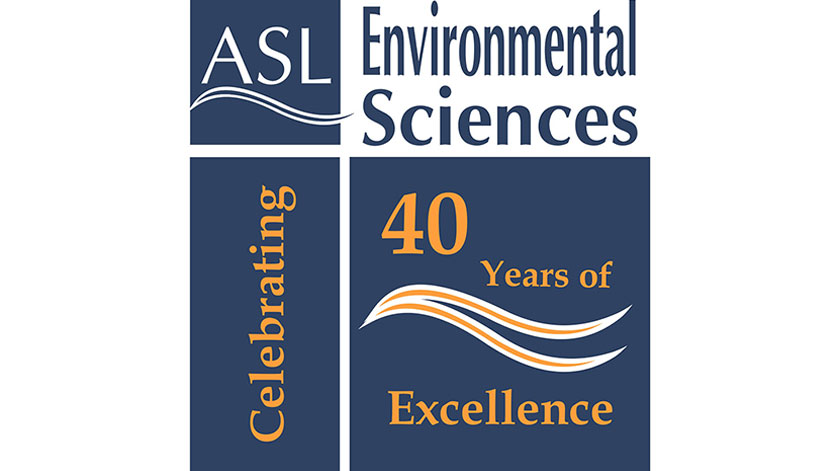 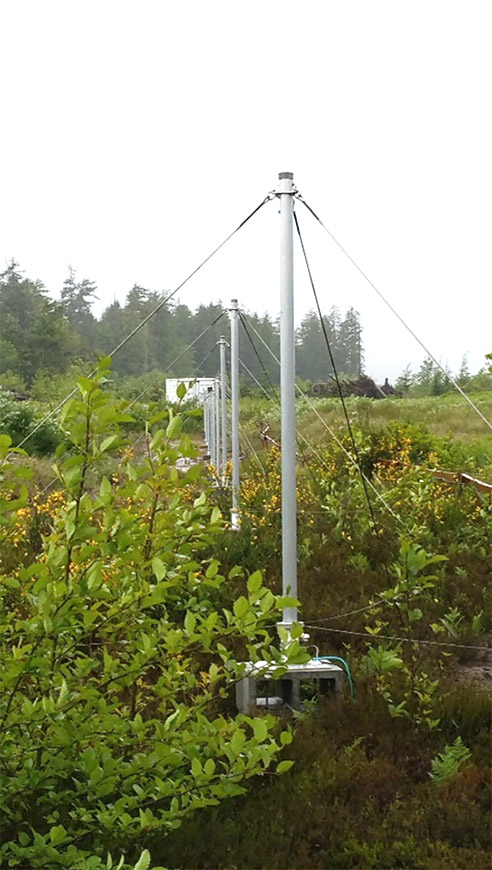 The primary goals of the radar, which provides oceanographic data and tsunami monitoring in near real-time under all-weather conditions, are to detect tsunamis generated off the west coast of Vancouver Island and, in the future, provide valuable warning time to decision makers and for those in harm's way.

On October 14, 2016 at 05:45 UTC the ocean radar system sent out a tsunami alert after it detected and identified the distinctive signatures of a changing surface velocity (Fig. 2) potentially associated with a tsunami. There was, however, no seismic activity at that time to trigger an earthquake-generated tsunami. Although there was no tectonic activity, the system did record an event with an unusual wave propagation current that coincided with the passage of an atmospheric cold front. Weather conditions around October 14th were characterized by strong winds and a stormy sea state caused by the remnants of Typhoon Songda 2016, a tropical disturbance formed west–south–west of Hawaii that crossed the Pacific Ocean and struck the Pacific Northwest region of the United States and Canada as a powerful extratropical cyclone. The abrupt changes in atmospheric pressure generated a meteorological tsunami also known as a meteotsunami. (Fig. 3) 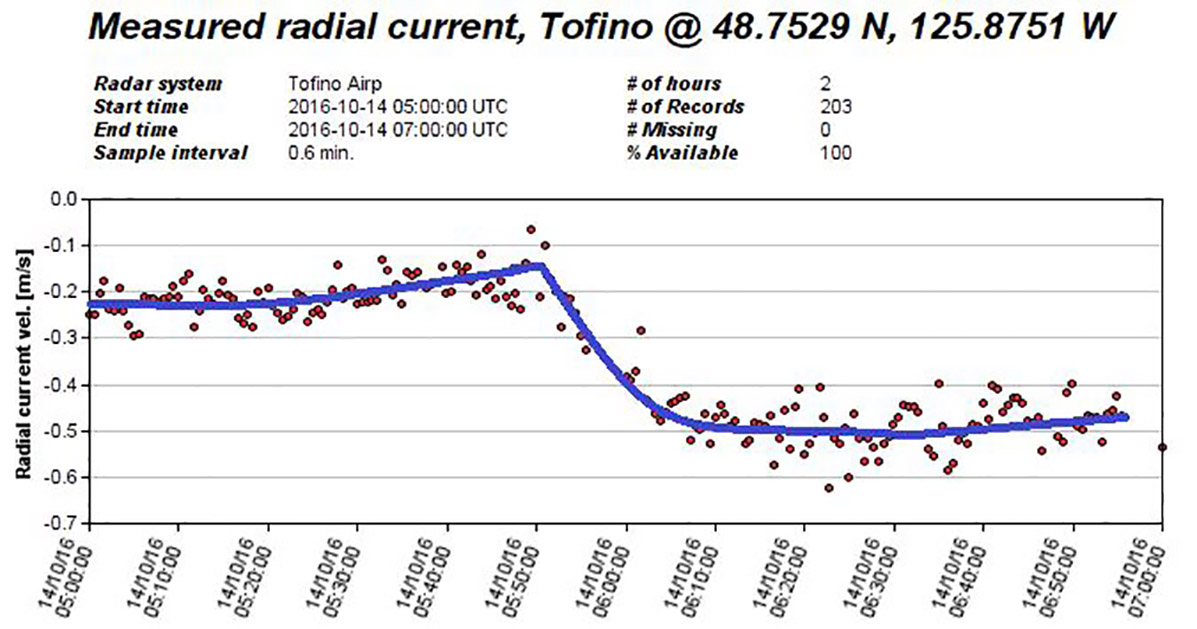 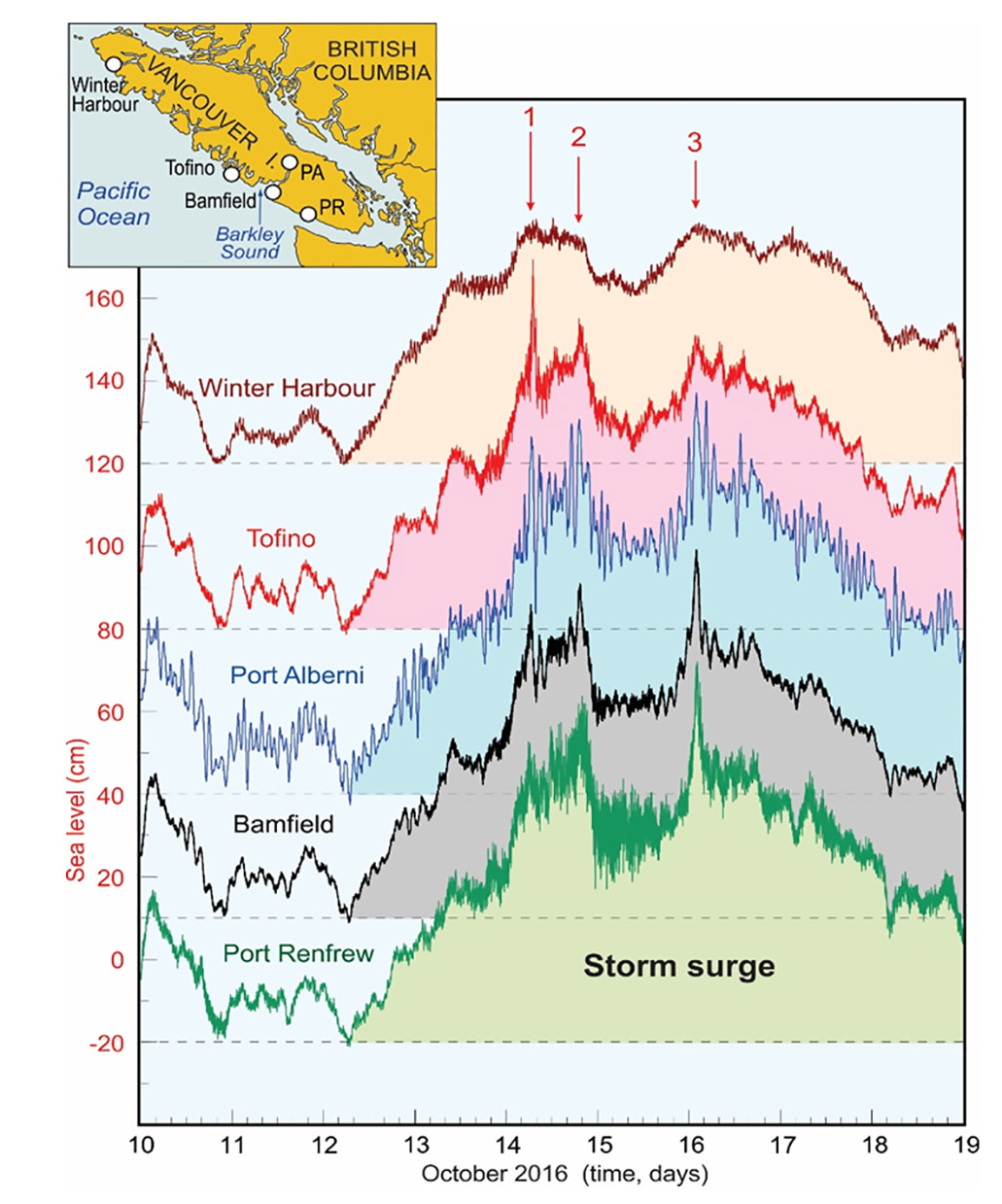 This meteotsunami was relatively small, with a maximum wave amplitude of 20 cm measured at the Tofino tide gauge (Fig. 4). Dr. Alexander Rabinovich from the Institute of Ocean Sciences in Sidney, British Columbia later confirmed that the meteotsunami was accompanied by strong storm surge, infra-gravity waves and a seiche, all of which were hazardous events. The signature of the event in the surface currents was detected by the WERA® system approximately 60 km offshore, more than 20 minutes before the first wave reached the coast. 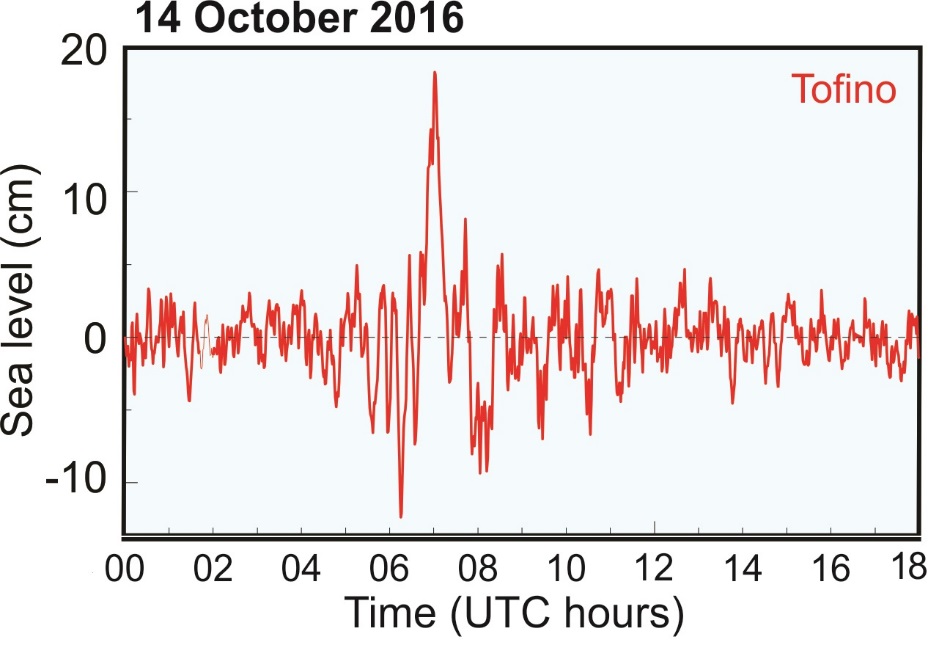 Fig.4. Residual sea level record from the Tofino tide gauge showing the meteorological tsunami of October 2016. (courtesy of Dr. A. Rabinovich). (Above)

Maps of radial surface current velocities measured by the WERA system for different times during the event are presented in Fig. 5. The images show a fast intensification (dark blue colour) in the incoming (negative) surface currents. However, it is not easy to recognize the tsunami signatures in currents due to the superposition of the tidal currents. To identify hazardous waves, the WERA system uses a specially developed intelligent algorithm and generates tsunami detection probability maps based on measured residuals of current velocities. The tsunami pattern during the October 14 event was first detected 60 km offshore as the currents were approaching the coast (Fig. 6). The total observation time of the event was about 1.5 hours. 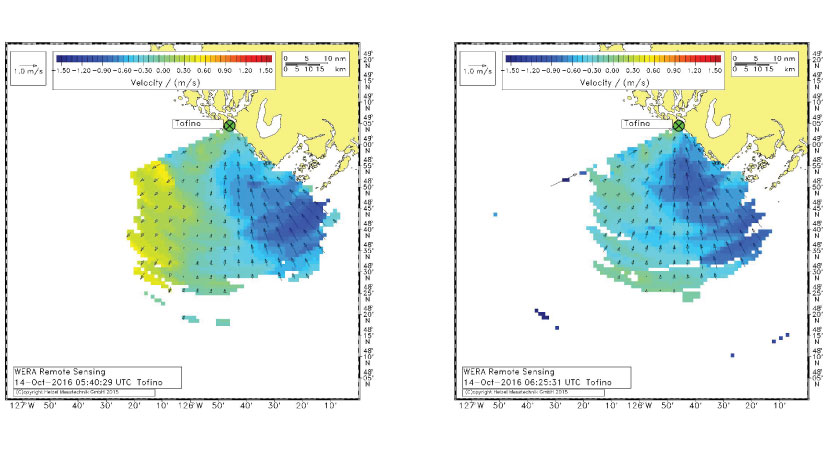 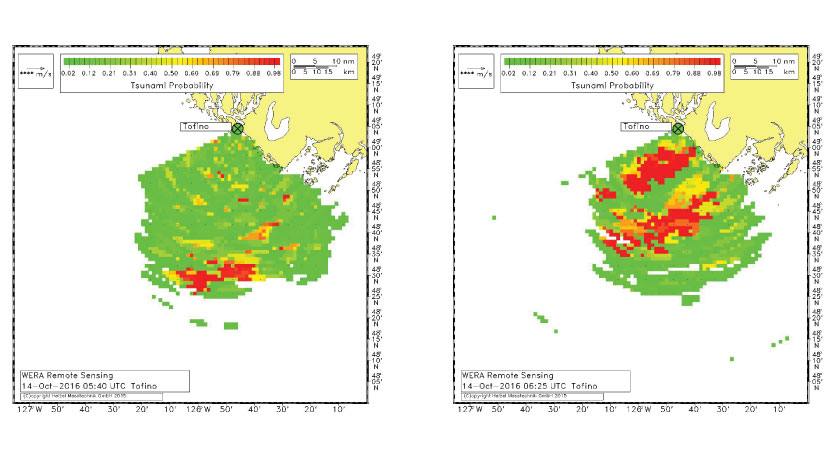 Post-analysis of data from the tide gauge in Tofino showed a sea-level disturbance with a maximum height of 80 cm near shore (Figs. 3, 4). However, the radar was able to detect signatures of the event 20 minutes before the waves reached Bamfield and one hour in advance for Tofino. The radar data from the British Columbia coast demonstrates the high sensitivity, reliability and potential of WERA for hazardous event detection and its value for early warning systems. The array-type version of the ocean radar WERA has the unique performance to provide ocean current measurements with high resolution within a delay of just two minutes, which is sufficient for time-critical applications like Tsunami detection. In June 2017, ONC hosted a two-day international workshop with 34 participants from France, Germany, Canada and the USA that discussed WERA radar and the multi-purpose use of the data generated by this instrument. A new working group for WERA radar research has been established to work on the radar data and future research proposals. The working group will have WERA radar data from different tsunami events available for all international collaborators. Material from the workshop is available here.

Expedition to Understand Causes of 2004

Prepare for Subsea Prosperity with Radar

Pipeline and Pigging Highlighted at Subs

Inaugural Event to Focus on Subsea and D

Trelleborg Celebrates Over 20 years of E