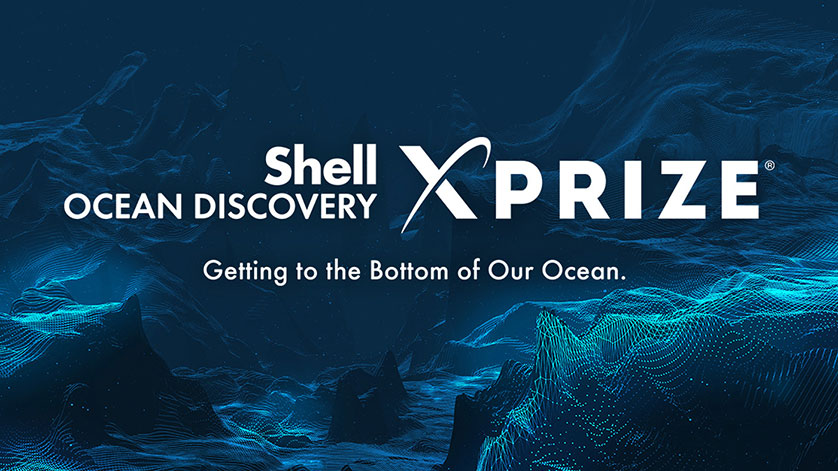 Dr. Jyotika Virmani, a senior director at XPRIZE Foundation, a nonprofit innovation engine, will announce the semi-finalists of the $7 Million Shell Ocean Discovery XPRIZE during ‘Catch the Next Wave’ (CTNW), the future-focused conference taking place on the final day of Oceanology International North America (OINA) at the San Diego Convention Centre next week (February 14-16).

The Shell Ocean Discovery XPRIZE is a global, three-year competition challenging teams to advance breakthrough technologies for rapid and unmanned ocean exploration. It is part of XPRIZE’s 10-year Ocean Initiative – a commitment made to launch five multi-million dollar prizes by 2020 to address critical ocean challenges and inspire innovation that helps create an ocean that is healthy, valued and understood.

Up to 25 semi-finalists chosen from the 32 teams currently participating in the Shell Ocean Discovery XPRIZE will be announced during the Catalyzing Innovation CTNW conference session on February 16th. Semi-finalists will move forward to Round 1 testing starting in September 2017, where their entries will need to reach depths of 2000m and produce high-resolution images from the deep-sea as they race to map a 500 km2 area. Qualifying teams will move onto Round 2, with September 2018 deep-sea tests challenging the teams to operate their solutions at depths of 4000m. The winning team will be announced in December 2018.

“Creation, innovation and exploration drive scientific discovery and technological advancement. The synergies we see in the technologies highlighted at Oceanology International North America and Catch the Next Wave drive these advancements and will truly change our understanding of the marine realm,” said Jyotika Virmani, Ph.D., prize lead of the $7M Shell Ocean Discovery XPRIZE and senior director of XPRIZE’s Planet and Environment domain. “At this meeting, XPRIZE will be announcing the Shell Ocean Discovery XPRIZE semi-finalist teams and the diversity of next generation technologies moving into the first round of deep-sea testing.”

XPRIZE semi-finalists will also have a shot at a $1 Million bonus prize established by the National Oceanic and Atmospheric Administration (NOAA), which will incentivize teams to pioneer underwater sensing technologies that detect biological and chemical signals and trace their source. This will allow development of rapid emergency response in addition to discovery and monitoring of new marine life and underwater communities in ways that never existed before.

Historically a standalone event, the fourth edition of the one-day Catch The Next Wave conference has been incorporated into the OINA agenda as an addition to the final day of a strong conference program and exhibition, which has attracted the leading experts and professionals from the North American and global ocean science and marine technology communities to attend the event at the first OINA in San Diego next week.

This edition of CTNW, which is delivered in association with UC San Diego Scripps Institution of Oceanography has a very special focus, with VIP guest, ocean science pioneer and ‘living legend’ Walter H. Munk in attendance. During the year of his 100th birthday, the renowned Scripps oceanographer Walter Munk will be honored for his outstanding contribution to ocean science and technology.

In addition to the XPRIZE semi-finalists announcement, the Catalyzing Innovation session at CTNW will also feature several other industry prizes, including The Society for Underwater Technology Oceanography Prize, The Vincent Cardone Memorial Prize for Marine Meteorology and The Oceanology Lifetime Achievement Award.

Find out more about the Shell Ocean Discovery XPRIZE here.