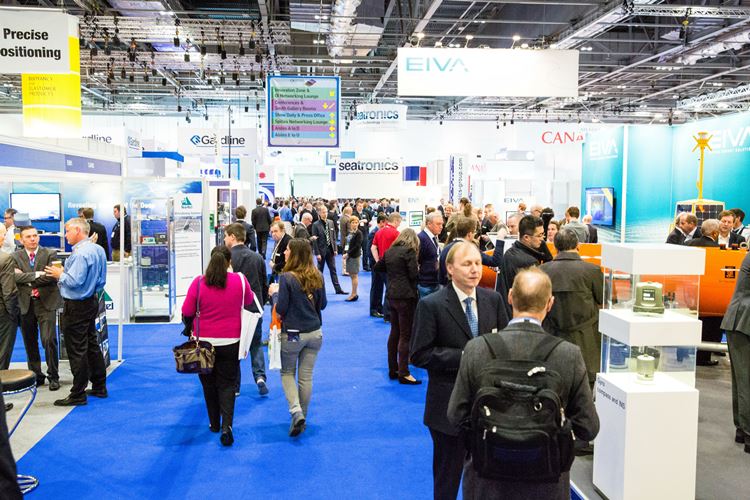 Advancing technology is allowing us to work with the ocean in ways that were previously impossible, which will lead to an exponential growth in the economic value of the sea. That development will be a significant growth factor in the global economy, but only if done right, “right” meaning a balance of economic growth, with responsible stewardship based on science and information derived from ocean monitoring and observing.

The ‘Marine Technology and Services Sector Role in the Blue Economy’ day-long conference at Oceanology International 2016 (OI 2016), the world’s largest marine science and ocean technology exhibition and conference track (ExCeL London, UK 15-17 March), will explore the latest trends in ocean observing, viewed through the lens of the ‘Blue Economy’. Like all OI conference sessions it is free-to-attend. Free online registration is at www.oceanologyinternational.com

Taking place on OI 2016 opening day, Tuesday 15 March, by means of a series of presentations drawn from a record number of abstracts, this programme will help attendees evaluate their own ocean science, technology, and economic activities through new perspectives and identify key trends that will influence future developments. This conference programme includes distinguished keynotes, two focused panels and an international roster of speakers.

“We are pleased to announce Tim Moltmann, Director of Australia’s Integrated Marine Observing System (IMOS) as the keynote speaker who will set the context of how a national ocean observing system is providing value locally, regionally, globally and underpins the ‘Blue Economy’,” explains Event Director, Jonathan Heastie of organisers Reed Exhibitions.

“IMOS is entering its second decade of operations, and while established under an Australian Government research infrastructure program to deliver ocean observations to marine and climate scientists, its open-data approach is translating into broader use of data streams including for operational uses and applications. Further, the two panels will look at the topic of the ‘Blue Economy’ from the perspectives of the ocean observing networks and also from new technologies provided by industry.

“We have worked with two key players on creating this conference stream, Zdenka Willis, Director, U.S. Integrated Ocean Observing System (IOOS) Program, and Justin Manley, Founder of Just Innovation LLC,” explains Jonathan Heastie. “The programme they have devised is highly topical and a ‘must-attend’ session of interest to our broad exhibitor and visitor base. We are looking forward to a packed hall throughout the day.”

Zdenka Wills, Director US IOOS explains: “I am excited to co-chair another Oceanology International conference highlighting the scientific and technical developments in ocean observing and the positive impacts they bring to our global ocean community.”

While Justin Manley, Managing Director Just Innovation LLC adds: “The two panels in this programme will provide concentrated, high quality, information about trends in operational ocean observation systems and innovative technologies that will shape the future of the sector.”

Down to detail
Following opening remarks from Zdenka Willis, keynote speaker IMOS Director Tim Moltmann will take to the lectern to deliver ‘From observation to impact – an Australian perspective on development of the Blue Economy. Eric Comerma, Director International Services, RPS ASA will follow with ‘Operational data management in support of search & rescue operations in the Central Mediterranean Sea’, after which a panel session ‘Ocean observing systems – focus on the Blue Economy will involve four panellists.

Their stimulating 70 minute discussion will be followed by a presentation on ‘Ocean pH measurement: An in situ microfluidic’ by University of Southampton PhD student, Tianya Yin.

The final session of the day sees three strong presentations, the first from Rob Smith, Managing Director, Fugro Global Environmental and Ocean Sciences Inc on ‘Remote Ocean Current Imaging System’; this is followed by ‘Project Azul: An ocean observing system focused on offshore O&G operations’ by PROOCEANO’s General Manager, Mauricio Fragoso; and the final presentation by Caroline Acton, Metocean Business Development Manager, Met Office is on ’Seasonal forecasting: an innovative system to ensure safe and efficient marine activities within a Blue Economy’. Following the 10-minute wrap up, it’s time for all attendees to join the networking evening on the exhibition showfloor.

OI 2016 is staged in partnership with the SUT and with The Hydrographic Society UK; the Institute of Marine Engineering, Science & Technology (IMarEST); the International Marine Contractors Association (IMCA); the Marine Technology Society (MTS); and the Society of Maritime Industries (SMI) as endorsing organisations.

Further information on all aspects of Oceanology International including visitor registration is available online at www.oceanologyinternational.com and OITeam@reedexpo.co.uk