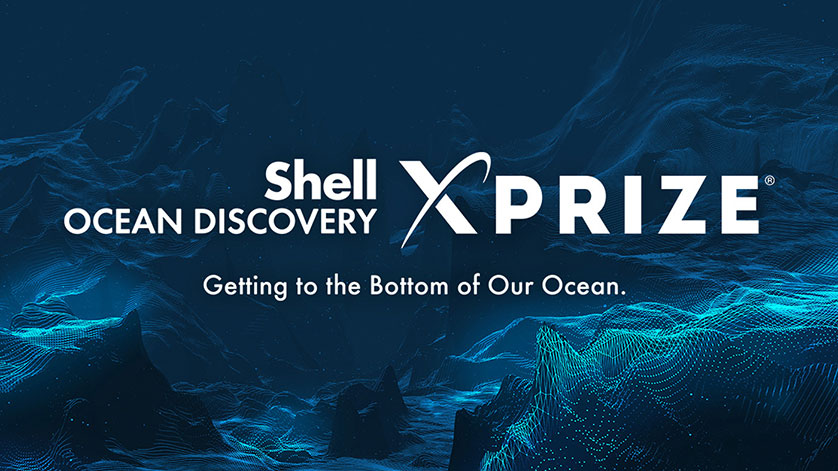 XPRIZE, the global leader in designing and operating world-changing incentive competitions, has announced the deep sea off Kalamata, Greece, has been chosen as the field testing location for finalist teams competing in the $7M Shell Ocean Discovery XPRIZE.

Deep sea, real-world testing is a key stage in the three-year global competition challenging teams to advance ocean technologies for rapid, unmanned and high-resolution ocean exploration and discovery. In this final field-testing round for the Grand Prize of the competition, which starts in November and runs through December, the teams have up to 24 hours to map at least 250 km2 of the ocean seafloor - an area that is nearly three times the area of Paris - to depths down to 4,000 meters – a cold, dark and high-pressure environment that is more than twice as deep as the Grand Canyon.

On the southern coast of Greece, each team will launch and recover their autonomous underwater technologies from XPRIZE’s Mission Control in Kalamata. The competition area is approximately 500 km2 and includes a number of underwater features. Finalist teams have to launch from shore and their entries must travel to the competition location by water or air and, with restricted human intervention, map at least 50 percent of the area – 250 km2 – at five meters resolution and at depths down to 4,000 meters, identifying and imaging at least ten archeological, biological or geological features at any depth, all within 24 hours.

“We are excited to be bringing this XPRIZE to Greece, an amazing country with a long history of scientific and technological advancements that have benefited the world,” said Jyotika Virmani, Ph.D., prize lead and senior director of XPRIZE’s Planet and Environment team. “The Shell Ocean Discovery XPRIZE competing teams are creating breakthrough technologies designed to operate in extreme conditions, with the goal of rapidly mapping an area that has not previously been mapped at such high resolution; we are providing the teams with an environment that is full of mystery and geological features that will offer a true test of their technologies.”

The Shell Ocean Discovery XPRIZE has the support of the Government of Greece, including the Ministries of Foreign Affairs, Maritime Affairs and Insular Policy, Education, Research and Religious Affairs, Shipping, and Culture and Sports. The operational team is also working with multiple other organizations, including the National Centre of Scientific Research Demokritos, Office of the Mayor of Kalamata, Municipal Port Fund of Kalamata, Hellenic Coast Guard/Central Port Authority, and the Hellenic Center for Marine Research to ensure smooth operations by providing logistical assistance. Competition organizers also continue to work with Fugro, an industry leader in ocean mapping; and Esri, the global leader in geographic information system (GIS) software. XPRIZE is also partnering with Singularity University, which is hosting the SingularityU Greece Summit in November, at which Dr. Peter H. Diamandis, XPRIZE founder and executive chairman of XPRIZE, will give the opening keynote and Dr. Virmani will discuss the Shell Ocean Discovery XPRIZE.

“We are proud that Kalamata was chosen to be the host city to this international competition and are happy to be able to provide the infrastructure and logistics to support the demonstration of new and exciting technologies,” said Panagiotis Nikas, mayor of Kalamata. “The waters surrounding Kalamata provide teams in the Shell Ocean Discovery XPRIZE with a unique and varied underwater landscape for exploration, and we look forward to supporting their work in this important final round of real-world testing.”

At the end of the competition, a $4M Grand Prize and $1M Second Place Prize will be awarded to the teams that receive the top scores for demonstrating the highest resolution seafloor mapping. After the competition has ended, the high-resolution seafloor map will be used by NCSR-Demokritos, the largest research center in Greece, and their Institute of Nuclear and Particle Physics as part of a worldwide scientific collaboration to establish a new generation Neutrino telescope in the Mediterranean.

A secondary test location to support the National Oceanic and Atmospheric Administration (NOAA) $1M Bonus Prize will take place in early 2019, once the Grand Prize testing has been completed. This will give all Bonus Prize finalist teams an opportunity to test their technologies and will determine the Bonus Prize winner. In this prize, competing teams will need to demonstrate that their technology can “sniff out” a specified object in the ocean by tracing a biological or chemical signal to its source.

For the latest information about the competition structure, important dates and the finalist teams please click here.