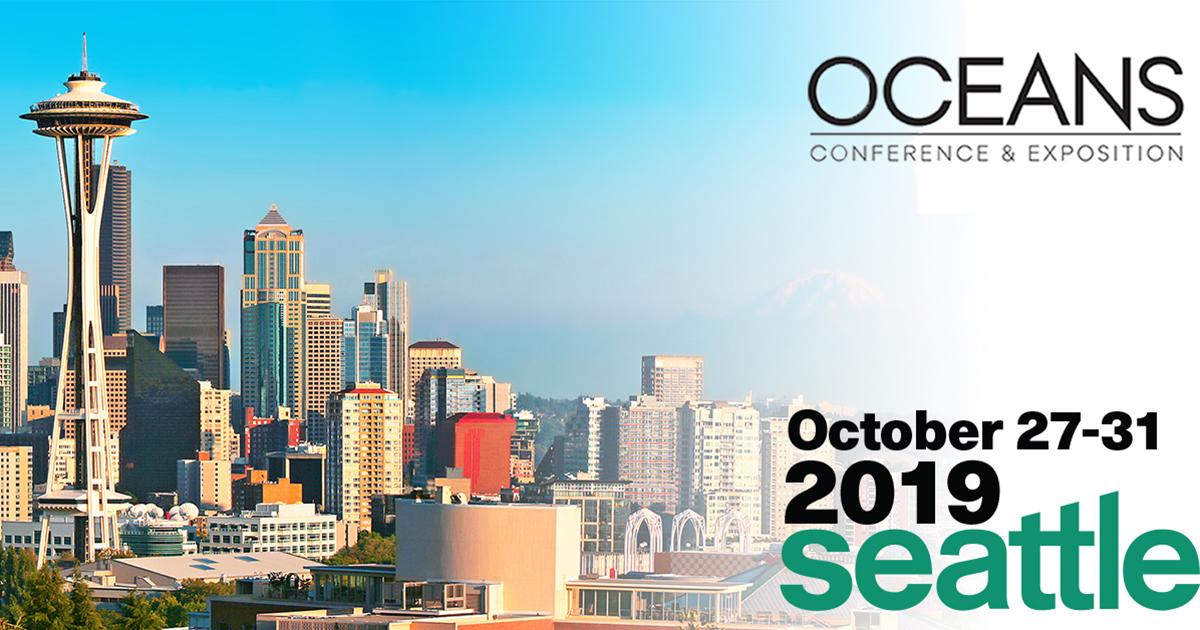 Organizers expect more than 1,500 scientists and engineers to attend OCEANS 2019 Seattle, scheduled for October 27-31, at the Washington State Convention Center. More than 300 scientific research papers and posters will be presented at the annual fall OCEANS Conference that connects ocean researchers with the engineers and companies making instruments, vehicles, and other technologies vital to their work.

"OCEANS is a premier event in the community of ocean technologists, and Seattle is an ideal venue, given its geography and its rich tradition in marine technology. We're looking forward to an exciting set of presentations and exhibits," says Marine Technology Society President Richard W. Spinrad, Ph.D., Chartered Marine Scientist.

To that end, OCEANS 2019 Seattle scheduled special sessions on Tuesday, October 29, to focus on these issues including a panel discussion on the upcoming United Nations Decade of Ocean Science for Sustainable Development; at Federal Agency Town Hall with leading representatives from seven agencies discussing their vision for government collaboration on ocean observing; and, a special Town Hall that explores the global challenge of handling marine debris. Moderated presentations by panels of experts will be followed by breakout sessions and discussions for participants to formulate recommended action-steps and policies going forward.