For decades scientists have investigated the influence of the world’s oceans in trapping greenhouse gasses.

But a groundbreaking new study involving an academic from Heriot-Watt University has found ocean waves play a greater role in this process than previously understood.

The research, published in Scientific Reports, shows that when waves break on the surface, such as in high winds, a substantial number of bubbles are injected to depths of at least one meter. These bubbles tend to partially dissolve, releasing carbon dioxide into the water. The discovery means an increase in the current global estimates of the oceanic sink of carbon dioxide and rates of ocean acidification. 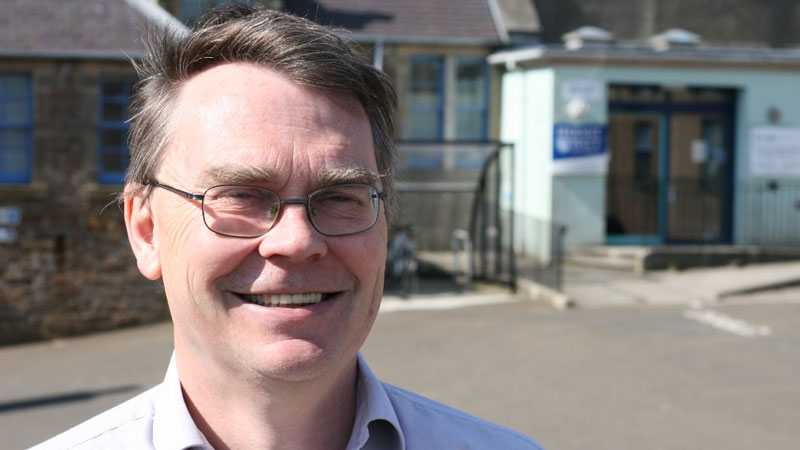 Led by the University of Southampton, the study was published in collaboration with UK-based scientists including Dr David Woolf of Heriot-Watt’s Orkney Campus. He applied his expertise in modelling the processes of air-sea gas exchange for the project and said: “The role of bubbles in the air-sea exchange of gases has been of interest for decades, but firm conclusions have been prevented by a lack of adequate data. Participation in this project has been very rewarding since measurements are finally giving us the information we need.”

The results of the study, titled ‘Asymmetric transfer of CO2 across a broken sea surface’, indicate a much larger imbalance of carbon dioxide than previously suggested, contradicting an assumption inherent in most existing estimates of ocean atmosphere gas transfer.

The research could help the science community gain a stronger understanding of the influence of the ocean in contributing to global climate control.

“However, our data suggests that in stormy seas the bubble-induced asymmetry in atmospheric carbon dioxide dissolving into the oceans, as compared to previously dissolved carbon dioxide being released back into the atmosphere, is many times greater than scientists currently estimate.

“The excess Co2, which gas dissolves into stormy seas through bubbles, will increase as the proportion of CO2 in the atmosphere increases.”

The study was published in collaboration between Professor Tim Leighton, his PhD student Dr David Coles, Professor Paul White at the University of Southampton’s Institute of Sound and Vibration Research, Professor Meric Srokosz from the National Oceanography Centre and Dr David Woolf.

The research team have passed on all of their methods, equipment, computer codes and findings to other groups around the UK for further investigation.

The findings were reported during Heriot-Watt’s Year of the Sea 2018, a calendar of engagement spanning schools, the public, academia, industry collaborators, funders and policy makers.

Keep up-to-date with Year of the Sea here.