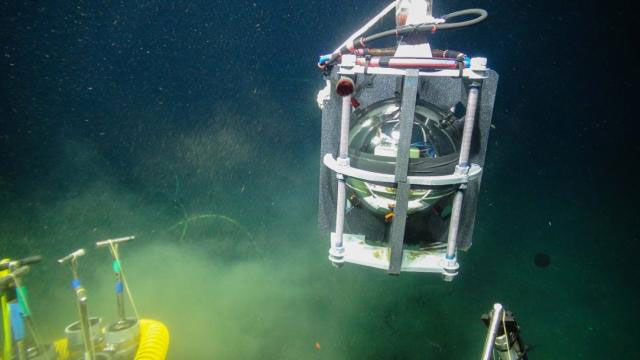 In February 2016, the Government of British Columbia announced an investment of $5 million to develop an earthquake early warning system that will provide British Columbians with up to 90 seconds of warning in advance of the arrival of ground shaking after the 'Big One' occurs. The Cascadia subduction zone is an active seismic region that is expected to produce a major earthquake in the future. An early warning alert will save lives and protect infrastructure. 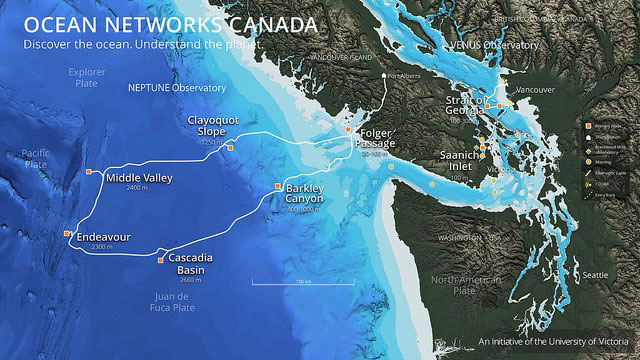 With the support of the University of Alaska’s exploration vessel (E/V) Sikuliaq and Woods Hole Oceanographic Institute’s remotely operated vehicle Jason, ONC deployed the EEWS sensor on the Cascadia subduction zone during its recent Expedition 2016: Wiring the Abyss. This EEWS sensor — a Titan accelerometer — is encased in a glass sphere to withstand the pressure in water depths of 850 m at Barkley Canyon.

“We are among the first in the world to install these types of sensors in the ocean for earthquake early warning,” says Kate Moran, president of Ocean Networks Canada.