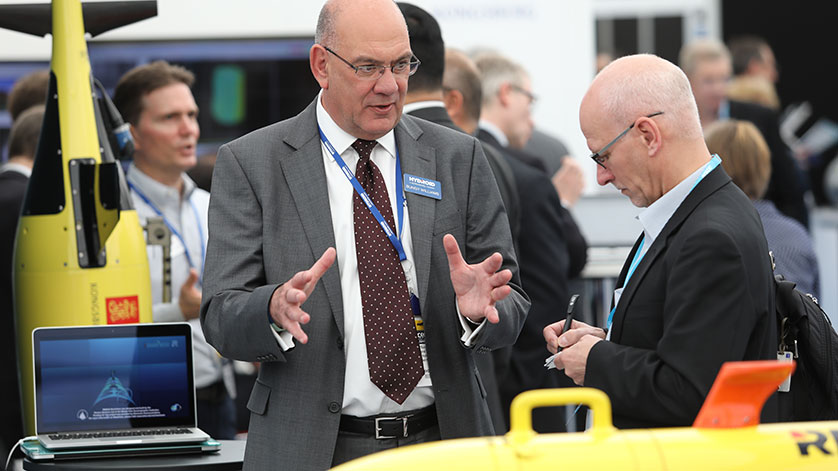 As one of the most unmissable events in the ocean technology calendar, exhibit space at Ocean Business 2019 is already 80% sold. With still more than 18 months until the show is due to take place at the National Oceanography Centre, in Southampton UK, the organizers have been overwhelmed by how quickly re-bookings have been flooding in; “Never before have we had such an incredible response to re-booking exhibition space.

Exhibitors see Ocean Business as the perfect platform to seek out new opportunities for a relatively low cost. Such a rapid and positive response has been astounding!” exclaimed Cheri Arvonio, event manager.

Anthony Hammond, marketing manager at Sonardyne explains why they have been quick to rebook their stand: “Ocean Business is one of the most pivotal exhibitions in our calendar. It has always been a great show for us to meet new and existing customers within the ocean community. For us, it’s more than just a 9 to 5 exhibition, it’s a week of sharing, learning and innovation. We’re already looking forward to 2019 in Southampton”

Since the launch of Ocean Business in 2007, the show has nearly tripled in size, with 4350 people attending the 10th anniversary show held in April earlier this year. Established as a truly international event 38% of visitors were from outside the UK representing a staggering 61 countries. Despite the downturn in the industry, the 2017 show was more popular than ever and feedback from exhibitors came flooding in;

Laurie Smith from Del Norte, commented; “The best show. I get more leads at this show than I do at the other major show that I exhibit at in the UK” and Pam Mayerfeld from Turner Designs agreed by commenting “It has been excellent. Out of the two UK oceanographic shows at which we exhibit, this one is the best for us – no question!”

Charlie Foll from Atlantas Marine summarized the show as “One of the best shows ever” and Debbie Durgen from Klein Marine Systems commented: “The show has been phenomenal, it wasn’t just the quantity, it was also the quality!”

The 2019 event will see the same winning formula as in previous years with an international exhibition, three-day program of hands-on training and demonstration sessions, a cutting-edge conference, various associated meetings, Ocean Careers and an amazing line of up social events keeping exhibitors and visitors networking around the clock.

The organizers have now opened up the last few remaining stands to new companies wishing to exhibit. Interested parties are encouraged to be quick as every show to date has been a sell out and for a number of years there has been a long waiting list. Space won’t be available for long!