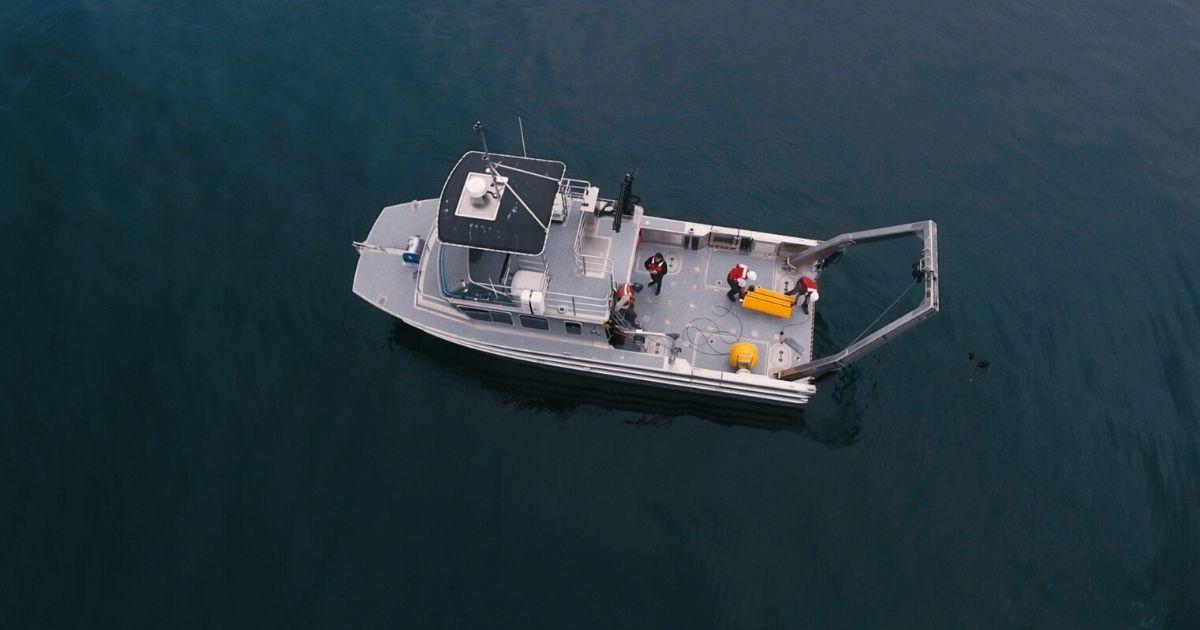 Understanding the three-dimensional nature of the ocean is becoming a critical focal point of ocean research, but it can be a costly affair.

Paired with Nortek current profilers, Del Mar Oceanographic’s Wirewalker is giving researchers from around the globe a cost-effective way to answer vital questions surrounding the functioning of ocean processes. This information helps improve environmental monitoring and climate forecasting, which in turn assists in developing measures to adapt to our changing climate.

Information on the three-dimensional structure of the ocean is proving increasingly vital for multiple research projects. These include characterizing the ocean mixed layers in order to improve weather and climate forecasting, monitoring environmental conditions, and exploring co-located measurements of physical and biological variability to unravel the links between physical processes and biological productivity. 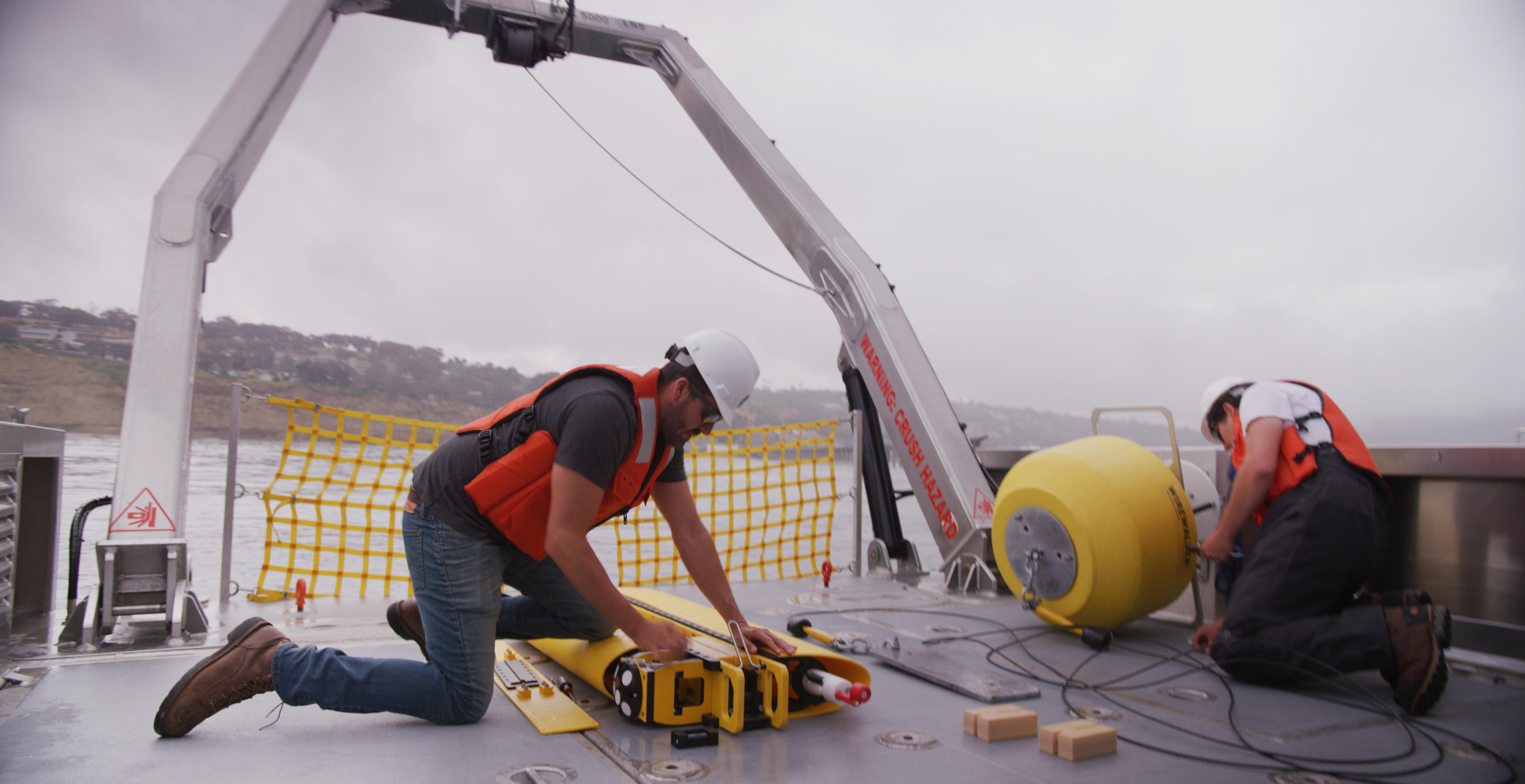 In coastal waters, physical and biological measurements are often taken from a single instrument attached to a permanent structure such as a pier, or from a series of instruments distributed along the length of a mooring. “A single instrument attached to a permanent structure doesn’t provide information regarding the vertical ocean structure, which is all-important. A series of instruments along a mooring is expensive, especially if many types of measurements are to be collected,” explains Dr. Andrew J. Lucas. He is Assistant Professor at Scripps Institution of Oceanography and Department of Mechanical and Aerospace Engineering at UC San Diego, and co-founder of Del Mar Oceanographic.

Further offshore, costs continue to mount. Here, instruments are lowered down and pulled up through the water column by diesel-powered winches on a ship.

Together with Dr. Robert Pinkel, Distinguished Professor (Emeritus) at the Scripps Institution of Oceanography and co-founder of Del Mar Oceanographic, Lucas has developed a cost-effective and easy-to-use mechanism for gathering such two-dimensional data – the Wirewalker, a platform that can safely move instruments throughout the water column to collect data. “The challenge is to see enough of the ocean in a single experiment that we can figure out how it works,” Pinkel says. 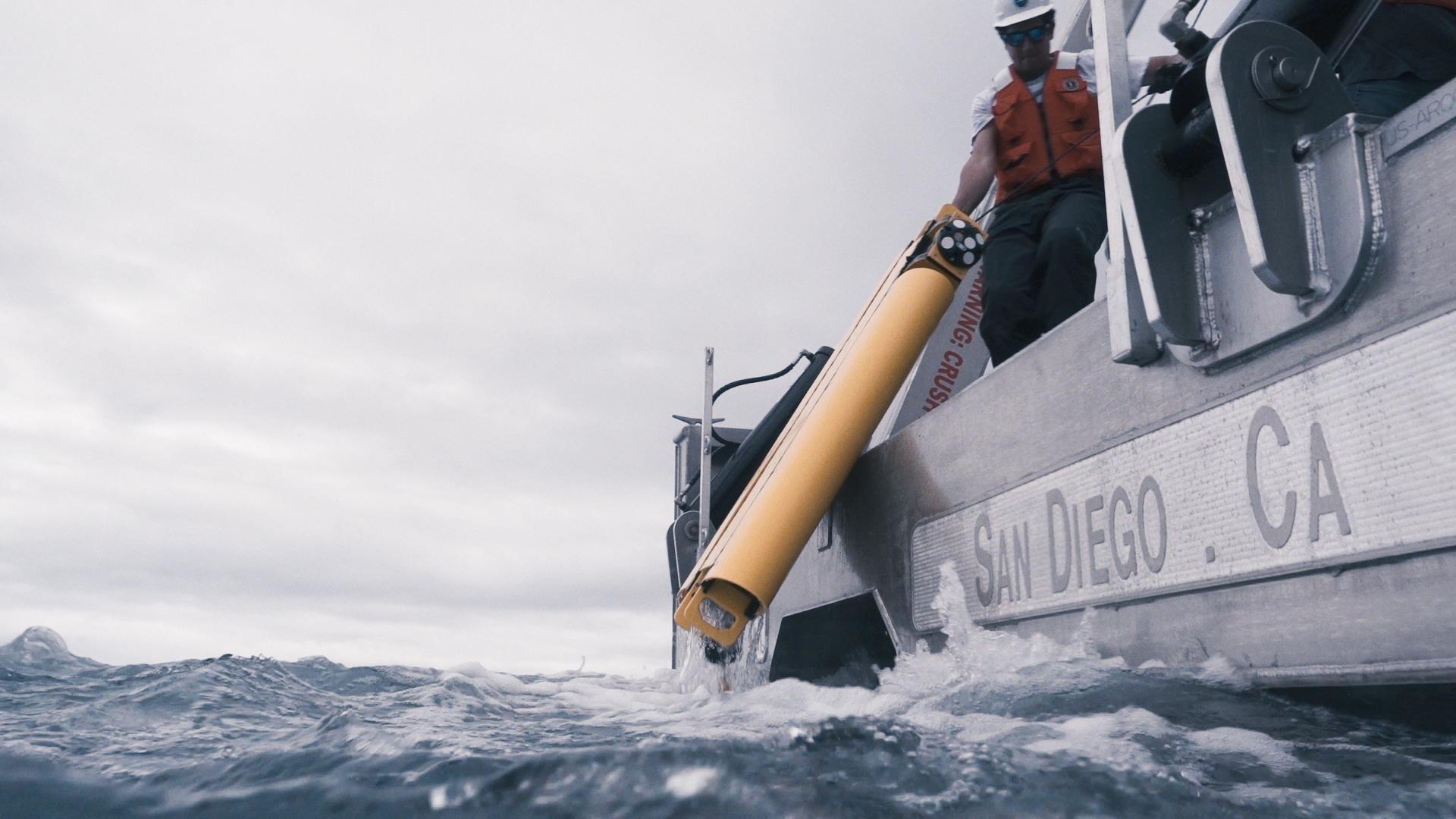 Nortek’s Signature1000 current profiler has been paired up with the Wirewalker to provide critical, high-resolution measurements of current velocity

Enabling the capture of more information from the ocean

“Typical instruments record a signal as a function of time at whatever position they are located,” Pinkel explains. “The Wirewalker can turn these one-dimensional signals into two-dimensional depth-time images, enabling much more ocean information to be collected and insight to be gained from experiments.”

With no need for electronics, motors or computers to control the Wirewalker’s movement, there are fewer moving parts to break down. On-board batteries are only used to power the attached instruments. 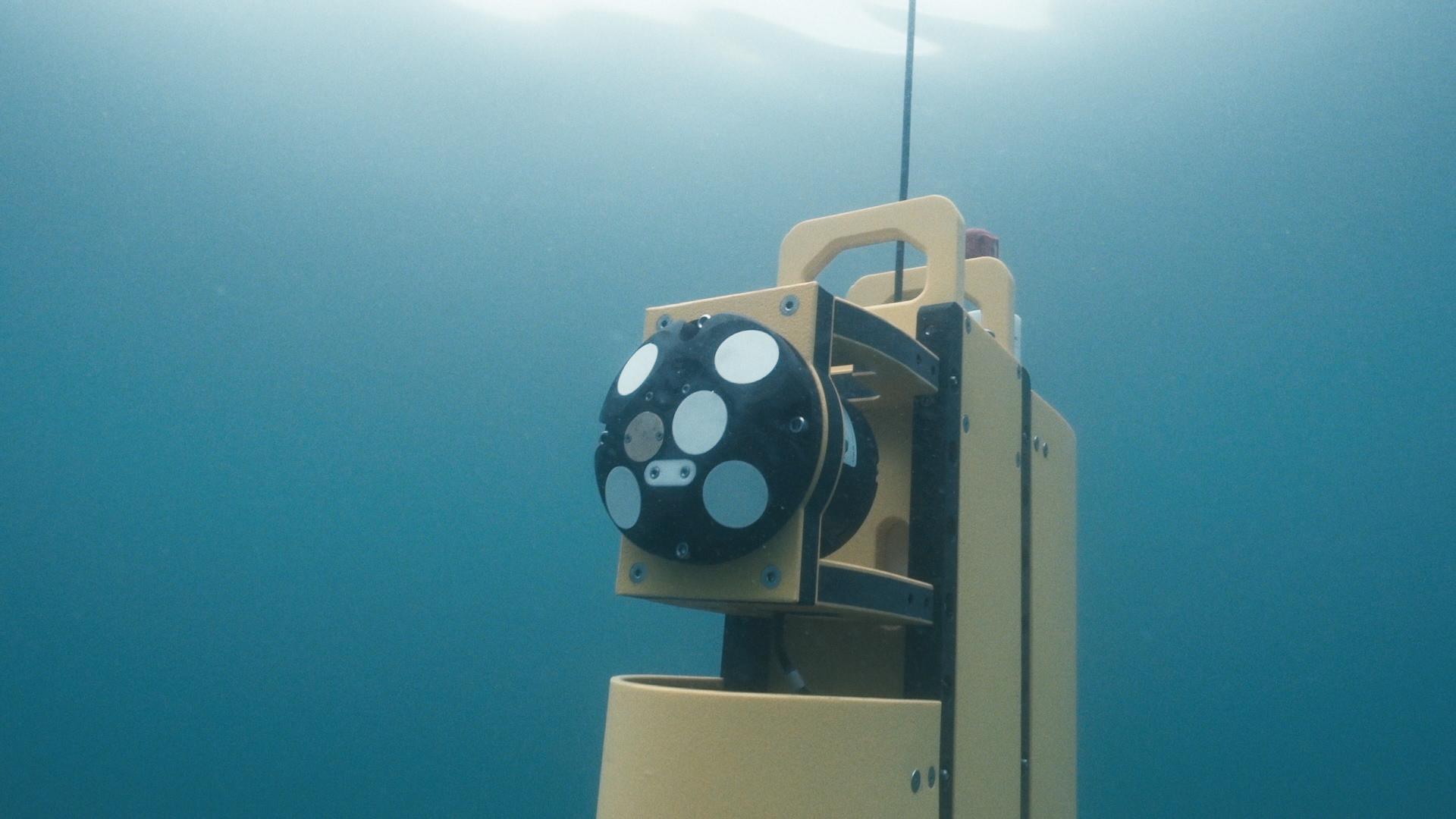 The Wirewalker can turn one-dimensional signals into two-dimensional depth-time images, enabling much more ocean information to be collected and insight to be gained from experiments

Crucially, the Wirewalker does not require a suite of specially designed instruments to capture data. For the most part, researchers can mount their existing instruments on the Wirewalker. “It is a force multiplier,” Pinkel states. “Almost any internally recording instrument can be mounted on a Wirewalker and used without extensive modification.”

The Wirewalker, which costs less than most of the instruments that it can carry, can be deployed as a single fixed mooring or as an array of moorings, or can act as a drifter. This flexibility makes it suitable for a range of different research programs.

Providing critical, high-resolution measurements in research projects across the globe

Since development began in 1998, researchers at Scripps Institution of Oceanography have paired the Wirewalker with several different instruments, including Nortek’s Aquadopp and Signature current profilers, which Lucas says have provided critical, high-resolution measurements of current velocity.

“Nortek has been very helpful in adapting the Aquadopp and Signature products to the Wirewalker platform,” Lucas reports, noting that the vertical movement of the platform presented a unique set of challenges that needed to be overcome during the Wirewalker’s development phase. 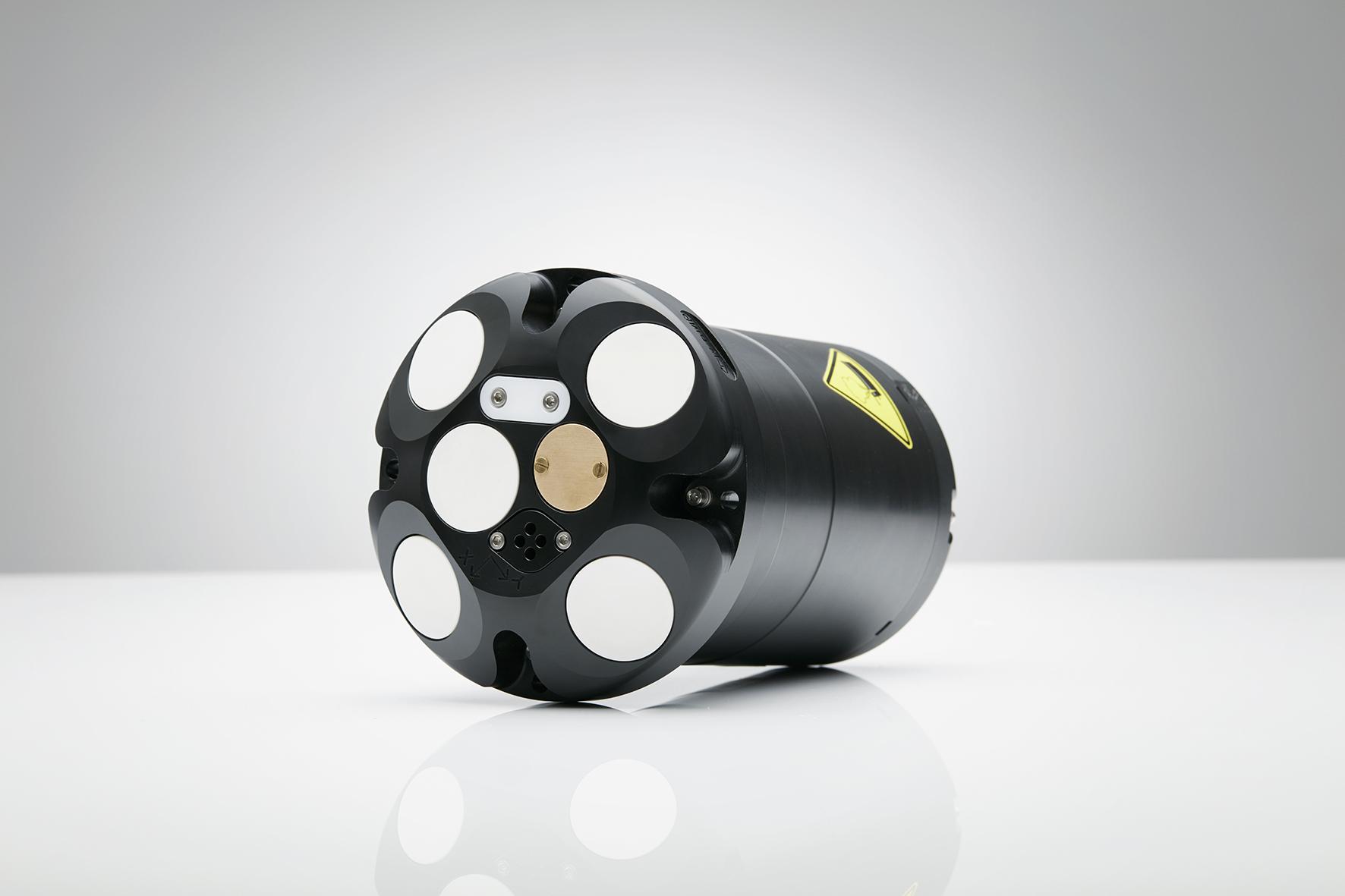 The Signature1000 is a versatile ADCP capable of measuring mean currents and turbulence, as well as wave height and direction

The Wirewalker/Nortek combination has been used in several locations around the globe, including by the USA’s Office of Naval Research funded projects in the Bay of Bengal, the North Atlantic and North Pacific, as well as by the Scripps Institution of Oceanography off the coast of southern California, USA. The projects have covered two broad areas of research: 1) characterizing ocean mixed layer velocities free from the influence of surface waves, and 2) obtaining vertical resolution of velocity fluctuations on small scales over large depth ranges.

One particular research project where the Wirewalker/Nortek combination has been particularly useful focuses on understanding how internal waves and other small-scale physical dynamics drive air–sea exchange. As Lucas explains, “The aim is to improve how the influence of the ocean on the atmosphere, and vice versa, are included in weather and climate forecasts.”

Another research project has successfully demonstrated the critical (and somewhat under-appreciated) role internal waves play on processes that control carbon fixation and productivity.

Commercial production of the Wirewalker started in 2015, though Del Mar Oceanographic is continually improving its usability for researchers, including accessibility to the data captured by any instruments mounted on it. “In many experiments, the data very quickly become more valuable than the Wirewalker and its instruments,” Pinkel says. The company is currently upgrading the Wirewalker’s ability to transmit data to shore via GSM, VHS and the Iridium satellite constellation. In the future, they will also harness wave energy to power the instruments that the Wirewalker carries, further extending the potential duration of deployments.