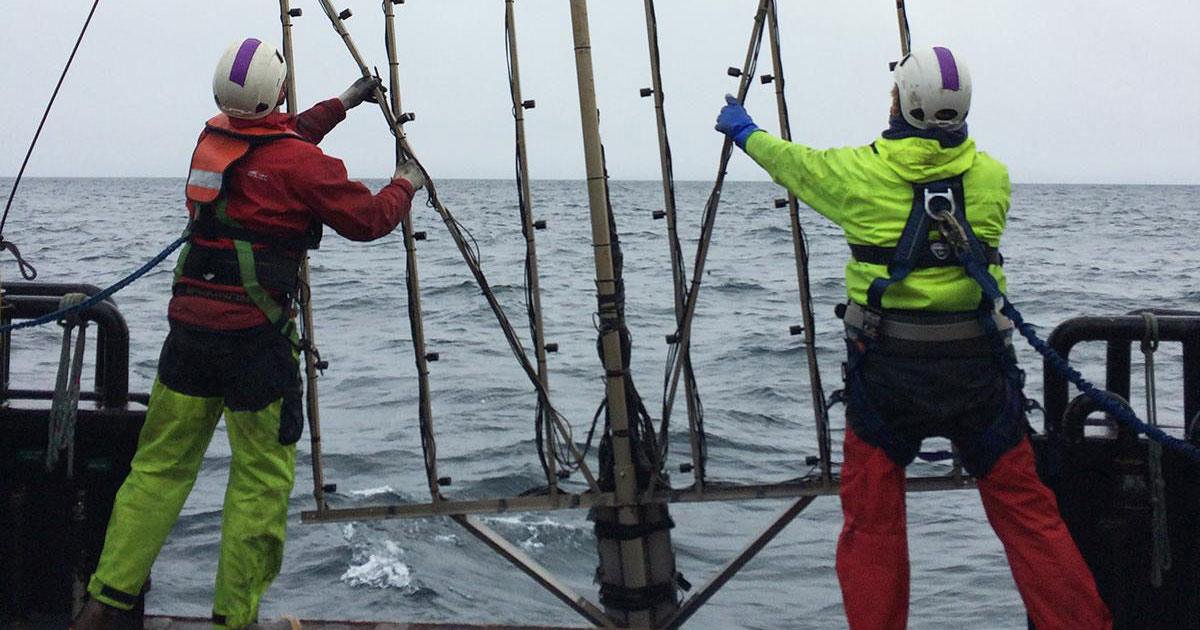 These buoys validated the Arctic researchers sound propagation theories and will continue to guide and validate theoretical studies in the Beaufort Sea from March 2020 to March 2021.

“Our job, in real time, does the tomography in the ocean with buoys,” said Altan Turgut, research physicist with NRL. “Every four hours they assimilate data into the ocean models.”

Ocean acoustic tomography is a technique that uses sound waves to image sections of ocean temperature and current. 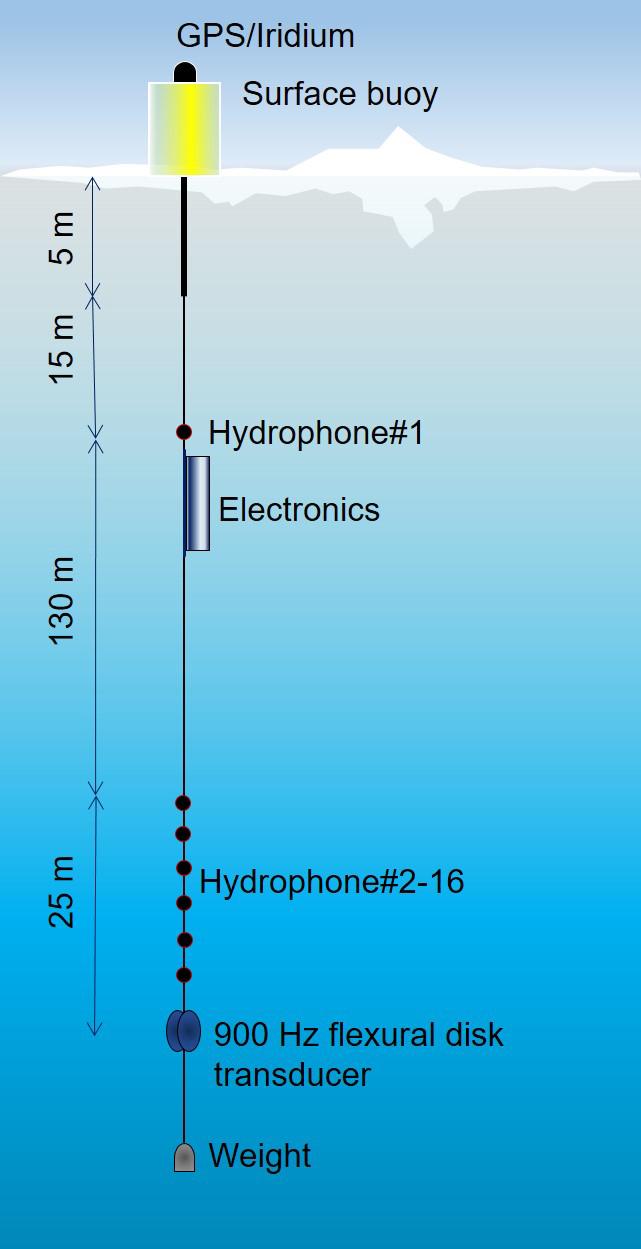 The buoys are a practical alternative to more traditional acoustic and oceanographic measurements techniques, because they provide real-time monitoring and operational capability. Additionally, they enable under-ice acoustic communication and navigation capability for mobile platforms such as ocean gliders and underwater autonomous vehicles. 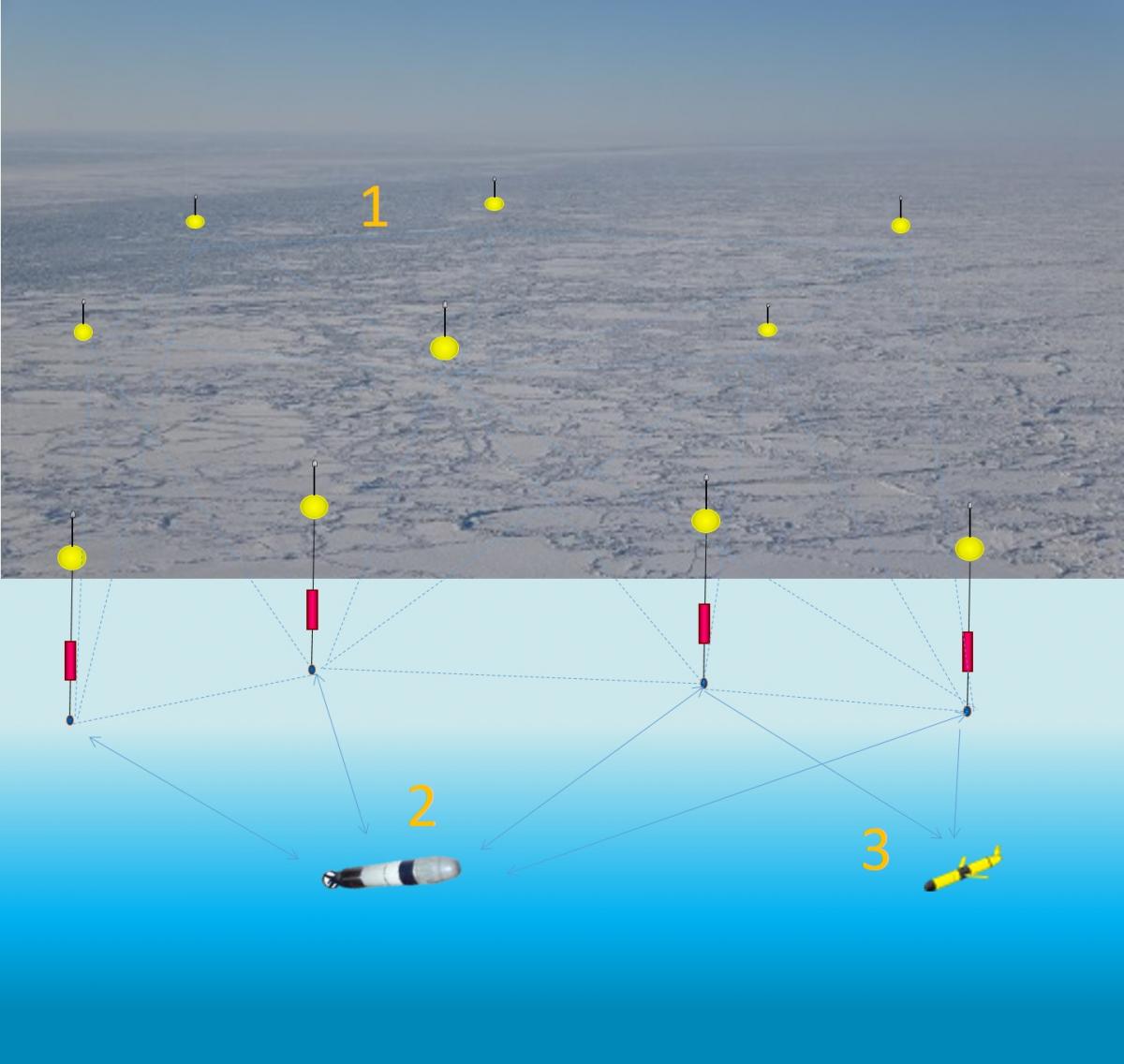 Turgut and his colleagues began to investigate the effects of changing ice characteristics in 2016 on mid-frequency sonar performance in the modern Arctic. Mid-frequency sonars have a frequency range similar to most common bird songs.

The researchers participated in several multi-institutional Arctic expeditions to assess the impact of changing sea ice on mid-frequency sonar performance.

Turgut and his team deployed several NRL-built acoustic and environmental mooring instruments during the multi-institutional Canadian Basin Acoustic Prorogation Experiment (CANAPE) in the Beaufort and Chukchi seas on the northeast and northwest shores of Alaska. 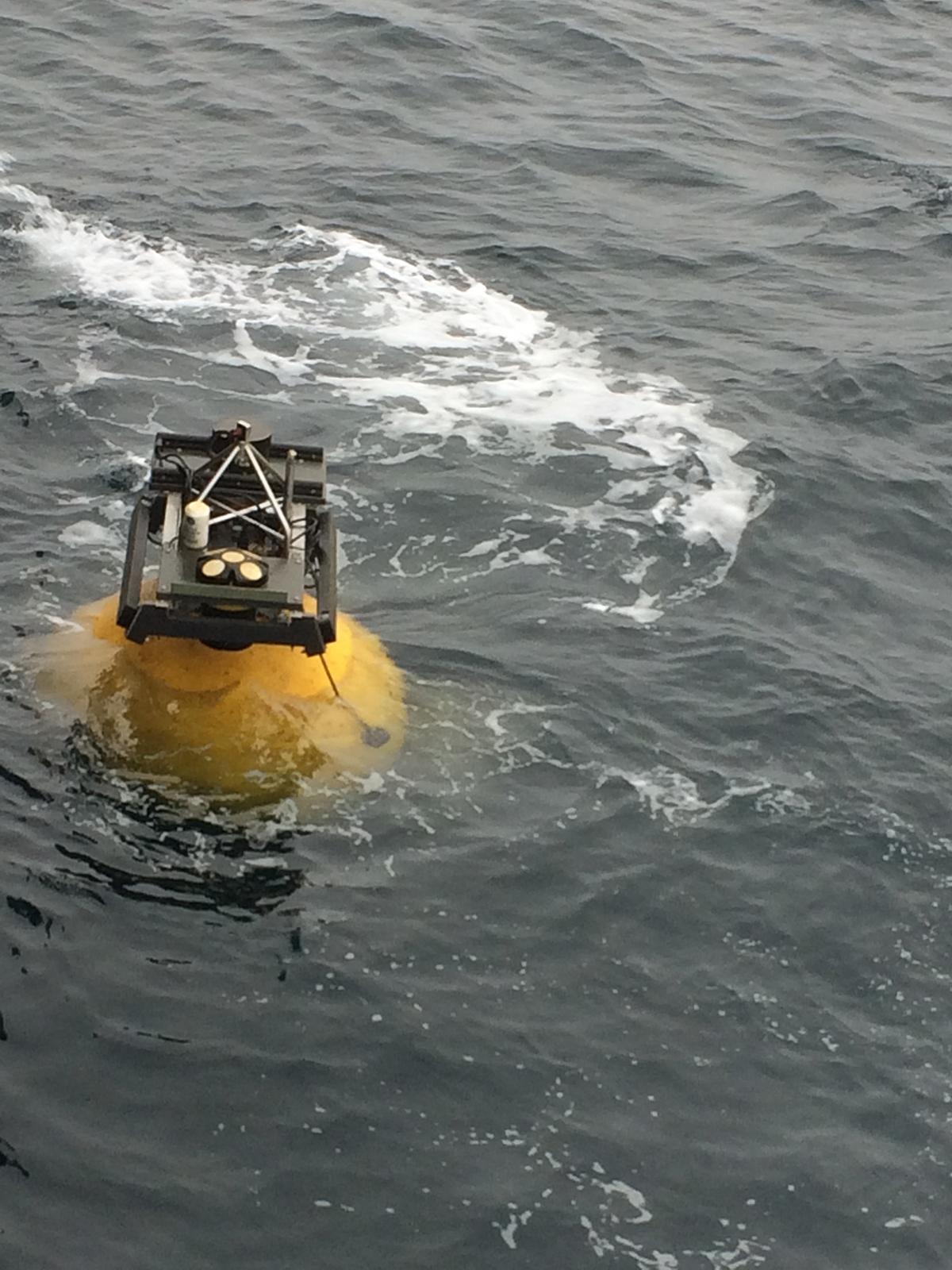 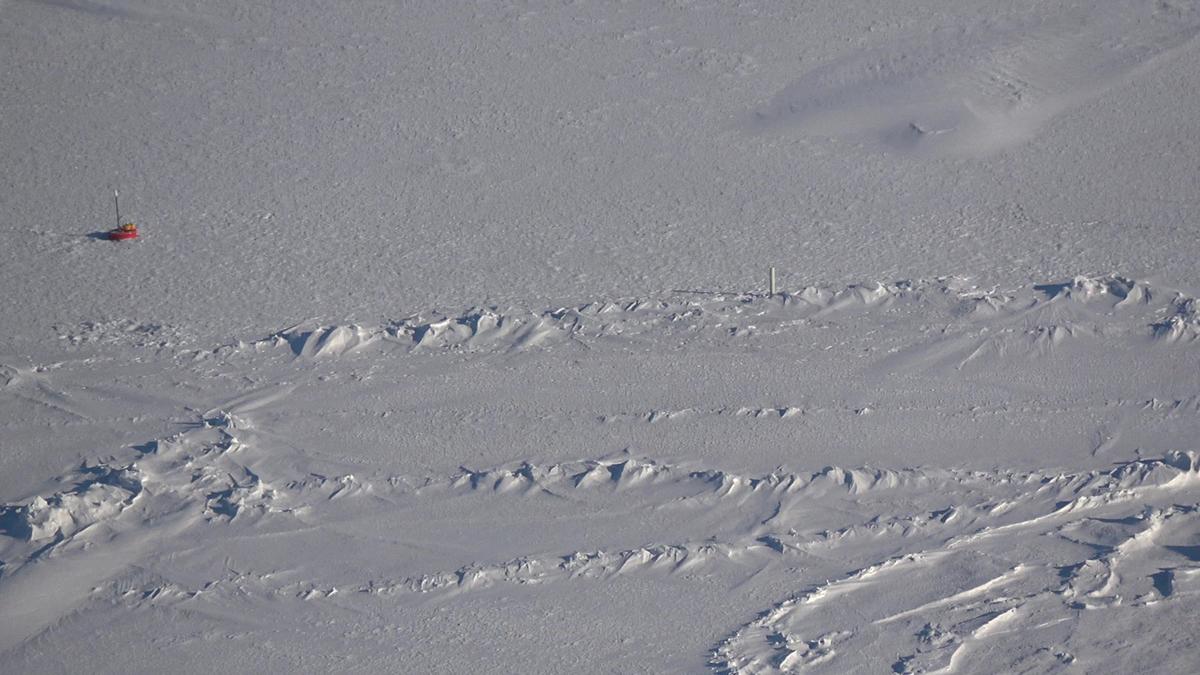 The Billboard Array is an acoustics instrument equipped with 64 receiver elements lying in a 7-meters by 4 meters vertical plane. It differentiates and amplifies sounds from different directions. The array provided remarkable acoustic data under both seasonal oceanographic and sea ice conditions.

“Results from CANAPE showed favorable sound transmissions are possible within a cold and fresher water layer at 100 to 200-meter depths,” Turgut said. “The sounds were bounded by warm Pacific summer water from above and warm Atlantic water from below.” 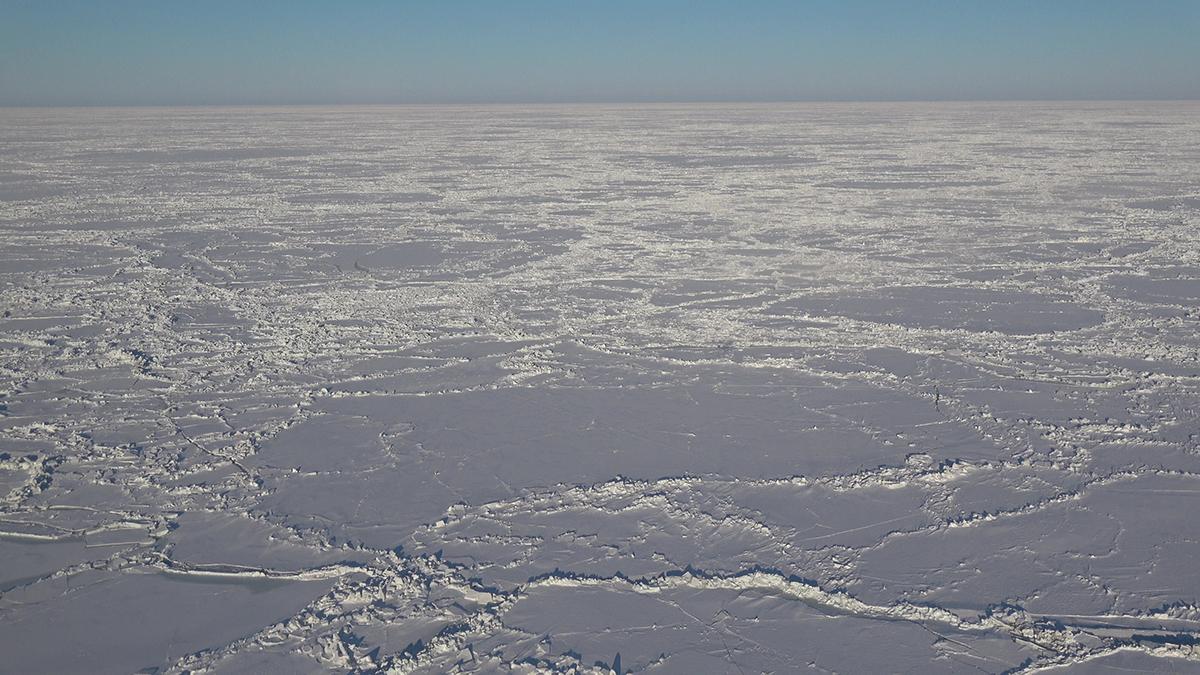 The researchers also developed the first mathematical model to simulate and predict sound propagation under the ice called the Arctic Parabolic Equation.

“This model accurately simulates the interaction of sound waves with the sea ice that has been a challenging numerical problem,” said Michael Collins, NRL mathematician who developed the Arctic Parabolic Equation. 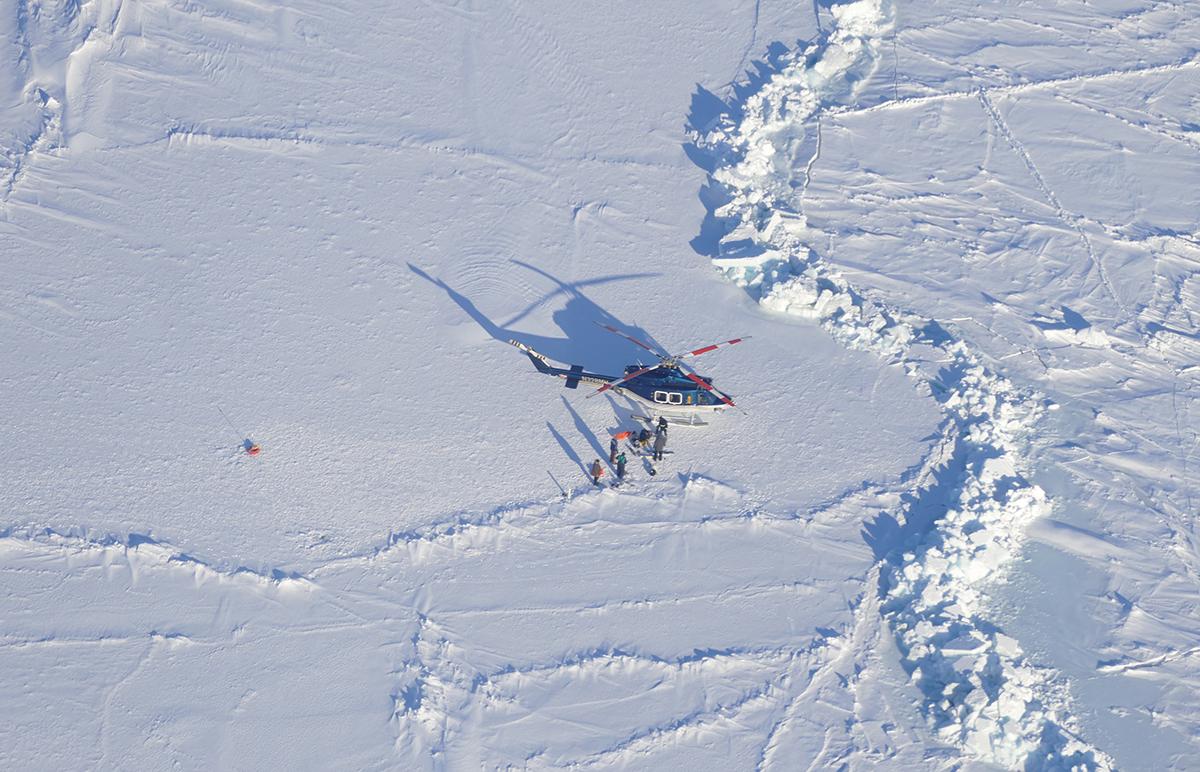 Scientific evidence indicates the character of the Arctic sea ice continues to change. The current sea ice composition is thinner, younger and declined at a rate of 13 percent in the summer and three percent in the winter per decade.

“Interaction between the ocean and atmosphere is increasing and becoming similar to those at lower latitudes with more open ocean and fragile thin ice conditions,” Turgut said. “Therefore, acoustic measurements of new ice composition and near-surface hydrography would be essential for accurate ocean and climate model predictions in the Arctic.”