NOC to be Part of Ambitious Multi-Center Research Programs 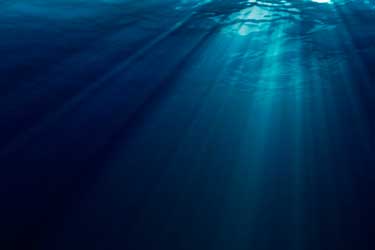 The NOC is to be part of four highly ambitious research programs, commissioned by the Natural Environmental Research Council that will see its research centers working closely together to tackle major scientific and societal challenges.

The NOC is leading one of these five-year programs, called LOCATE, and will be part of three others. All of these will deliver excellent, world-leading science to answer key scientific questions and address major societal needs.

Professor Richard Sanders, from the NOC who will be leading LOCATE, said “Some of the most interesting and important problems in environmental science are at the boundaries between different sectors of the biogeosphere. This project gives us a golden opportunity to utilize our collective expertise to solve problems with important social and economic implications.”

LOCATE will sample a major proportion of the rivers and estuaries that drain Great Britain to investigate the current status of the UK soil carbon pool. The outcomes of this cross-disciplinary project will help inform land management strategies for terrestrial systems in order to minimize the impact of global environmental change, as well as helping us to understand the controls over coastal marine communities.

Ultimately LOCATE aims to track the movement of carbon from the land to the hydrosphere and atmosphere. To achieve this, the NOC will be working alongside the Centre for Ecology and Hydrology (CEH), the British Geological Survey (BGS) and Plymouth Marine Laboratory (PML).

“Knowing more about how carbon moves around the planet will enable us to provide the best possible evidence on which to base decisions about how to manage global environmental change or how to conserve marine life” continued Professor Sanders.

The NOC will also play an important role in the ACSIS (North Atlantic Climate System: Integrated Study) program, which will improve the UK's capability to detect, explain and predict changes in the North Atlantic Climate System. ACSIS will be led by the National Centre for Atmospheric Science, in partnership with the NOC, British Antarctic Survey (BAS) and National Centre for Earth Observation (NCEO).

Dr. Bablu Sinha, from the NOC who is deputy project leader of ACSIS said: “I’m delighted that NERC has approved the ACSIS project. Major changes are occurring in the North Atlantic Climate System, and understanding and being able to predict these will have a major impact on the economy and societies in the UK and Europe.

The complexity of the climate system means that large multidisciplinary teams of scientists are needed to understand and predict its evolution.

The ocean, because of its ability to store and redistribute vast amounts of heat, plays a major role in the North Atlantic Climate System.

The NOC will contribute to ACSIS by providing world leading observational analyses of ocean temperatures and oceanic heat flow, together with simulations of the ocean and the wider climate system, using the latest high resolution numerical models. As well as providing data, NOC scientists will be bringing their world leading knowledge of ocean and climate processes to the multidisciplinary ACSIS team.”

The NOC will also be contributing this world-leading knowledge of ocean and climate to the UKESM (UK Earth System Modeling Project) program, which is being led from the NOC by Dr. Ekaterina Popova and Dr. Adrian New. This aims to develop the first UK Earth system model, based on a core Global Climate Model developed at the Met Office. The new Earth system model will maintain the world-leading status of UK Earth system modeling and science, while also providing robust and detailed scientific support to the UK government through the 6th Intergovernmental Panel on Climate Change Assessment Report.

This project will be led by the National Centre for Atmospheric Science, in partnership with NOC, CEH, NCEO, BAS and BGS.  The NOC will also play a key part in the ORCHESTRA (Ocean Regulation of Climate through Heat and Carbon Sequestration and Transports) program, which will use a combination of data collection, analyses and computer simulations to radically improve our ability to measure, understand and predict the circulation of the Southern Ocean and its role in the global climate. This project will be led by BAS, in partnership with NOC, BGS, PML, the Centre for Polar Observation and Modeling (CPOM) and the Sea Mammal Research Unit.

Dr. Elaine McDonagh, who is leading the ORCHESTRA from the NOC said “ORCHESTRA will observe, understand and model heat and carbon uptake in the Southern Ocean. We are excited to be beginning this new multidisciplinary, multi-center collaboration”