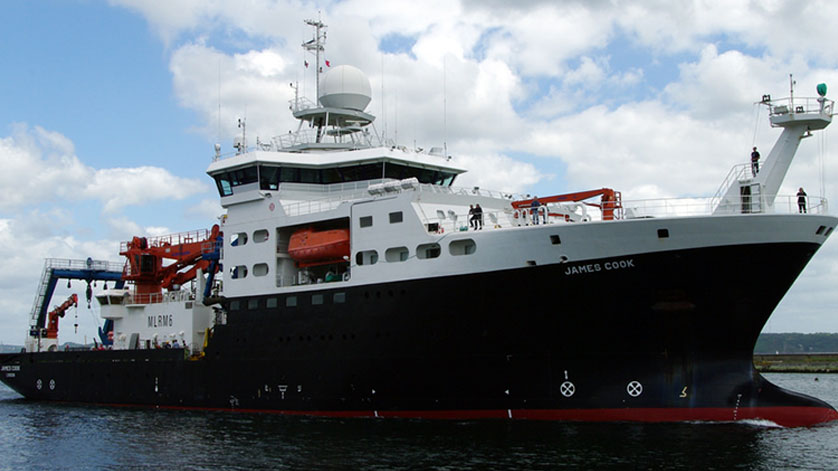 On Saturday 19 May, the RRS James Cook will leave Southampton for a research expedition to the Porcupine Abyssal Plain – Sustained Observatory (PAP-SO) in the northeast Atlantic Ocean.

This expedition aims to answer fundamental questions about how potential environmental and ecological stressors are influencing the open ocean from surface to seabed. Researchers will be tracking the flow of the greenhouse gas carbon dioxide from the air into the surface ocean, and the eventual fate of this carbon in the ocean depths. Another key activity is making detailed measurements of litter and plastic accumulation in the open ocean. 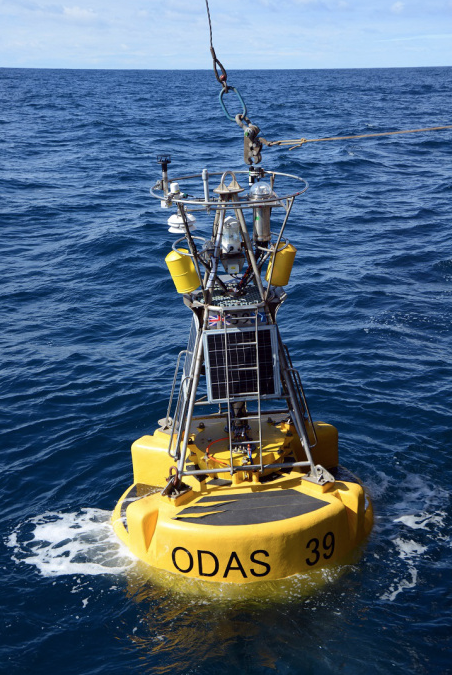 The PAP Observatory buoy on the ocean surface. Credti: NOC

Led by the National Oceanography Centre (NOC), the seagoing team will use a variety of tools including instruments fixed to a floating buoy, specialized sediment traps to collect sinking particles, and samplers of the water and the seabed three miles beneath the surface. The team will use these sediment traps and samplers to measure microplastics in the water column and in seafloor sediments. Alongside the NOC’s unique long-term record of samples, these will provide information on the now common occurrence of plastics far from the coast.

NOC scientist Professor Richard Lampitt said: “Large and small items of plastic have been found throughout the world’s oceans but we have a very poor understanding of its abundance, of the many different types, and how it is transported and modified by ocean processes and the ecosystem. In order to understand the harm which may be caused by this pollutant, we must have a better understanding of the factors controlling its distribution and fate.”

A research expedition to the PAP-SO is undertaken every year to service a mooring that has a range of sensors measuring variables such as temperature, oxygen and nutrients. Each year, new and innovative ocean measuring equipment is tested at this site.

Over the last three decades of sustained ocean observing at the PAP-SO, scientists have seen a number of major changes in seabed fauna. This latest expedition will use the remotely operated vehicle HyBIS to survey the seabed. The HyBIS system will be used to take thousands of seafloor photographs to investigate what is driving these dramatic changes. HyBIS will also be looking for plastic and other litter at depths of up to 4,850 meters (about three miles).

NOC scientist Dr. Henry Ruhl, who is leading the research expedition, said: “These observations are critical to help understand how climate change and litter are impacting our oceans and the way they function. The ocean provides many services for society including the provision of oxygen that we breathe and the sequestration of carbon dioxide that we are producing.”

The PAP-SO, where these measurements and experiments are being conducted, provides key time-series datasets for analyzing the effect of climate change on open-ocean and deep-sea ecosystems. A wide range of international scientists have been collecting data at this site for decades, and this latest voyage will include participants from Brazil, France, Germany, Italy, Portugal, UK and US.