NOAA Scientists Set Sail to Measure Change in the Arctic 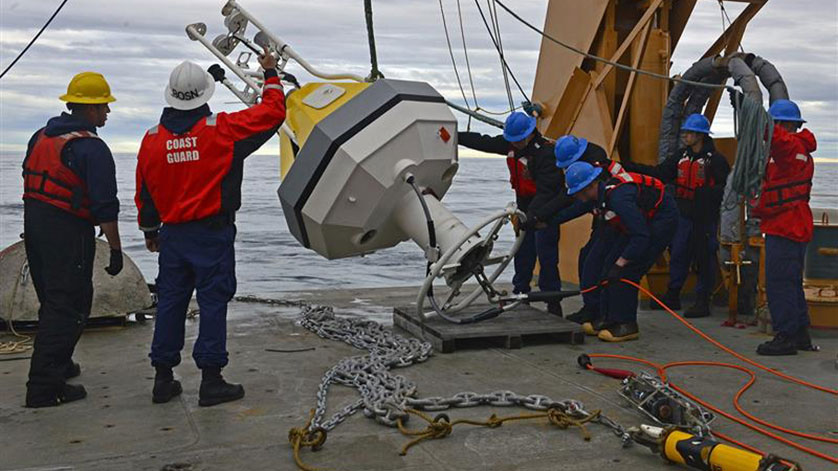 On Friday, August 25, U.S. Coast Guard Cutter Healy sailed from Dutch Harbor, Alaska, with a team of NOAA scientists and collaborators on a 22-day cruise to study environmental change in the western Arctic Ocean.

Scientists will track ecosystem responses to rapidly changing environmental conditions such as sea ice decline, ocean acidification and rising air and water temperature, as the ship travels north through the Bering, Chukchi and Beaufort seas.

“We may be aboard an icebreaker, but we’re not likely to see much sea ice this summer and early fall,” said Jeremy Mathis, director of NOAA’s Arctic Research Program and lead NOAA scientist on the cruise. “Our goal is to bring back actionable environmental intelligence from this fast-changing region.”

The Healy will follow a course along the Distributed Biological Observatory (DBO), an array of observation buoys, unmanned systems and other tools that collect observations at hot spots chosen because of high productivity of marine life and previously recorded rapid change.

NOAA, the Coast Guard, National Science Foundation and other academic partners from around the world collaborated to establish the DBO seven years ago as an ongoing multi-disciplinary sampling program to monitor a part of the world experiencing climate warming faster than anywhere on the Earth. The DBO is supported by NOAA’s Arctic Research Program. 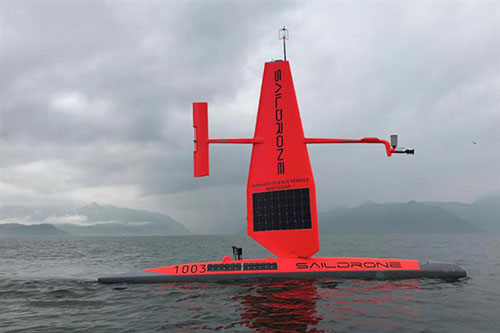 NOAA launched Saildrones bound for the Arctic in early July to scout areas where scientists aboth the USCGC Healy could then visit to conduct in-depth study. Credit: Saildrone Inc.

The DBO cruise has added a new capability this year with unmanned Saildrones. Acting as scouts for Healy science mission, Saildrones have been surveying the Arctic Ocean since early July, providing information to refine the cruise plan. The remotely operated, wind and solar powered sailing drones have identified locations where NOAA scientists will now to conduct in-depth studies of the environmental conditions, maximizing the efficiency of their time in the Arctic.

This year's cruise will include many young researchers making their first trip north of the Arctic Circle, including four NOAA Sea Grant Knauss Fellows: Emily Osborne, Ph.D.; Shelby Brunner, Ph.D.; Emily Chandler, and Taylor Armstrong. Along with the rest of the science team, these young explorers will be making measurements of the physics, chemistry and biology of the Arctic waters and sediments.

NOAA Research will post blog reports from their science team aboard the Healy as the mission unfolds on the NOAA website.