NOAA Ramps Up Use of Drones to Collect Fish, Seafloor and Weather Data 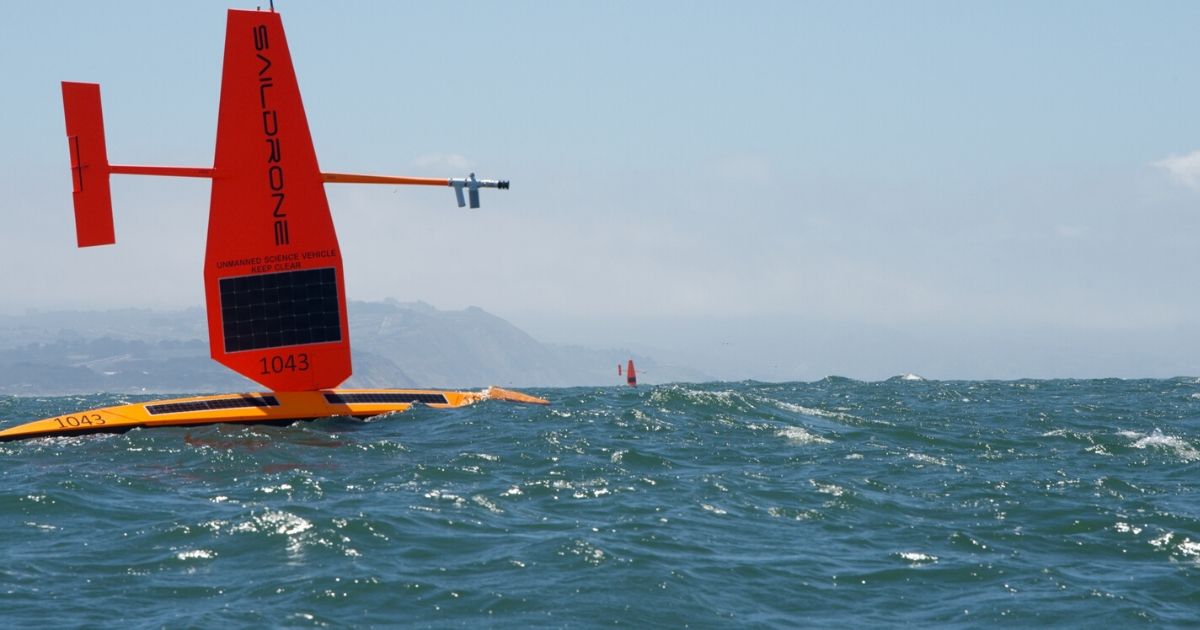 Three shiny, orange-red autonomous surface vessels set out on the water from Alameda, California, in May bound for the Bering Sea where they will survey the nation’s largest fish stock and monitor changing weather and ocean conditions in the Arctic.

The surface vessels are part of an armada of autonomous (unmanned) ocean vehicles NOAA is deploying this summer in the Pacific, Arctic and Atlantic oceans to provide high-quality environmental data for resource management and weather forecasting.

“We are accelerating the use of unmanned systems during COVID-19 to meet critical mission needs at a time when some of our ship and aircraft missions have been postponed for safety reasons,” said retired Rear Adm. Tim Gallaudet, assistant secretary of commerce for oceans and atmosphere and deputy NOAA administrator. “The innovative systems will provide valuable information for communities at a time when it may be difficult to do so by other means.”  The missions support NOAA’s Unmanned Systems Strategy to advance the use of unmanned systems, which was announced last November at the White House Science & Technology Summit.

In the Bering Sea, the autonomous wind and solar-powered surface vessels will conduct an emergency survey of walleye pollock, our nation’s largest and one of our most valuable domestic fisheries. The surface vessels are expected to provide some key information in time to be used by resource managers to establish fishing levels for the 2021 fishing year.

Equipped with specially designed acoustic sensors, the unmanned vehicles will measure the abundance of pollock. They will also provide information on ocean conditions that affect the pollock population.

The same three unmanned surface vessels will also be equipped with sensors to measure wind, solar radiation, salinity and sea surface temperature in the upper ocean, which will be transmitted to the World Meteorological Global Telecommunications System (GTS) offsite link for use by NOAA and other global weather models to predict storms in the Arctic.

In the Atlantic Ocean, Caribbean Sea and Gulf of Mexico, NOAA, IOOS, the U.S. Navy, university and industry partners will deploy for the third year approximately 30 underwater ocean gliders in areas where hurricanes usually travel, to measure ocean temperature and salinity throughout the hurricane season.

The data, which help scientists to identify regions where hurricanes may intensify or weaken, will also be transmitted by satellite to the GTS for use in NOAA and global hurricane forecast models. The data are used primarily by researchers to make improvements to forecast models.

This project will also help meet the objectives of the Commercial Engagement Through Ocean Technology Act of 2018, which requires NOAA to coordinate research, assessment, and acquisition of unmanned maritime systems with the U.S. Navy, other federal agencies, industry and academia.

NOAA will also deploy four unmanned surface vessels in the Arctic Ocean equipped with acoustic sensors to map a portion of the seafloor of the Arctic North Slope. This mapping mission will test NOAA’s ability to use the technology to do a more extensive map of the U.S. Arctic seafloor. The project supports the recent Presidential Memorandum on Ocean Mapping in the U.S. Exclusive Economic Zone and Shoreline and Near Shore of Alaska.