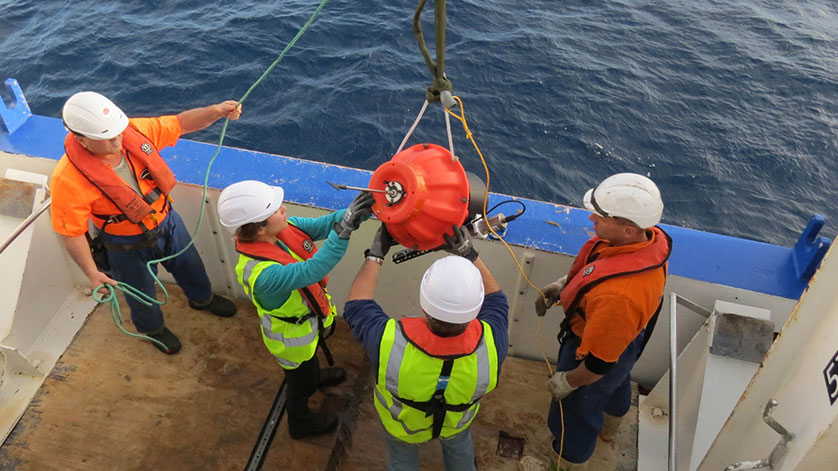 These instruments, called Deep Argo floats, can collect data down to nearly four miles deep, and promise to lead scientists to a better understanding of how the bottom half of the ocean may influence long term weather, climate, and sea level rise.

Paul G. Allen Philanthropies has committed more than $4 million for the multi-year project, Jump-Starting Deep Argo. Allen’s research vessel R/V Petrel will deploy an array of these floats in the deep international waters east of Brazil. 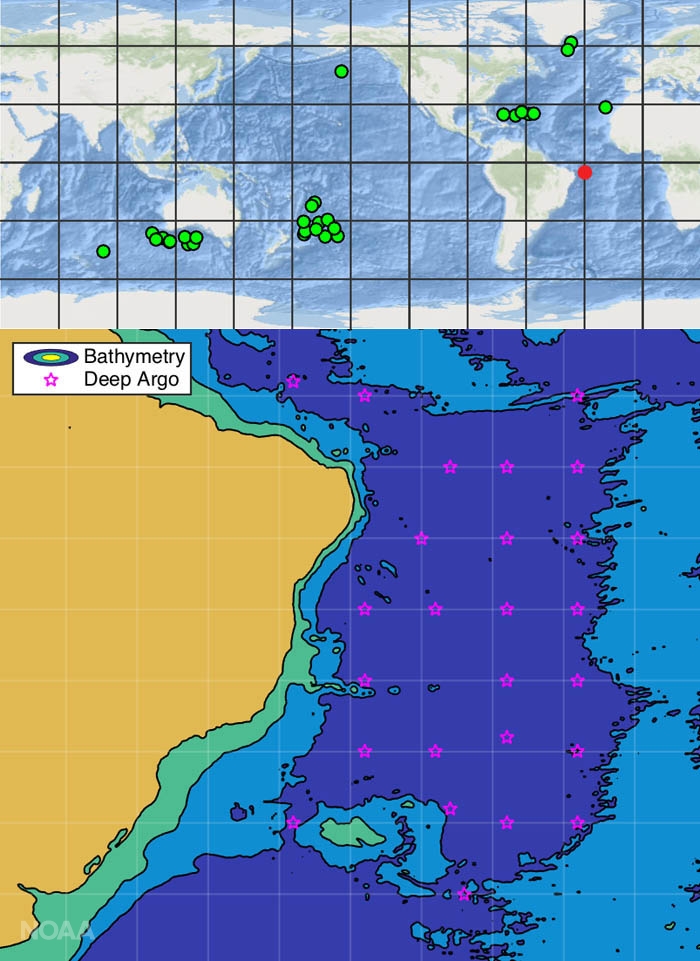 NOAA chose the western South Atlantic for the array because it provides a window into the global thermohaline circulation, called the great ocean conveyor belt, which is linked to global climate variations. At the bottom of the basin, very cold, dense Antarctic water flows northward while just above, slightly warmer, lighter North Atlantic deep water flows southward. Limited data have shown that the Antarctic water has been warming over the last three decades.

The project expands on the success of Argo, an international array of almost 4,000 freely drifting floats that measure temperature and salinity in the upper 2,000 meters or 1¼ miles of the global ocean. Since 2000, Argo has revolutionized oceanography, providing data publicly in near real-time that are vital for understanding the roles of ocean temperature, salinity, and current variations on weather, climate and ecosystems.

While Argo provides data on the upper half of the ocean volume, Deep Argo floats, which dive to 6,000 meters or 3.7 miles, will probe the less-understood bottom half.

This new project will be the first comprehensive sampling of an entire deep ocean basin by this technology, which has been previously tested only in small pilot deployments.

“Putting Deep Argo floats in the western South Atlantic is another step toward a global Deep Argo array, which will illuminate key portions of our changing oceans,” said Gregory C. Johnson, an oceanographer at NOAA’s Pacific Marine Environmental Laboratory who will lead the project. “It’s like we’ve had a candle in a dark room and now we’re going to flip on the lamp. We’ll see all the details.”

Researchers from NOAA’s cooperative institutes at the University of Hawaii and University of Washington will contribute to the project.