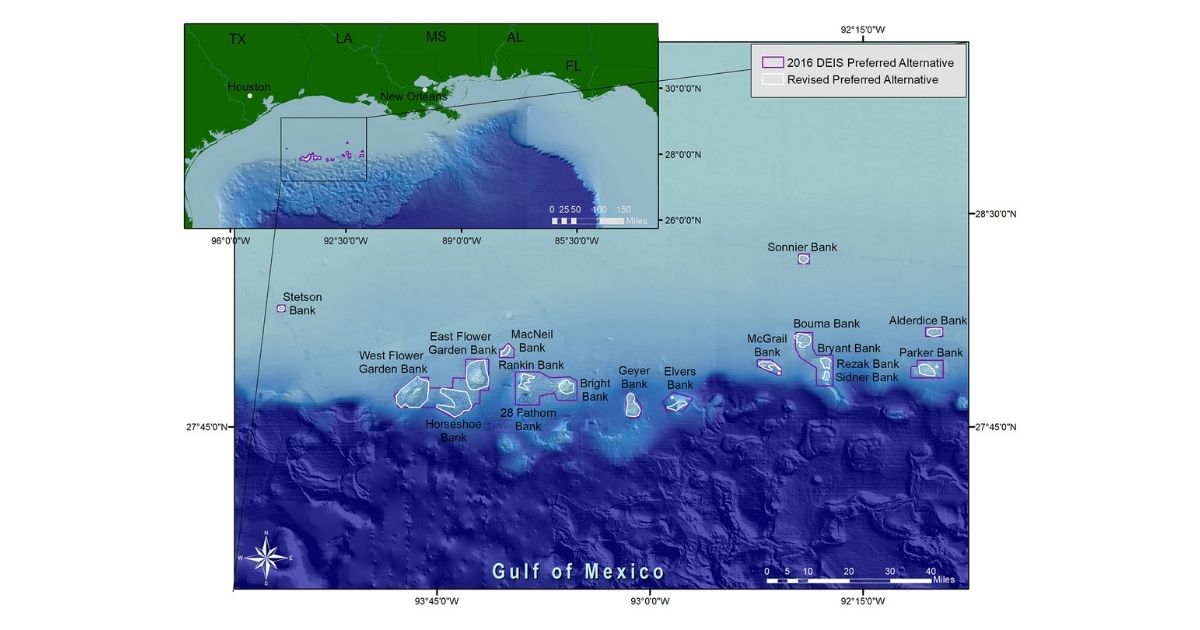 The expansion adds 14 additional reefs and banks that provide important habitat for recreationally and commercially important fish, such as red snapper, mackerel, grouper and wahoo, as well as threatened or endangered species of sea turtles, corals and giant manta rays. The expansion extends existing sanctuary protections to these new areas to limit impact of activities such as fishing with bottom-tending gear, ship anchoring, oil and gas exploration and production, and salvage activities on sensitive biological resources.

The expansion is expected to go into effect this spring, once Congress has been in session for 45 days.

Located 115 miles off the coasts of Texas and Louisiana, NOAA designated East and West Flower Garden Banks as Flower Garden Banks National Marine Sanctuary in 1992. In 1996, Stetson Bank, located 80 miles off the Texas coast, was added to the sanctuary through Congressional action. The three banks, encompassing approximately 56 square miles, include the northernmost coral reefs in the continental United States, deep-water reef communities and other essential habitats for a variety of marine species. NOAA and our partners recently gave the reefs in this sanctuary the highest score in an assessment of U.S. coral reef health.

Expansion of the sanctuary emerged as one of the top priority issues during a review of the sanctuary’s management plan in 2012. The 2010 Deepwater Horizon oil rig explosion, which resulted in the largest offshore marine oil spill in U.S. history, also accelerated interest in expansion, with government scientists and non-governmental organizations urging additional protections for marine life and essential Gulf habitat.

A description of the expansion areas, including boundaries and resources, can be found here.