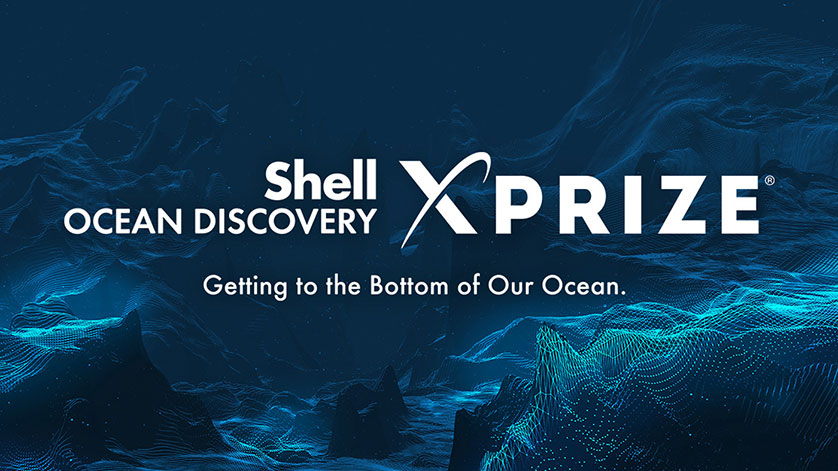 XPRIZE will award each finalist an equal share of a $1 million milestone prize purse for the cutting-edge ocean mapping and imaging technologies they have developed. Their innovative approaches include artificial intelligence, aerial drones, underwater robotic swarms, lasers and autonomous surface and underwater vehicles.

The nine finalist teams will be formally recognized and awarded at Oceanology International’s Catch the Next Wave conference in London on March 15, during a closing keynote by Dr. Jyotika Virmani, Ph.D., prize lead and senior director of Planet and Environment at XPRIZE.

“Round 1 testing for the Shell Ocean Discovery XPRIZE allowed the judges to see, for the first time, tangible prototypes of the innovative and diverse approaches that will revolutionize our access to the deep ocean and finally unveil the mysteries that lie deep below the sea-surface,” said Dr. Virmani. “As we dive into Round 2, we are looking forward to testing the finalists’ technologies in a rigorous real-world world situation that will demonstrate their ability to rapidly map the ocean floor at 4000m depths - that’s deeper than the Grand Canyon!”

Shell Ocean Discovery XPRIZE finalists were chosen from a field of 19 semifinalists by an independent judging panel of seven experts. Teams advancing to the final round include:

“Improving humanity’s ability to gather, visualize and interpret deep ocean data using new digital techniques while collaborating with some of the brightest minds is exciting. These nine finalist teams are a testament to the strength of open innovation through teamwork,” said Marc Gerrits, executive vice president of Exploration, Shell. “We believe that innovation and collaboration are fundamental if we are to solve some of the biggest challenges facing society today.”

ON&T asked Dr. Virmani how different the XPRIZE funding model is from more traditional grants and contracts. She began by quoting Peter Diamandis, the founder and chairman of the XPRIZE Foundation: “The day before something is truly a breakthrough, it's a crazy idea.”

“That’s what XPRIZE is all about,” she added, “expanding the boundaries of what’s possible and making some audacious leaps forward.”

To advance to the final round, the semifinalist teams had to pass a Round 1 Technology Readiness Test, which comprised of site visits to each team by XPRIZE staff and judges. The teams were tested against 11 measurement criteria to show their technological solutions were capable of meeting the operational requirements necessary for rapid, unmanned and high-resolution ocean mapping and discovery. Esri, the global leader in geographic information system (GIS) software and geodatabase management, donated its award-winning ArcGIS Online platform for the teams to use, enabling the Ocean Discovery XPRIZE competitors to submit their maps to the judges via Esri ArcGIS Online.

“Esri has been a fantastic partner for us,” said Dr. Virmani. “Their contribution aids our judges and enables our competing teams by providing a common platform and a baseline map.”

ON&T asked Dr. Virmani about the importance of mapping the ocean floor by 2030, a goal these developing technologies support.

“A map is a very fundamental piece of understanding where we are,” she said, “And as inhabitants of planet Earth, it is an important tool to orient us to our own surroundings, including our oceans. In that way, this new era of ocean exploration is comparable to the golden age of ocean exploration, and the impact of the technology has definite parallels. Anytime you explore a new place, the first thing you want a map. It helps visualize a place in a way that increases its value, and if people can’t see something they won’t value it as much. It’s time to give the ocean our full attention, which is why one of our goals is ensuring that our ocean is healthy, valued and understood. Mapping the ocean floor clearly advances that goal.”

ON&T asked about the prevalence of swarms, fleets, and coordinated vehicles in the finalist technologies.

Dr. Virmani responded, “When we put out a call for XPRIZE entries, we don’t pre-prescribe the solution, but the challenge these teams are addressing in Round 2 is that they only have sixteen hours to map at least one hundred square kilometers. Can we get a map faster than is possible with current state of the technology? Consider that what we see general maps of the ocean is about a five kilometers resolution. There are multiple efforts underway to improve that resolution to closer to five meters, but the ocean is so vast that it would take 600 years using current technology. So, to do this by 2030 a new tech is required.”

She added that using fleets and swarms should not only improve data gathering, it could mitigate some risk factors. “If you look at the world of nature, swarms are a proven strategy. For example, ants work in tandem, and if one ant falls off, the colony has not lost all coverage.”

The final Round 2 testing will take place during October and November of 2018. Finalists will have an opportunity to demonstrate their technologies in the real-world in a deep-sea environment, where they will have to map the sea floor at 4000m depth and bring back ten images from the ocean. Fugro, an industry leader in ocean mapping and another partner to the Ocean Discovery XPRIZE, will assist XPRIZE in acquiring the competition’s high-resolution baseline bathymetry data that are needed in judging team mapping results.

“Our original plan for the round one demonstration was that the teams would come to us. That was going to happen in Puerto Rico, which was impacted by Hurricane Maria. In fact, had we not changed plans, we would have been on the ground when the hurricane hit, so we redesigned the first round. Instead of the teams coming to us, we ended up traveling to each team. For the final Round 2, they will come to us.”

A preliminary test of the $1 million NOAA Bonus Prize will take place during Spring 2018. This will give all semifinalist Teams who have opted to participate, a platform to test their technologies. The winners of the NOAA Bonus Prize, to incentivize the development of technologies that can detect a chemical or biological signal underwater and autonomously track it to its source, will be determined during Round 2 testing in October and November 2018.

“If a plane or a ship goes down in the future,” said Dr. Virmani, “searchers can launch these underwater smart sniffers from shore and they will identify and track the chemical signature of the downed vessel, which makes search and rescue less of a guessing game and more of a targeted approach.”

The Shell Ocean Discovery XPRIZE is part of the XPRIZE Ocean Initiative – a commitment made to launch five multi-million dollar prizes to address critical ocean challenges and make the oceans healthy, valued and understood. XPRIZE awarded the Wendy Schmidt Oil Cleanup XCHALLENGE in 2011 and the Wendy Schmidt Ocean Health XPRIZE in July 2015.

For the latest information about the competition structure, important dates, and the finalist teams, click here.

About Royal Dutch Shell
Shell has been a technology pioneer for more than 100 years, and has come up with many industry-transforming “firsts” to deliver energy its customers and partners need. Since 2007, Shell has spent more than $1 billion annually on research and development. In 2014, our research and development expenditures were $1.2 billion. Shell’s technical and engineering staff number more than 43,000 people.

Shell companies have operations in more than 70 countries and territories with businesses including oil and gas exploration and production; production and marketing of liquefied natural gas and gas to liquids; manufacturing, marketing, and shipping of oil products and chemicals and renewable energy projects. Royal Dutch Shell plc is incorporated in England and Wales, has its headquarters in The Hague, and is listed on the London, Amsterdam, and New York stock exchanges. For further information, click here.

About National Oceanic and Atmospheric Administration (NOAA)
The National Oceanic and Atmospheric Administration (NOAA) is a science-based federal agency within the Department of Commerce with regulatory, operational, and information service responsibilities with a presence in every state and U.S. territories. NOAA's mission is to understand and predict changes in the Earth's environment, from the depths of the ocean to the surface of the sun, and to conserve and manage coastal and marine resources. For more information, click here.