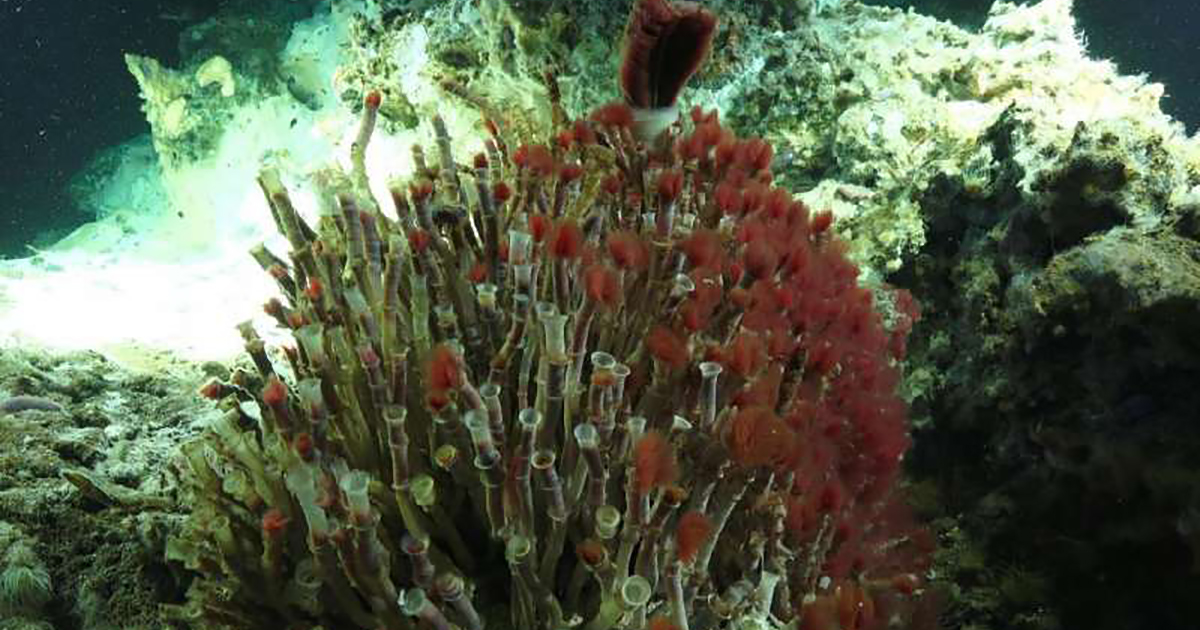 Principal Investigators Drs. Robert Zierenberg from University of California Davis, Victoria Orphan from California Institute of Technology, and David Caress from MBARI, along with scientists from Oregon State University, the Universidad Autónoma de Baja California, the Centro de Investigación Científica y de Educación Superior de Ensenada (CICESE), and the Scripps Institution of Oceanography, demonstrated the multi-disciplinary use of submarine robotics while investigating an area of unique geologic activity where submarine volcanism in heavily sedimented basins results in high temperature venting with unusual chemistry and geology. The nested-scale mapping approach allowed the team to efficiently progress from large scale exploratory seafloor coverage to precision targeted sampling on and around the vents. The detailed maps also allow for quantification of various microbial and animal communities in precise relation to geologic features and areas of focused and diffuse hydrothermal fluid flow. "By using submarine robotics for seafloor mapping in combination with remotely operated vehicles, the science team has been able to interactively explore and sample animals, microbes, rocks, and sediment" said Dr. Caress.

The new vent field name, JaichMaat, translates to liquid metal in an ancient language of the indigenous people of Mexico surrounding the region, in reference to the reflective hydrothermal fluid and seawater interface that was found ponded along the roof of a large cavern in the hydrothermal mound. The new vent field consists of multiple hydrothermal calcite mounds up to 25 meters high that were venting fluids at temperatures as high as 287° C. Groups of animals common in non-hydrothermal settings, including anemones, were also observed for the first time in dense accumulations at the base of the mounds, and many previously unknown species were identified. 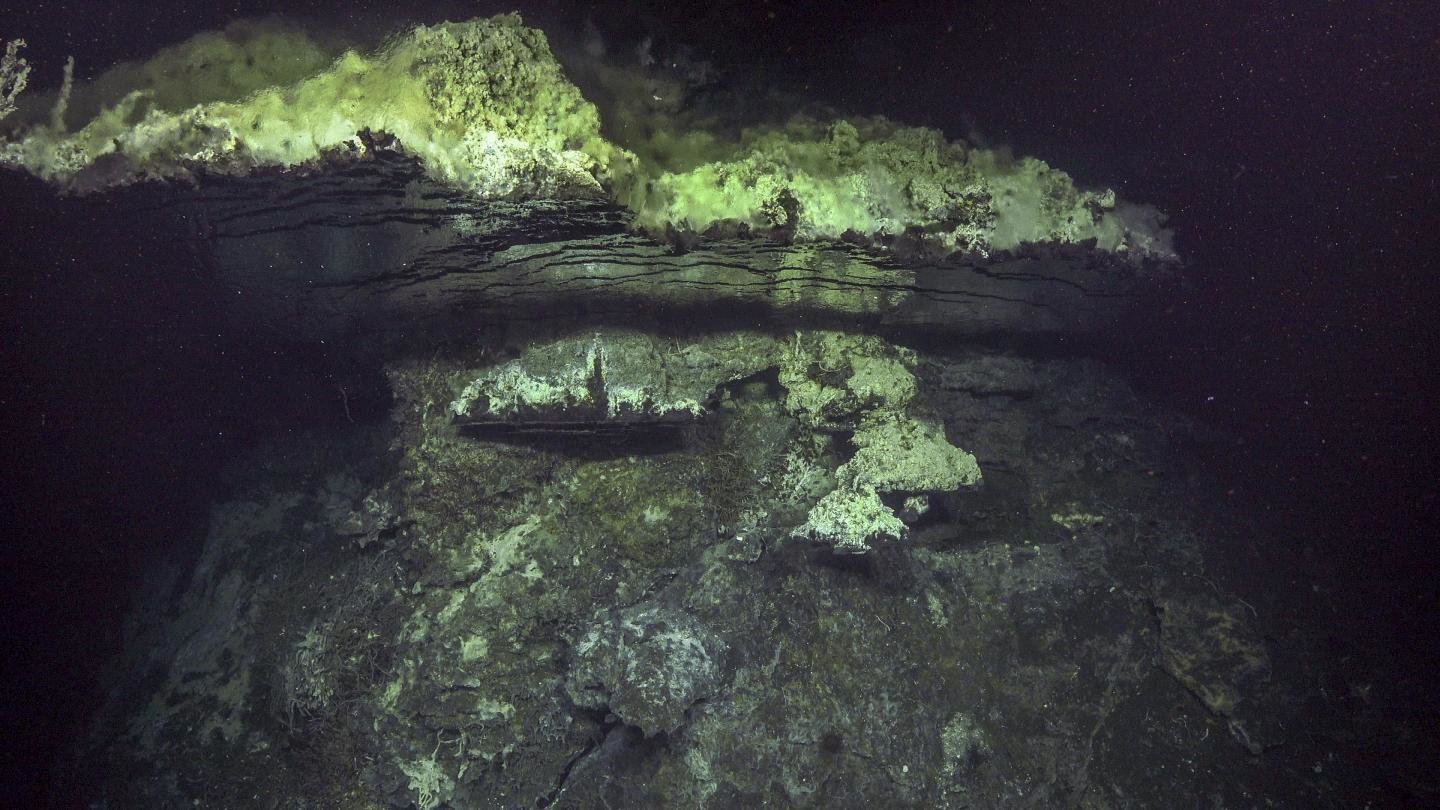 Oasisia tube worm at the top of the Matterhorn chimney. The white area is where tube worms are covered by bacterial mat in the area of most intense fluid flow from the top of the chimney. Credit: Schmidt Ocean

This expedition successfully showcased new approaches to multi-scale seafloor mapping allowing oceanographers to more efficiently explore the deep ocean. In addition to identifying sites of hydrothermal venting, the combined mapping and ROV exploration also sampled the first volcanic rocks collected in both the North and South Pescadero Basins, confirming that in these basins the continental rifting that has formed the Gulf of California has transitioned to seafloor spreading and the volcanic formation of new oceanic crust. The Pescadero Basin is a unique site for studying microbial extremophiles involved in methane and hydrocarbon metabolism and an important location to try to understand how vent fauna colonize similar sites around the globe. The detailed mapping will further allow investigation of the geological and geochemical controls on habitat suitability for different animal and microbial communities. The Pescadero Basin vents harbor unique biology and geology compared to other nearby hydrothermal vent sites. This system was discovered in 2015 on a MBARI research cruise, and has been visited by scientists only a few times. Research Specialist Jennifer Paduan observed that this exquisite system is different due to the interaction of hydrothermal fluids with sediment, "The hydrothermal structures here are beautiful. The animals and the bacteria that are supported by the vents are different because the chemistry of the fluids is different than the usual sulfide type chimneys."

Hydrothermal vents are an expression of submarine volcanism that is a globally important process and play a vital part in shaping the surface of our planet. "The deep ocean is still one of the least explored frontiers in the solar system," said Principal Investigator Robert Zierenberg. "Maps of our planet are not as detailed as those of Mercury, Venus, Mars or the moon, because it is hard to map underwater. This is the frontier." The vents at the Southern Pescadero Basin offer a unique opportunity to compare microbial and animal community compositions between vents with different chemistries and mineral deposits. Microbes at these vents form the basis of the food web here, and gaining insight into the vent communities helps us understand the whole ecological system.