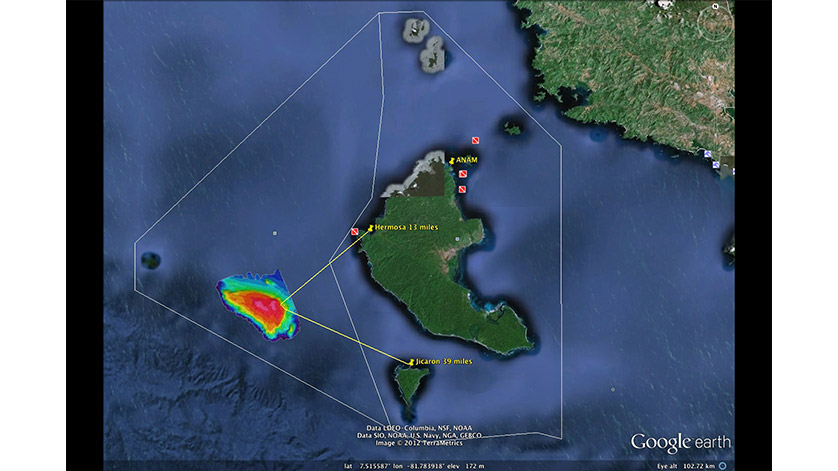 A study in the journal Bulletin of Marine Science describes a new, blood-red species of octocoral found in Panama. The species in the genus Thesea was discovered in the threatened low-light reef environment on Hannibal Bank, 60 kilometers off mainland Pacific Panama, by researchers at the Smithsonian Tropical Research Institute in Panama (STRI) and the Centro de Investigación en Ciencias del Mar y Limnología (CIMAR) at the University of Costa Rica.

Scientists established the new species, Thesea dalioi, by comparing its physical traits, such as branch thickness and the bright red colony color, with the only other species in the genus in the eastern Pacific, T. variabilis.

T. dalioi is named for Ray Dalio, a supporter of marine exploration. Its name is intended to recognize Dalio’s valuable contributions to marine research and public outreach. 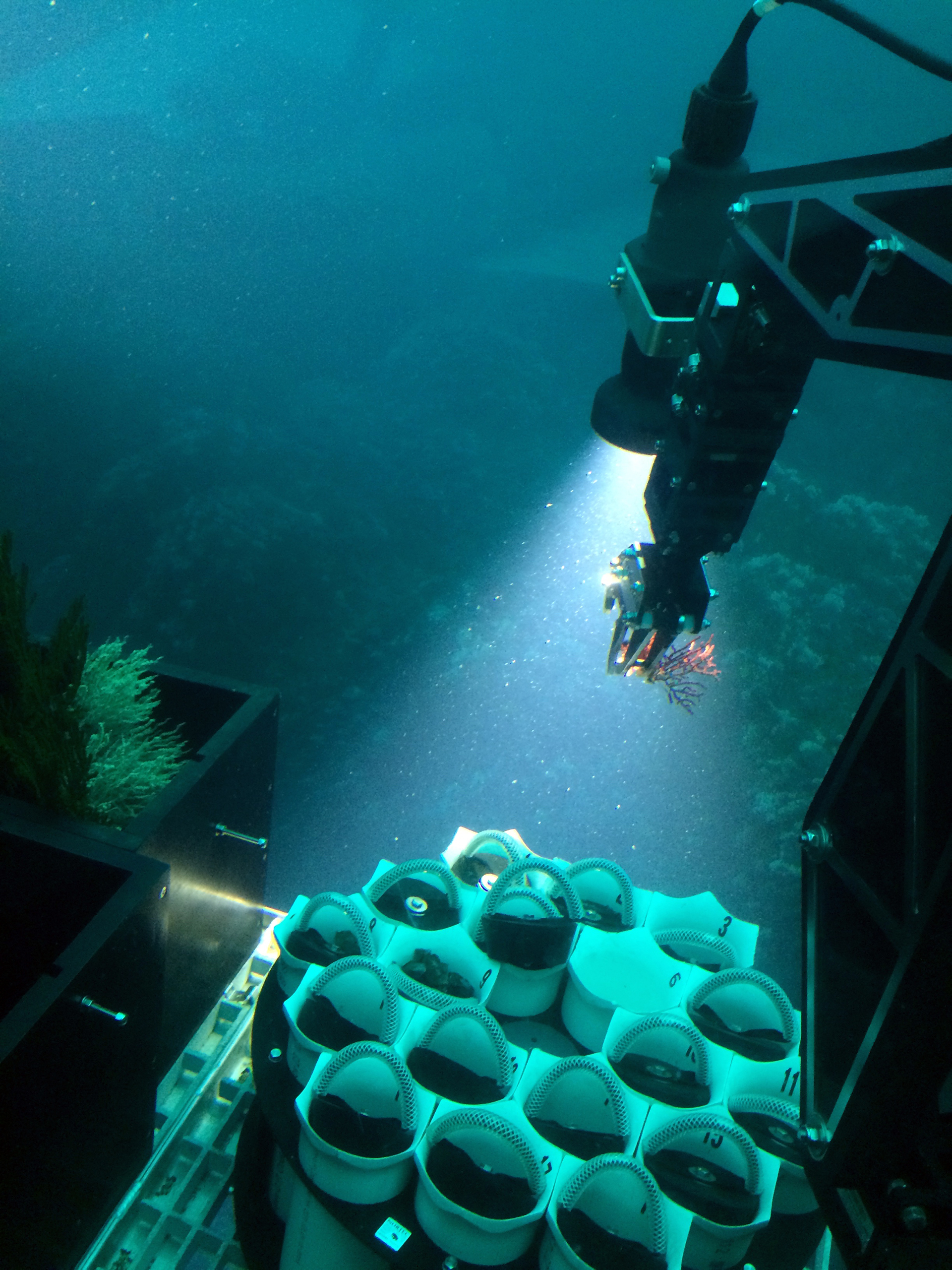 Hannibal Bank, part of the Coiba National Park and a UNESCO World Heritage Site, is a coastal seamount and a biodiversity hot spot that has only been explored recently.

“After just two expeditions using submersibles down to 300 meters, we have identified 17 species of octocorals for the Hannibal Bank, including the discovery and description of three new species,” said Hector M. Guzman, marine ecologist at STRI and one of the authors of the study.

These reefs, such as the one where T. dalioi was found, are considered fragile habitats with a high diversity of corals, algae and sponges. They are also generally neglected in most environmental and conservation policies because they are difficult to reach. Hannibal Bank is one of the spots requiring more attention for its protection.

“The present study should provide the basis for further research on the genus and contributes to the diversity and distribution knowledge of octocorals from the mesophotic zone in the eastern Pacific Ocean,” said Odalisca Breedy, marine biologist at CIMAR and one of the authors of the study.

“Medical researchers have identified therapeutic benefits derived from both soft and hard corals such as anti-inflammatory and anti-cancer properties, bone repair and neurological benefits,” said Guzman. “But our ability to contribute to the understanding of soft corals and their habitats, depends not only on steady funding for the use of submersibles, but also on our continued ability to obtain permission to work in Coiba National Park.”

The Smithsonian Tropical Research Institute, headquartered in Panama City, Panama, is a unit of the Smithsonian Institution. The Institute furthers the understanding of tropical biodiversity and its importance to human welfare, trains students to conduct research in the tropics and promotes conservation by increasing public awareness of the beauty and importance of tropical ecosystems.