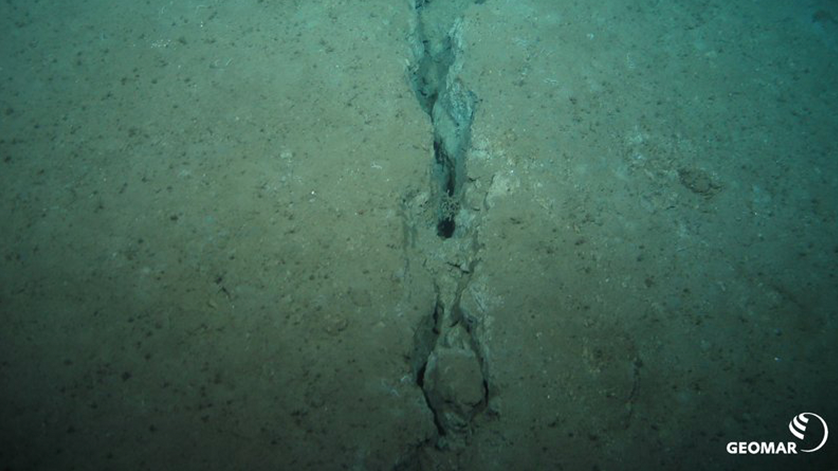 The strongest earthquakes occur below the seafloor. It has been assumed for a long time that they may create pathways for fluids from the sub-surface into the ocean.

With observations from the Maule earthquake in Central Chile in 2010 as well as subsequent geochemical analyzes and geophysical modeling, scientists from the GEOMAR Helmholtz Center for Ocean Research Kiel and the Cluster of Excellence “The Future Ocean” have now been able to document this link. The study is published in the latest issue of the international journal Geochemistry, Geophysics, Geosystems. 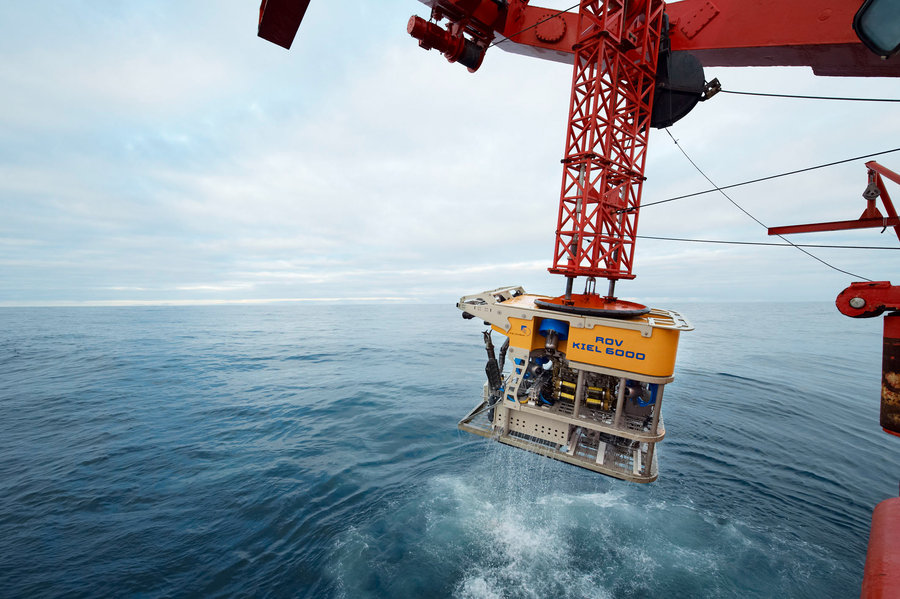 The deep-sea robot ROV KIEL 6000 is being lifted back on board the research vessel SONNE (I) during the expedition SO210 after a dive to the Chilean subduction zone. Photo: Bernd Grundmann, GEOMAR

On 27 February 2010 Central Chile was hit by a large earthquake with a magnitude of 8.8. The quake and a subsequent tsunami caused widespread damage along the coast. Whereas the total number of casualties remained comparably low, the economic damage caused by the event exceeded 30 billion US dollars. The Maule quake, named after the affected region, belongs to the ten largest ever instrumentally recorded earthquakes. At the same time, it is one of the best documented tremors in the history of seismology. Research groups from several countries and institutes, including the GEOMAR Helmholtz Center for Ocean Research Kiel, had installed instruments in the region prior and after the earthquake. Additionally, they were able to document new traces of the earthquake with the ROV KIEL 6000 during an expedition of the research vessel SONNE just a few months after the event. 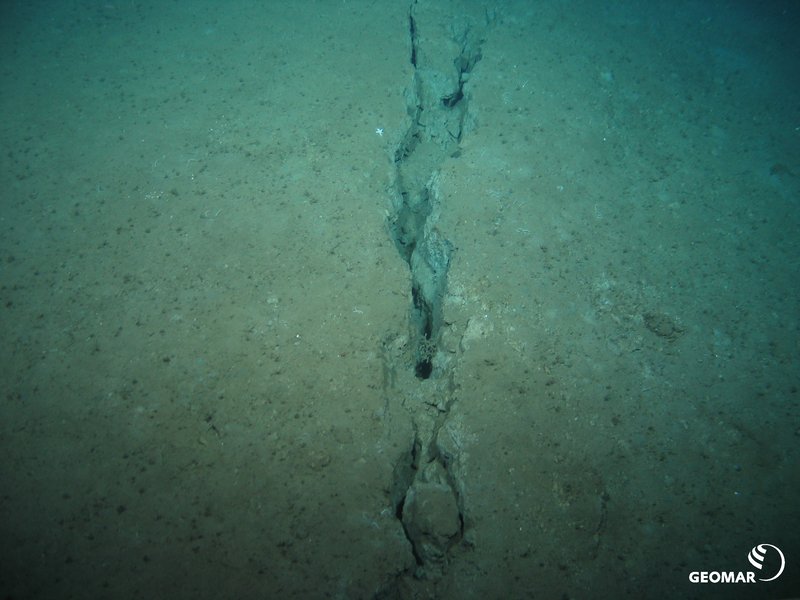 Pictures taken by the ROV KIEL 6000 in September 2010 show fresh traces of the Maule earthquake on the seabed. Photo: ROV team, GEOMAR

Based on these data and observations, scientists from the GEOMAR and the Kiel Cluster of Excellence “The Future Ocean” now present new insights into the linkage between strong earthquakes and seafloor methane seepage. The study is published in the international journal Geochemistry, Geophysics, Geosystems. The involved researchers show that the Maule quake likely enhanced fluid seepage off the coast of Chile. “A causal link between methane seepage at the seafloor and strong earthquakes has often been proposed, but little direct evidence was yet available. The affected regions of the seafloor are located under several thousand meters of water and therefore difficult to access. With the data from the 2010 earthquake area, we are now able to document and better understand this link,” says Dr. Jacob Geersen of the “Future Ocean”, lead-author of the new study.

The study is mainly based on data that were collected in September and October 2010, during expedition SO210 of RV SONNE. The scientific cruise, which had already been planned years before the earthquake, led exactly into the region affected by the 2010 Maule quake. During dives of the ROV KIEL 6000 its cameras recorded young fractures in the seabed. “The fractures were likely generated by the quake seven months before our expedition. On geological time scales, this is nothing,” explains D.r Peter Linke of the GEOMAR, who was chief scientist on the expedition.

With state-of-the-art sensor technology, the team was able to detect a very high methane concentration in the waters above the fractures already in 2010. Subsequent analyses showed that the methane did not solely originate from the uppermost layers of the seabed, but also from deeper sub-seafloor strata. The geophysical and geochemical data, the images of the ROV KIEL 6000, and the obtained samples were complemented with geophysical stress calculations of the forearc. “Together, the investigations show that the earthquake re-activated deep faults which act as pathways for the methane,” explains Dr. Florian Scholz of GEOMAR, also co-author of the study.

Globally, the study shows that earthquakes may play an important role for seafloor methane seepage and the transport of fluids from the deeper crust to the surface. “However, additional field campaigns in regions affected by large earthquakes, are necessary in order to better understand how much fluids are released by earthquakes, how this process varies through time, and whether the fluids reach the atmosphere,” concludes D.r Geersen.

The Expedition SO210 took place within the framework of the collaborative research center 574 “Volatile and Fluids in Subduction Zones” funded the German Research Foundation (DFG).