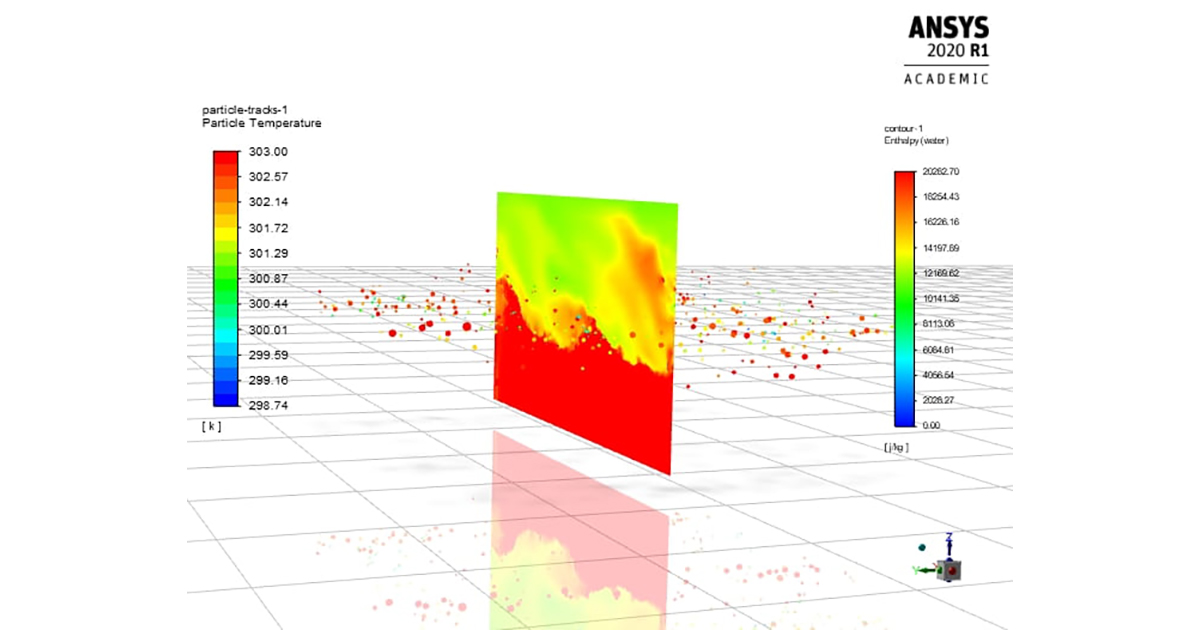 In a year like no other, it’s certainly fitting that we had hurricane season that followed suit. It seemed every time we turned around, there was a tropical disturbance brewing that eventually became a named storm.

As these storms made their way through the Atlantic Ocean or Caribbean Sea, those in the “cone of concern” watched intently to see where it was heading, its intensity and if it was time to put up their shutters. The science of forecasting storms has come a long way from the days of Hurricane David or Andrew, but scientists know there’s more than can be learned.

Step in a team of research scientists, led by a group from Nova Southeastern University’s Halmos College of Arts and Sciences and Guy Harvey Oceanographic Research Center, who have just had a paper – Potential Effect of Bio-Surfactants on Sea Spray Generation in Tropical Cyclone Conditions – published by Nature Scientific Reports. The research paper can be found ONLINE.

Rapid storm intensification and decay remain a challenge for hurricane forecasts. Many factors are involved and some of them are either poorly known or not yet identified. One such factor appears to be the presence of surface-active materials of biological (e.g., coral reefs) or anthropogenic (e.g., oil spills) origin. This new research paper was authored by an ad hoc team of researchers from NSU, The University of Miami (UM), The University of Hawaii (UH), The University of Rhode Island (URI) and the high-performance computing company Ansys, Inc.

“We have conducted computational and laboratory experiments and found that under certain environmental conditions, surface-active materials significantly alter the size distribution of sea spray,” said Breanna Vanderplow, a NSU Halmos College Ph.D. student, who is the first author of this paper. “Since sea spray is ‘fuel’ for hurricanes, the hurricane intensity can be altered.” 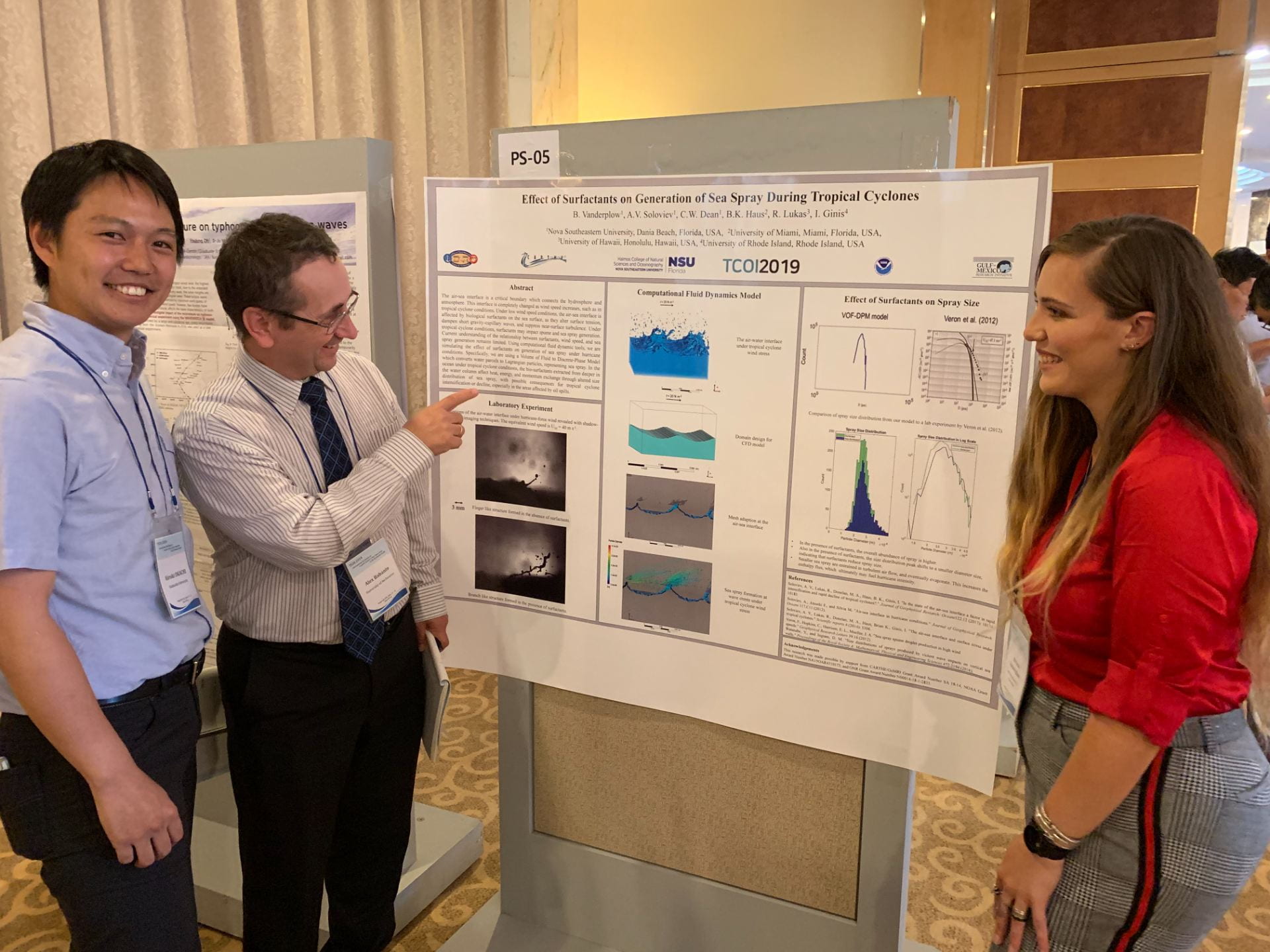 Improved tropical cyclone prediction is particularly critical during pandemics, such as the COVID-19 outbreak, where poor prediction could cost lives if unnecessary sheltering of large groups occurs.

Breanna presented her work on surfactants and sea spray at the 2019 Tropical Cyclone Ocean Interaction (TCOI 2019) conference in Jeju Island, South Korea and received feedback from the tropical cyclone community. Subsequently, she submitted the collaborative paper to Nature Scientific Reports.

“Surfactants reduce interfacial tension between air and water, which results in an increased rate of sea spray generation,” said Alexander Soloviev, Ph.D., a professor, and principal investigator at NSU’s Halmos College’s Department of Marine and Environmental Sciences. “Evaporating sea spray is part of tropical cyclone thermodynamics. Spray particles also produce additional resistance to the air-low since they increase the total surface exposed to the wind. Yet, surfactants have never previously been considered as a factor in tropical cyclone thermodynamics. Breanna has identified a new phenomenon, which may contribute to improving hurricane intensity forecasts.”