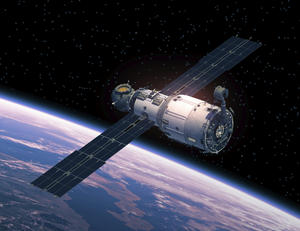 The NOC is to form part of the new Centers of Excellence in Satellite applications, which is expected to aid economic growth in the Solent region. As part of this new centre the NOC will develop the technologies to help robot-subs use live satellite data to inform their route through the ocean, not unlike drivers using live traffic updates.

These new centers are co-funded by the UK Space Agency and were set-up in response to growing interest in how satellite data and technologies are helping businesses generate new ideas and solutions to grow.

The opportunities offered by the new Marine Robotics Innovation Centre in Southampton for collaborating with the marine robotics industry will be an important factor in the success of the centers aims. For example, the Innovation Centre enables companies developing command and control software for the robot-subs to collaborate with those developing the sensors and batteries in order to develop a complete working system for communicating with satellites – which is the aim of the new Centre of Excellence for Satellite applications.

By allowing the robot-subs to avoid storms or directing them to sites of scientific interest, such as algal blooms, these technologies will enable more effective exploration of the ocean.

Kevin Forshaw, Associate Director of Innovation and Enterprise at the NOC said “'this project will act as a major stimulus for economic growth within the Solent Region. It has a lot of synergy with our strategic imperative of supporting companies within the Marine Autonomous Systems cluster here.

Exploring how the use of satellite communications can be further integrated into the systems of tomorrow will provide a further competitive edge to industry in this sector.'”

Working with The University of Portsmouth who are the lead partner, as well as the Universities of Southampton and Brighton, Marine South East, the Offshore Renewable Energy Catapult and Hampshire County Council, the NOC will form part of the south coast Centre of Excellence for the Satellite Applications Catapult. Satellite remote sensing and communications now play a particularly important role in the marine sector, which the south coast has recognized expertise in.

Announcing the new Centers, Stuart Martin, CEO of the Satellite Applications Catapult, said: “We’ve witnessed a significant upturn in regional engagement over the past two years through the initial three Centers. This has included activities linking up the science base, large industry and SMEs to help develop satellite-derived applications and solutions.

The network’s expansion to cover the southern region of the UK and the Highlands & Islands will hopefully result in generating further understanding and awareness of the opportunities that satellite data and technology can provide – especially among market sectors not currently engaging with them – and developing new commercial opportunities for the UK’s Space sector.”

Colin Baldwin, UK Space Gateway Programme Manager at the UK Space Agency noted: “The UK Space Agency is delighted to support this initiative. The expanded network of Catapult Centers of Excellence demonstrates that applications of satellites provide business opportunities across the length and breadth of the United Kingdom.”