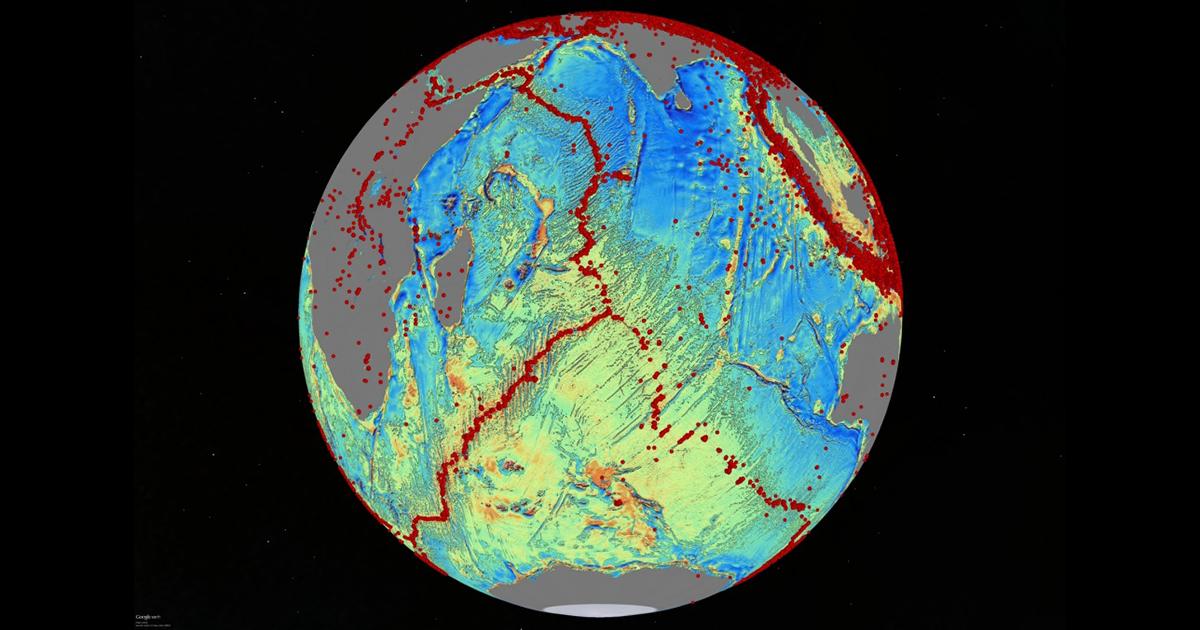 For creating the most comprehensive global map of the ocean floor, Dr. David Sandwell received the Charles A. Whitten Medal, sponsored by the American Geophysical Union (AGU).

Sandwell, a geophysicist at Scripps Institution of Oceanography, accepted the award at the AGU Fall Meeting in December 2018. Named after scientist Charles A. Whitten, the medal is given to honor “outstanding achievement in research on the form and dynamics of the Earth and planets.”

Since the 1990s, sponsored by the Office of Naval Research (ONR), Sandwell has combined satellite data with acoustic depth measurements to develop a detailed, accurate map of the sea floor—painting a vivid tapestry of the deepest, least explored parts of the ocean. The map catalogues thousands of previously unidentified underwater mountains, trenches, physical undersea connections between South America and Africa, and extinct ridges that spread the sea floor in the Gulf of Mexico.

For utmost accuracy, Sandwell blends satellite measurements with traditional sonar soundings from manned research ships. This enables him to compare the topography of the sea surface with that of the sea floor and form a complete map of the bottom.

Sandwell created multiple versions of his map over the last two decades. He unveiled the first in 1997, based on marine gravitational data gathered by the Navy’s GEOSAT Earth-observation satellite. In 2014, he improved the original map by adding data from additional satellites operated by the National Aeronautics and Space Administration (NASA) and the European Space Agency.

“Dr. Sandwell’s map is like a smart phone that improves with each new model,” said Dr. Reginald Beach, who sponsors Sandwell’s work for ONR’s Ocean Battlespace and Expeditionary Access Department. “Each version teaches us more about the topography of the ocean bottom, which is crucial to safe navigation for the Navy.”

Sandwell is now updating the 2014 map with information gathered by another pair of satellites run by NASA and the French space agency, CNES. Other data comes from sonar soundings compiled by Australia, during that nation’s participation in an international effort to scour the southern Indian Ocean in search of the wreckage of Malaysian Airways Flight 370—which disappeared in 2014. Australia made the sonar data publicly available in 2017.

“Thanks to this new data, our map can provide greater information about the world’s oceans,” said Sandwell, “particularly the Southern Hemisphere, which includes the Indian Ocean and south Atlantic Ocean. I’m grateful to ONR for its valuable support over the years, which has been crucial to creating the most accurate sea floor map possible.”

AGU is a not-for-profit, scientific organization with nearly 60,000 members in 139 countries.