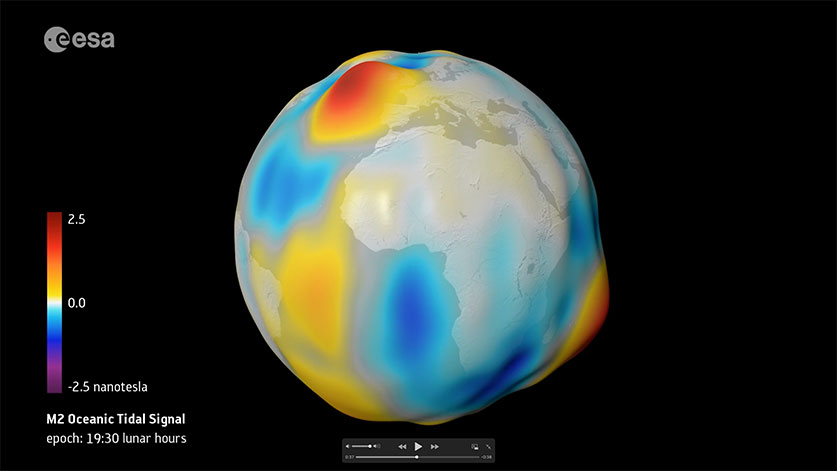 The magnetic field is arguably one of the most mysterious features of our planet.

ESA’s Swarm mission is continually yielding more insight into how our protective shield is generated, how it behaves and how it is changing. Adding yet another string to its bow, Swarm is now tracking changes in the magnetic field produced in the oceans in more detail that ever before.

New results from the trio of Swarm satellites wowed this year’s European Geosciences Union meeting in Vienna, Austria. This week-long event draws scientists from all over the world to share discoveries about our planet. A particular highlight of the Swarm presentation is how the mission is tracking one of Earth’s more elusive sources of magnetism.

While the magnetic field is created largely by an ocean of superheated, swirling liquid iron in the planet’s outer core, other factors, like magnetized rocks in the crust and the flow of the ocean, also affect the field.

We wouldn’t normally think of seawater as being a source of magnetism, but it does make a tiny contribution. When salty ocean water flows through Earth’s magnetic field, an electric current is generated, and this, in turn, induces a magnetic signal. However, the field generated by tides is tiny and extremely difficult to measure – but Swarm has done just this in remarkable detail. 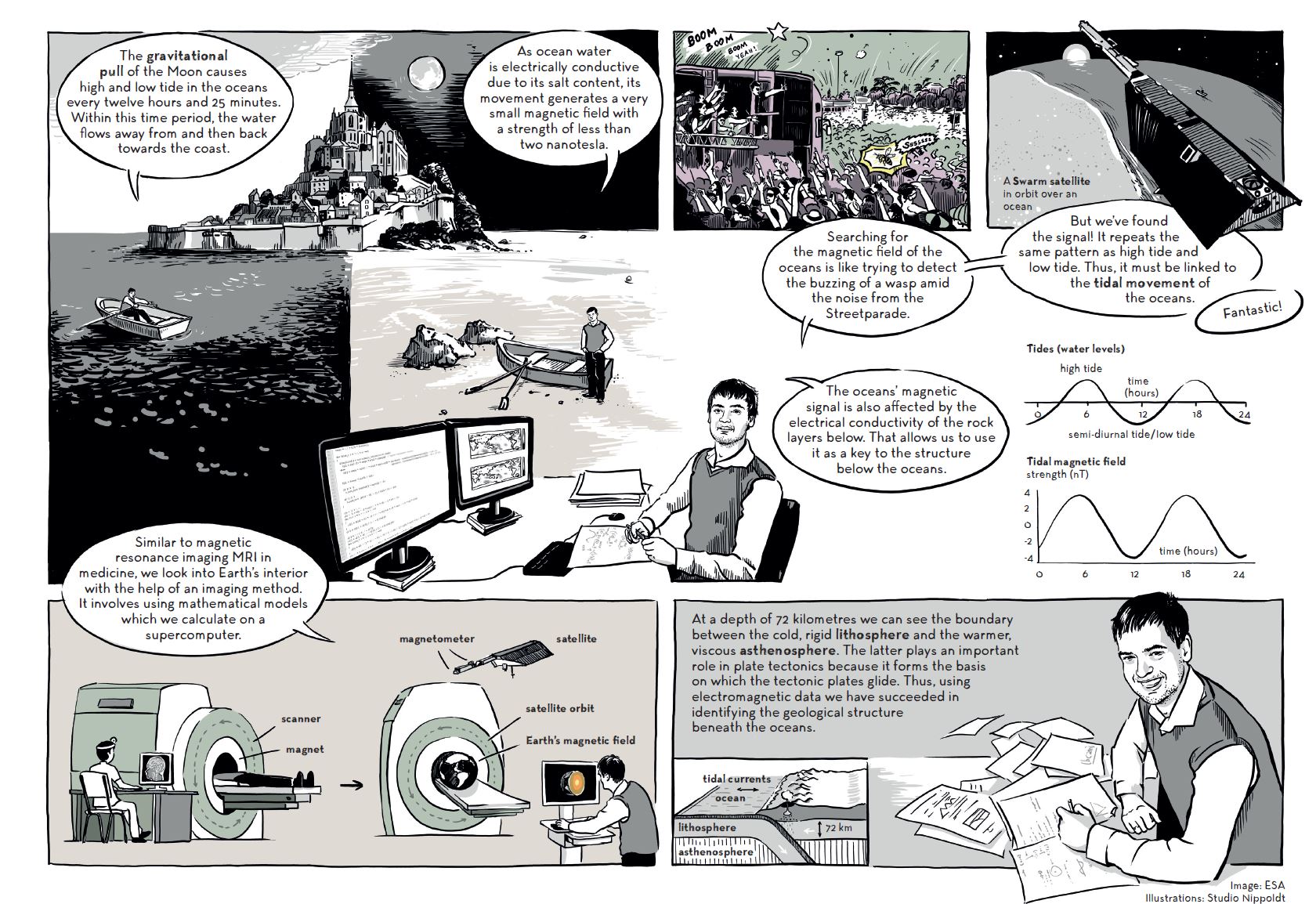 Nils Olsen, from the Technical University of Denmark, said, “We have used Swarm to measure the magnetic signals of tides from the ocean surface to the seabed, which gives us a truly global picture of how the ocean flows at all depths – and this is new.

“Since oceans absorb heat from the air, tracking how this heat is being distributed and stored, particularly at depth, is important for understanding our changing climate.

“In addition, because this tidal magnetic signal also induces a weak magnetic response deep under the seabed, these results will be used to learn more about the electrical properties of Earth’s lithosphere and upper mantle.”