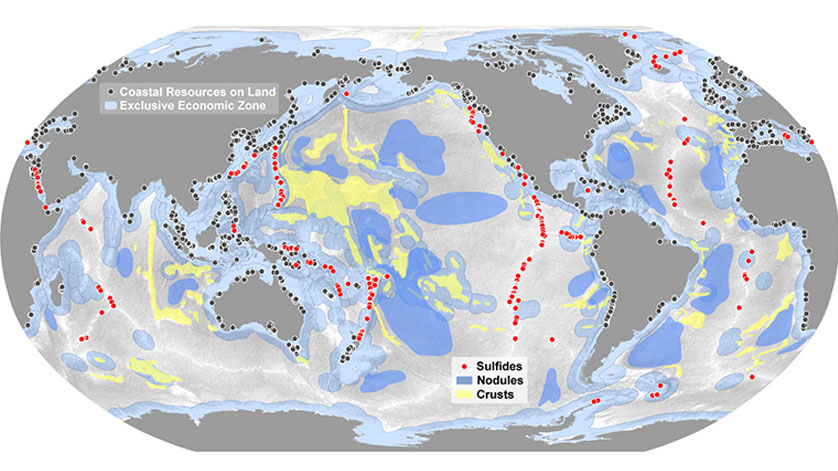 Mining in the deep sea is technically very challenging and at present not economically feasible. However, deposits in coastal areas beneath the shallow, more accessible continental shelf could help to meet the growing demand for mineral resources. This is the conclusion of a group of researchers from GEOMAR Helmholtz Center for Ocean Research Kiel in a contribution in the internationally renowned magazine Nature Geoscience.

The demand for raw materials is rising continuously, forcing mining companies to use lower-grade ores and to explore at greater depths. This could lead to a decline in production in the coming decades. Many industrialized economies also depend on imports of metals for their high-tech industries. Some of these metals occur in ore deposits that are found only in a few countries. In order to ensure a supply of these so-called critical metals, deep-sea deposits have been considered as possible alternatives for some time.

Despite all concerns about the sensitivity of the marine environment and the ecosystems, the prospect of deep-sea mining is fast approaching. For example, the first exploration licenses for manganese nodules in the central Pacific Ocean were already issued in 2001 by the International Seabed Authority and are now about to expire, opening the door to exploitation. In other parts of the oceans massive sulphides formed by hot vents (so-called black smokers) and cobalt-rich ferromanganese crusts formed on rocky seafloor are being examined for future production.

However, the continental shelf close to the coasts, which has so far mainly been explored for oil and gas deposits, could also become an area of interest for ore deposits. In a Nature Geoscience, a group of marine researchers from Kiel, Germany consider the possibility of undersea mining at the ocean margins. 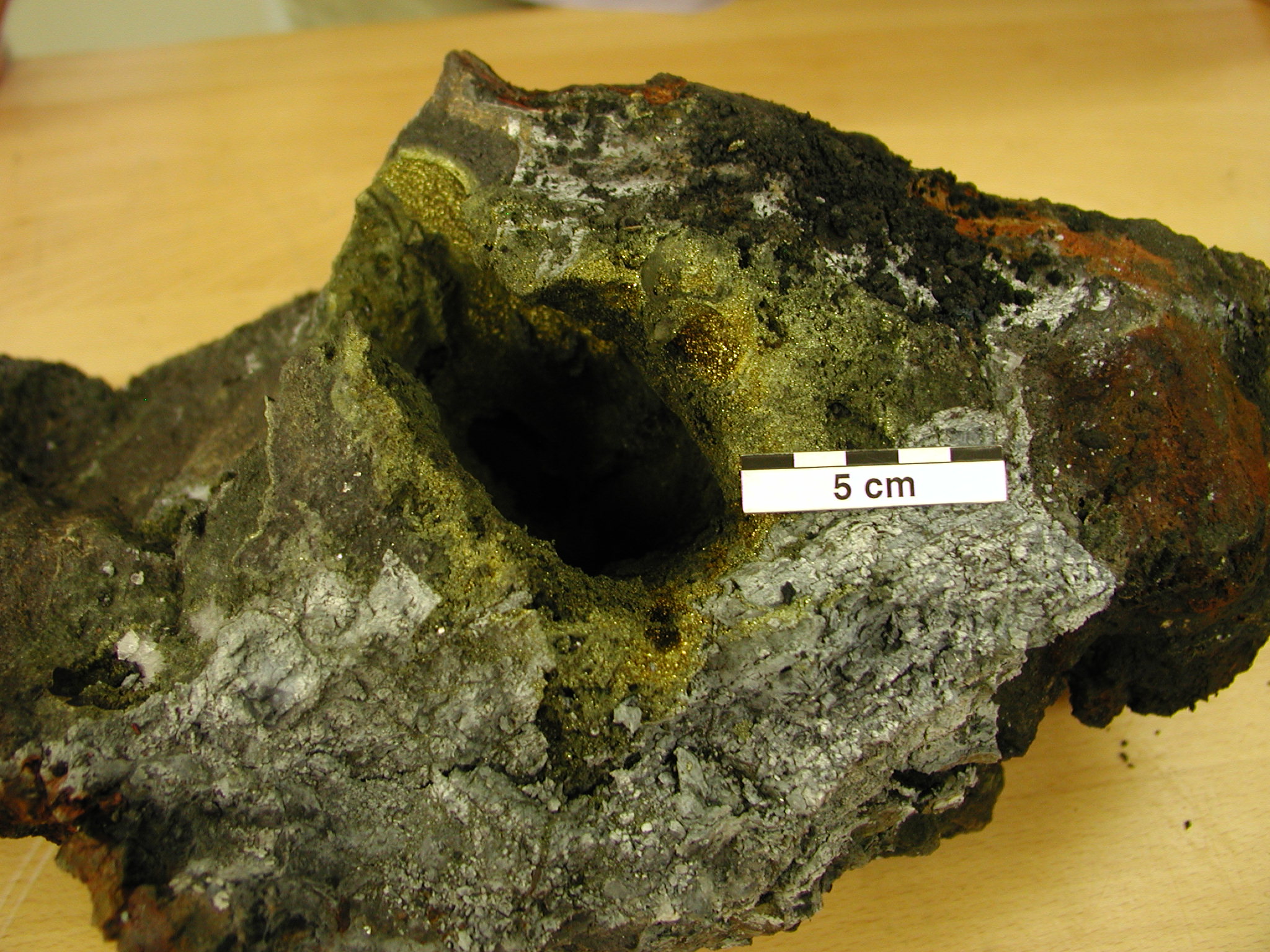 Ore from the deep sea: massive sulfide of a black smoker. Source: GEOMAR.

“The time period from the discovery to the exploitation of mineral resources is getting longer”, explains Prof. Dr. Mark Hannington, Head of the Group for Marine Mineral Resources at the GEOMAR Helmholtz Center for Ocean Research Kiel. “In addition, only a handful of all known deep-sea resources may ever be commercially used," Hannington continues.

The Kiel researchers, on the other hand, believe that some mineral deposits in the continental shelf areas could be significantly more promising. The technological challenges could be much less daunting and the geological conditions present promising opportunities to discover interesting commercial deposits that are not present in the deep-sea.

An area of continental crust roughly equivalent to one third of the global landmass lies submerged beneath the shelf. The structure and composition of these areas are very similar to the continents, suggesting that resources found on land are available here as well. The evidence is that there are many resources already being mined on land in the coastal regions. An impressive example is the discovery in 2015 of a giant gold deposit under the Yellow Sea near the largest gold deposits in China. “Almost all types of metal that are in demand today are found in coastal areas, in total more than 1,700 ore deposits within a distance of less than 50 km from the coast”, explains co-author Dr. Sven Petersen from GEOMAR. The Kiel geologists predict the occurrence of further large deposits in different shelf regions, hidden below the seafloor. This could include gold deposits off the coast of West Africa, nickel deposits under the Arctic Ocean, and lead-zinc deposits in the Gulf of Mexico or the Mediterranean. “The list of possible occurrences is long and could change our view of the worldwide offshore mineral resources”, Hannington says.

According to the GEOMAR scientists, a further advantage of subsea mineral deposits under the shelf is that mining could be performed in a more environmentally friendly way by means of tunnels from land or from artificial islands or platforms. Fewer legal issues would be expected as well, since the deposits in coastal regions are already within declared exclusive economic zones.