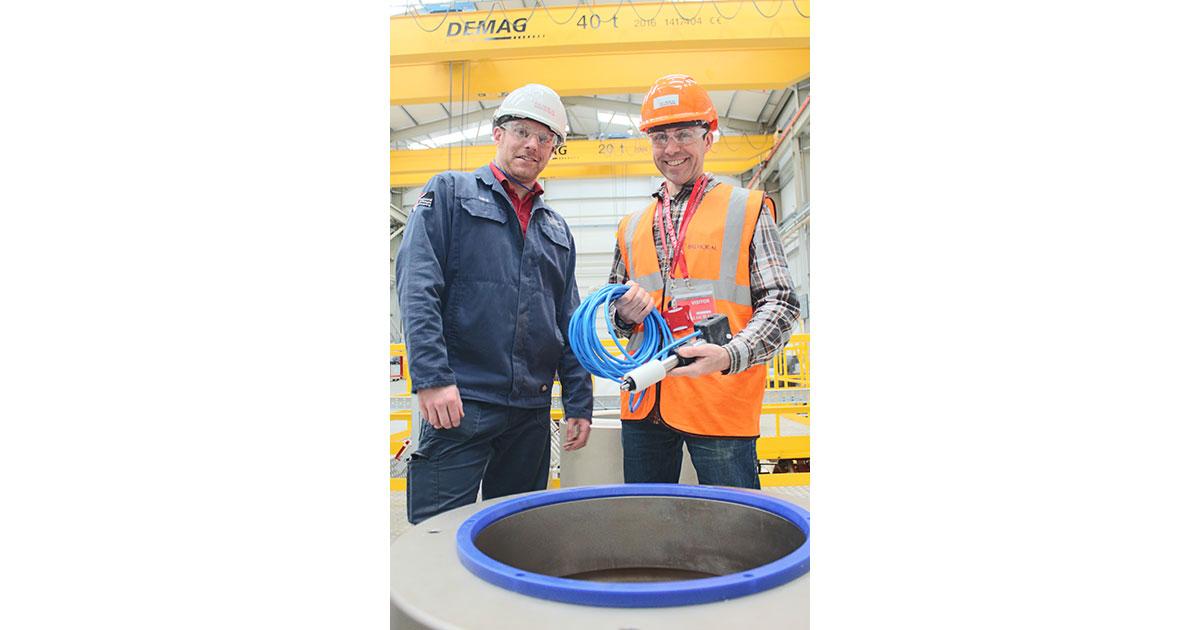 The Balmoral Subsea Test Centre in Aberdeen has carried out hydrostatic tests on equipment that will be used to monitor the interaction between tidal turbines and marine mammals in the Pentland Firth.

The linear actuators that were tested form part of a marine mammal monitoring station anchored to the sea floor. Utilizing both passive- and active-acoustic tracking techniques, the station will collect data on the underwater movements of marine mammals around operating tidal turbines. This data will be used by the tidal energy industry and regulatory authorities to make informed decisions about marine mammal collision risk for tidal energy developments.

Michael Oswald, of the Scottish Oceans Institute at the University of St. Andrews, said: “The wide range of test chambers available at the Balmoral Subsea Test Centre meant that our specific needs could be easily accommodated, not to mention the tight timeline we required.

“The testing has given us confidence in the current configuration and helps us to narrow our focus in future designs. We sincerely thank the engineers and technicians at Balmoral for their expertise and assistance.”

Test house manager, Derek Weir, said: “We were delighted to work with St. Andrews University in ensuring their equipment was fully trialled and fit for purpose.

“Although it’s not generally recognised, we carry out many different types of tests from outwith the oil and gas arena and work closely with the academic, defence and oceanographic sectors.”

MeyGen is developing the tidal stream project of up to 398MW which lies just 2km from Scotland’s north-east tip. To the north of the site is the uninhabited island of Stroma which creates a natural channel with the mainland to accelerate millions of tonnes of water flowing between the North Sea and the Atlantic Ocean every day.

This site was originally identified in 2007 following a global review of tidal resource which concluded that the high flows, medium water depths and proximity to the mainland rendered it a prime location for development.

The project is currently the largest planned tidal stream project in the world and is the only commercial multi-turbine array to have commenced construction.

The first phase of the project involves the deployment of four 1.5MW turbines installed on gravity turbine support structures and will act as a precursor to the development of the remaining consented 86MW project.

The project will demonstrate that the development of tidal array projects is both commercially viable and technically feasible, with the lessons drawn from the construction, installation, operation and maintenance of this phase feeding into subsequent phases.

The turbines connect to the onshore power conversion unit at the Ness of Quoys where the low voltage supply will be converted for export to the local distribution network. On completion this phase of the tidal array will generate sufficient electricity to supply 2,600 homes.

The supply chain for this phase of the project is spread across the United Kingdom, Europe and North America. 43% of the project’s expenditure is in Scotland and includes companies in Caithness, and Ross and Cromarty.