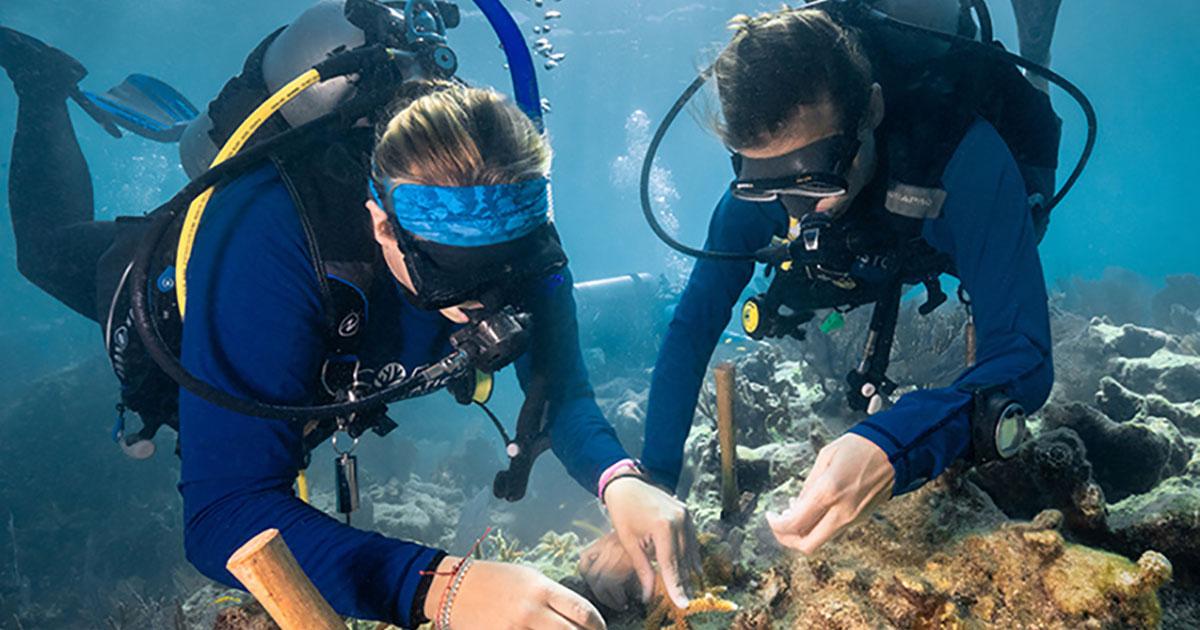 In collaboration with state and local partners, NOAA announced on December 9, a bold strategy to restore and preserve seven coral reef sites in the Florida Keys, part of an unprecedented, decades-long effort to revitalize the region’s highly diverse and economically valuable marine ecosystem.

The project, Mission: Iconic Reefs, calls for restoring nearly three million square feet of the Florida Reef Tract, about the size of 52 football fields, one of the largest strategies ever proposed in the field of coral restoration. Over the next year and beyond, NOAA will support this effort and work with outside partners to secure additional public and private funds. 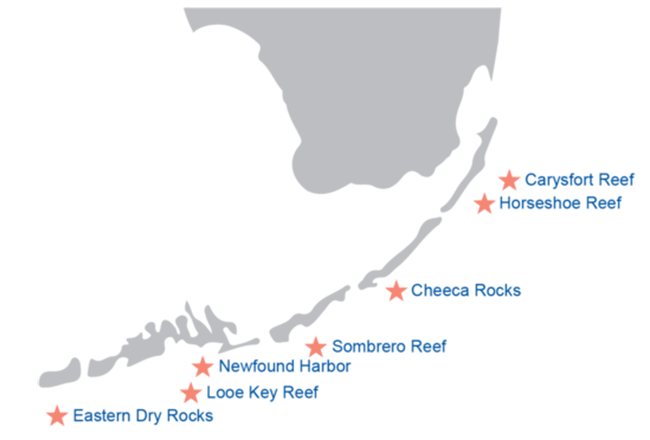 “NOAA is fundamentally changing its approach to coral reef restoration by proactively intervening to restore reef health and improve ecological function,” said Neil Jacobs, Ph.D., acting NOAA administrator. “Bold and decisive action has the very real potential to save one of the largest and most economically important reef ecosystems in the world before it’s too late.”

Since the 1970s, hurricanes, heat-induced coral bleaching, cold snaps, and disease events, as well as acute impacts such as pollution, ship groundings, prop scarring, and misused boat anchors, have reduced coral coverage in the Florida Keys to two percent, based on observations at the Iconic Reef sites, from its historical coverage of 25 to 40 percent. Coral cover is a measure of the proportion of reef surface covered by live stony coral rather than sponges, algae, or other organisms that make up the reef system. In general, 25 percent coral cover is considered necessary to support a healthy ecosystem and protect reef structure. 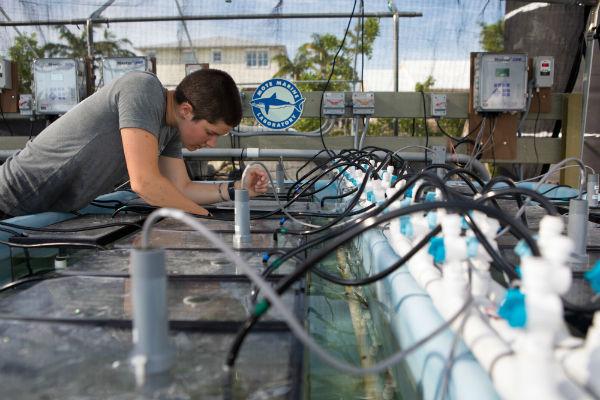 Corals grown in a land-based nursery are an important component of Mission: Iconic Reefs. (Mote Marine Laboratory and Aquarium)

The restoration effort will incorporate a phased implementation approach over the next 20 years on the seven reefs. The first phase, designed to increase coral cover from two to 15 percent over 10 years, will focus on restoring elkhorn and staghorn corals, fast-growing species that have not been affected by the current outbreak of stony coral tissue loss disease, as well as begin to incorporate resilient corals of other slower growing species. At these sites, scientists will remove nuisance and invasive species like algae and snails, and reintroduce sea urchins and crabs to help keep the reefs clean and healthy.

The second phase, which is designed to return the reef to its historical coral cover of 25 percent, will focus on adding additional slower-growing, foundational coral species propagated from colonies that have survived or been rescued from bleaching and disease events. The goal is to restore diversity and ecological function to the reefs by returning coral cover at target reef sites to a self-sustaining level.

Collaboration among federal and state agencies, leading coral reef experts, local restoration practitioners, and the Florida Keys community will be key to the success of this ambitious effort. Partners include the State of Florida, Coral Restoration Foundation, Mote Marine Laboratory and Aquarium, The Florida Aquarium, The Nature Conservancy, Reef Renewal and the National Marine Sanctuary Foundation.