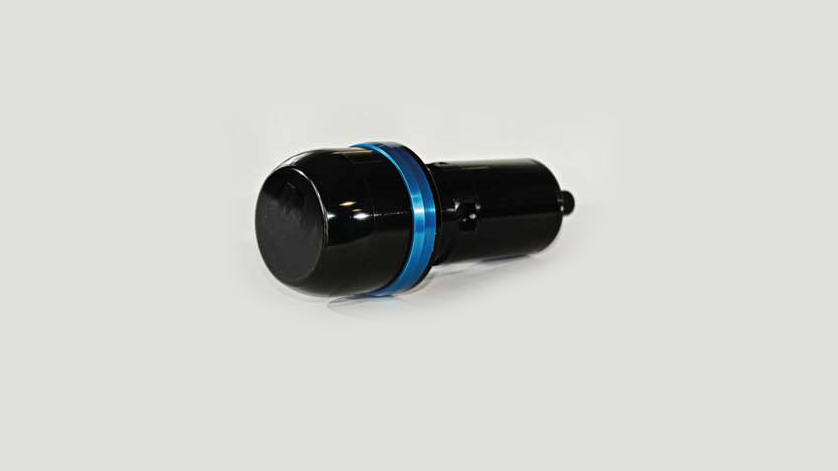 “We are very pleased to introduce Clariscan technology to our product line,” says Daryl Morse, Sales Manager at Kongsberg Mesotech. “Our 1171 4000 m depth-rated sonar already performed very well with the monolithic transducer, but with the addition of the wide-bandwidth composite transducer and acoustic lens, the image quality is exceptional. The acoustic lens is one of the most significant enhancements in the history of scanning sonar. It’s a game-changer.”

Domed sonars were introduced in the 1990s using enclosed transducers in an oil-filled dome to provide mechanical protection and eliminate flooding due to O-ring failure on the exposed transducer shaft. While the oil-filled dome solved the O-ring flooding failures, it introduced beam defocusing in two conditions, warm & shallow and cold & deep. The beam defocusing effect reduces clarity of the images produced and becomes more extreme in cold deep water as depth increases. Until now, there has been no solution to this problem, aside from using a high-resolution scanning sonar head.

KONGSBERG engineers have solved this problem by designing a patented acoustic lens that maintains beam focus through the entire operational temperature and depth range, significantly improving sonar performance and resulting in images that are much sharper. The Clariscan acoustic lens behaves like an optical contact lens, correcting the refraction caused by the oil in the dome.

Deep water testing in the Gulf of Mexico has shown the clarity of images produced by the Clariscan compared to a standard 1171 domed sonar with composite transducer (see accompanying images). The two sonar heads were mounted side by side on the ROV (Remotely Operated Vehicle) and thus exposed to the same temperature, pressure and salinity conditions, and were operated simultaneously during image capture. The image quality of the Clariscan sonar unit is clearly superior, rivaling a high-resolution scanning sonar head.

KONGSBERG is taking orders of the Clariscan Domed Scanning Sonar and the new units are going into production effective immediately.