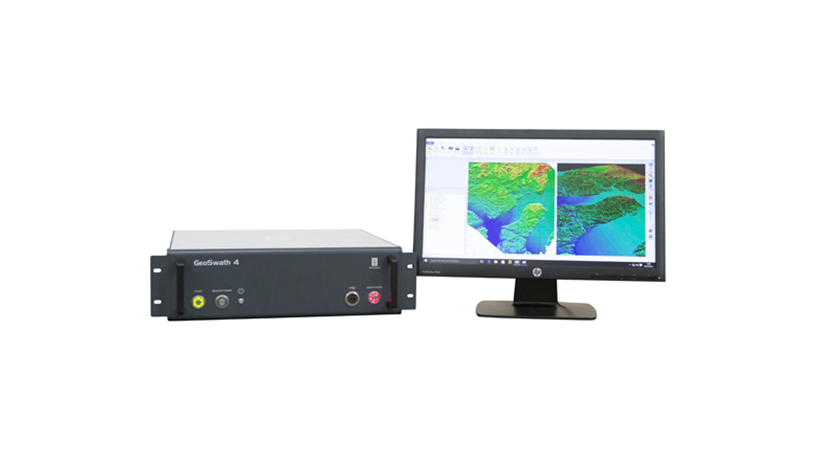 Kongsberg Maritime has launched GeoSwath 4, the fourth generation of its market-leading GeoSwath shallow water multibeam echo sounder. GeoSwath remains the most successful shallow multibeam of its type but now, after more than ten years of record breaking sales it has been brought up to date with new features, better software and improved performance.

GeoSwath 4 features a new look deck unit, which is much smaller and lighter, with sufficient Ethernet, USB and serial interfaces to suit any combination of peripheral sensors. Inside, the new hardware enables the GS4 to transmit on both port and starboard transducers simultaneously, doubling the previous along track data density and increasing the performance and resolution as a result.

The new design positions GeoSwath 4 as the most advanced multibeam echo sounder in its class. It delivers unsurpassed productivity in shallow waters thanks to a very wide swath coverage, which can exceed 12x water depth, in addition to data coverage up to the water line. The system also enables reliable seabed classification and monitoring with real time side scan data, co-registered and geo-referenced and calibrated for repeatable results.

With a brand-new GUI, GeoSwath 4 has been simplified and automated for easier operation, helping surveyors to deal with complex survey situations. The new GS4 software has been specifically designed for the system and features real time processing and new automated filters. Although interfaces are available to all major packages, no 3rd party software is needed to deliver accurate results. The software includes 64-bit acquisition and processing, improved graphics, new file formats and many additional improvements that make the system faster and easier to use.

“These technological improvements keep the GeoSwath name at the forefront of the increasingly important shallow water market and ensure that users can quickly and accurately map these environments with confidence,” said James Baxter, Product Sales Manager, Kongsberg GeoAcoustics.