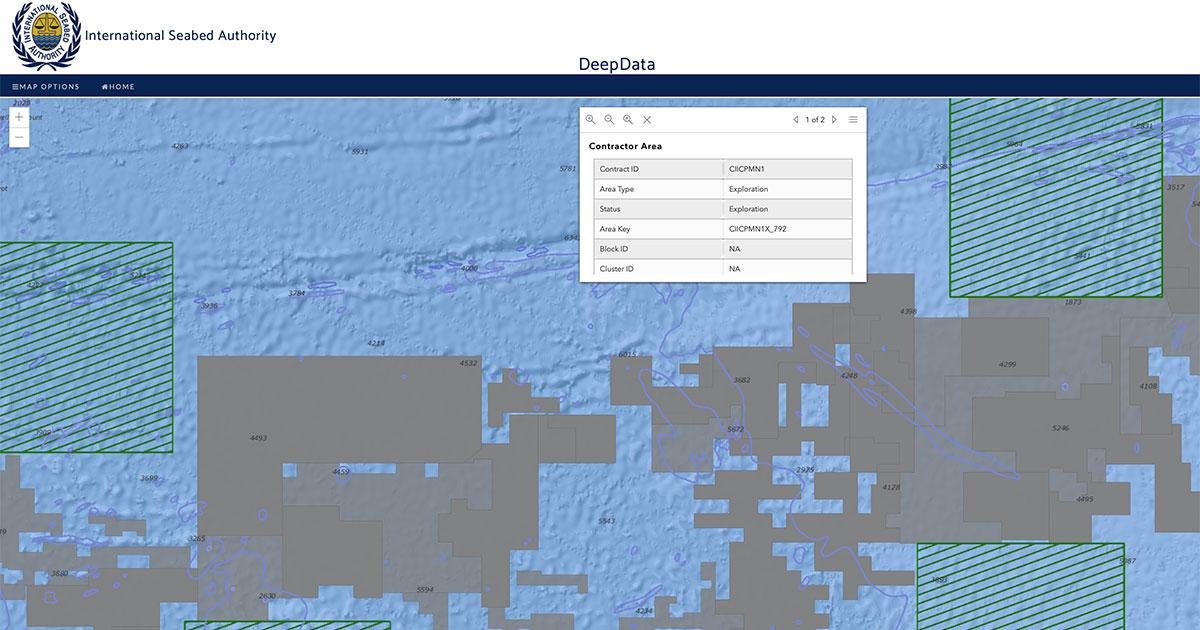 Heads of States and Government, ministers, former Secretary-Generals, United Nations officials and observers who attended the Special Commemorative Session of the Assembly of the International Seabed Authority (ISA) in Kingston on 25 July 2019 commended ISA on its efforts towards advancing the sustainable development of mineral resources for the benefit of all mankind over the last 25 years.

In the morning session, ISA Secretary-General, Mr. Michael W. Lodge, and Head of the Monaco Delegation, Mr. Tidiani Couma, presented the 2019 edition of the ISA Secretary-General’s Award for Excellence in Deep Sea Research, to Dr. Mauricio Shimakbukuro of Brazil, cited for his extensive work on the ecology of the South Atlantic and deep-sea exploration experience.

Following the ceremony, a high-level panel on strengthening capacity-building opportunities and initiatives for developing States was held. Chaired by the President of Nauru, Hon. Mr. Baron Waqa, the panel was also comprised of Mr. Jens Frolich Holte, (Deputy Minister of Foreign Affairs, Kingdom of Norway), H.E Carlos Den Hartog (Permanent Representative of Brazil to ISA), Mrs. Rena Lee (Ambassador for Oceans and Laws of the Sea Issues, Special Envoy of the Minister for Foreign Affairs of Singapore), Mrs. Sonali Samarasinghe (Minister, Permanent Mission of Sri Lanka to the UN), and H.E Satyendra Prasad (Permanent Representative of Fiji to the UN).

In the afternoon, the Secretary-General launched the DeepData database, which will serve as the principle repository of all deep-seabed related data collected in the international seabed area. In its current state, it features an interactive map with searchable data points, such as the biological, physical and geochemical parameters of the marine ecosystems from the seafloor to the ocean surface, submitted by ISA’s 29 contractors and covering approximately one per cent of the international seabed area. It is available for use at https://data.isa.org.jm.

The day concluded with the official commemoration of ISA’s 25th anniversary opened by the Prime Minister of Jamaica, the Most Honorable Andrew Holness, who emphasized ISA’s achievements since its establishment and the central role it is mandated to play in the international seabed area.

“This progressive organization, entrusted with the management and preservation of the common heritage of humankind, is to be congratulated for effectively undertaking the orderly, safe and responsible administration and development of the resources of the deep seabed,” commended the Prime Minister.

In his remarks, the President of Nauru, Mr. Baron Waqa, further noted the significance of the UN Convention on the Law of the Sea for Small Island Developing States (SIDS) and commended ISA on its commitment and activities towards building capacities in the Pacific region.

“Twenty-five years ago, the international community steered the world towards the effective management of the resources in the Convention, which took the special needs of SIDS into consideration,” said the President. “It is now a historic time with the realization of deep-sea mining and an exciting time in ocean governance. ISA has reached a milestone in its work and has grown and matured into a well-respected international organization,” he added.

In his address, ISA Secretary-General, Mr. Michael W. Lodge, highlighted that the past 25 years have provided ISA with a solid foundation on which to build for the future, while demonstrating what could be accomplished collectively to “instill in the next generation that same sense of wonder and respect for the ideals embodied in the Convention.”

“Thanks to all that has been achieved over the past 25 years, we have an opportunity to put in place stringent and effective rules for these resources that balance conservation and sustainable use and to do so before extraction begins – something that has not been achieved in any other sector,” added the Secretary-General. “But we must do so with full confidence and trust in the legal regime that has been established over more than 50 years and that has evolved over 25 years from this small island of Jamaica.”

Ardyne Launches With Acquisition of Well