InVADER to Use Resident Sensing on Deep Sea Vents 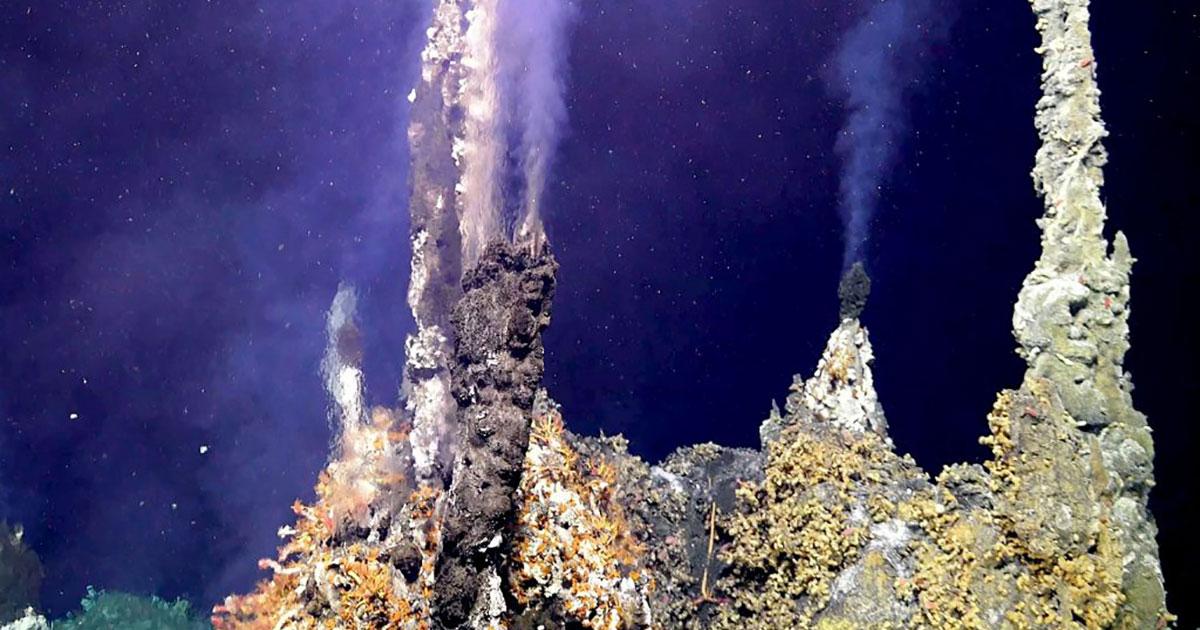 The search for extraterrestrial life will include oceans on other planets. These scientists are testing the technology needed to find such life by visiting a seamount off the northwest coast of the United States.

Pablo Sobron, a SETI Institute physicist, and Laurie Barge, a NASA JPL research scientist, are the recipients of a NASA Planetary Science and Technology from Analog Research (PSTAR) grant to study underwater hydrothermal systems at Axial Seamount, the largest and most active volcano on the western boundary of the Juan de Fuca tectonic plate.

Their project, known as InVADER (In-situ Vent Analysis Divebot for Exobiology Research), will transform the technological and operational arsenal available for future Ocean World exploration. The InVADER team, which consists of scientists and engineers from other institutions in the United States and Great Britain, will broaden the scientific knowledge and techniques available to ocean sciences today.

“With InVADER, we bring next-generation space exploration tools 1500 meters below the ocean surface,” said Sobron. “This way, our project offers unprecedented opportunities to bridge studies of Earth’s oceans and mission concepts to explore oceans in our Solar System.”

InVADER integrates an innovative science payload into a deep ocean platform. The overarching mission is to advance technologies for autonomous sampling and real-time sensing. To accomplish its goal, InVADER features the first long-term-resident, real-time, combined imaging and spectroscopy payload for underwater sensing. InVADER will take daily measurements for 12 months. The data collected will provide a greater understanding of geochemical dynamics across time and also allow active investigation of microbial metabolisms in hydrothermal environments.

By being resident on-site at the vent, InVADER will capture transient events and provide unprecedented spatial and temporal access to a deep ocean hydrothermal system. This data will determine relevant gradients in vent systems; composition and mineralogy of hydrothermal chimneys and associated precipitates; relevant small-scale features that are indicators of vent geochemistry and/or habitability; and the presence and distribution of organics.

The team will also bring back samples of local fluids and minerals to be analyzed in the lab. Analysis will enable the team to characterize the mineralogy, hydrothermal fluid compositions, and geological context of the samples.

“Together, these measurements will help us determine new strategies to study life in Earth’s oceans and refine methods for how we might study habitable vent systems on ocean worlds like Europa or Enceladus in the future” explained Barge.

The InVADER project is a compelling example of a public/private, multi-institute partnership with a dynamic team that includes:

“InVADER brings together an exceptionally qualified team of senior and junior scientists, engineers, and students including student interns from the community college,” said Sobron. “The team will leverage NASA and National Science Foundation (NSF) investments – the NSF funds and the University of Washington operates and manages the Regional Cabled Array where InVADER will be deployed – to further technological advances that will enhance our scientific understanding of oceans on Earth and beyond.”