‘EXPOSURES’i is an EU funded project working to establish a new marine information data collection system which can be exploited for the benefit of commercial marine applications such as the measurement of scour around wind turbine foundations and the managing of coastal erosion and silting.

Through the development and use of advanced underwater ‘Internet of Things’ infrastructures the project plans to create innovative data that will be invaluable in helping protect the marine environment and assisting with the sustainable exploitation of the sea's resources.

Focusing initially on seabed monitoring, using autonomous systems, EXPOSURES will show how new seabed bathymetric data can be integrated seamlessly with data and models from other sources (e.g. archived survey data) to generate high value information for a wide range of users of coastal waters and seabed resources.

The EXPOSURES pilot infrastructure has already been designed, built and deployed at the 'SUNRISE'ii 'Internet of Things' facility in Porto, Portugal and will be used to undertake a series of live field trials. These will cover two specific applications that have been identified which have significant socio-economic importance to the marine industry and government agencies; scour around wind turbine foundations and managing erosion and silting. During the project evidence will be generated which will contribute directly to the technical and business validation of the EXPOSURES platform.

Although the project will be focused on the two initial uses, establishment of this innovative technology will enable it to be used across a broad range of marine applications. 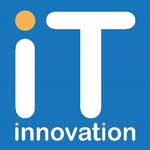 To ensure the technology is developed to full effect, the project partners, IT Innovation (University of Southampton) and Marine South East are facilitating the EXPOSURES 'Interest Group'. Through this, potential end-users and other interested parties from the marine industry, government agencies and scientific community will be able to learn more about the project. They will be able to engage with the project team and contribute directly to developments maximizing applicability, commercial potential and fostering market creation.

Group members will be first to see public project information and will be invited to attend the workshops and networking sessions as the project progresses.

Membership of the Interest Group is free. To join please, click here, and click on the green 'Join' button.

Presentations from the initial stakeholder workshop, held in October 2015, are available to view on the Group Spaces website.

The 12 month project will aim to demonstrate that the EXPOSURES platform is viable and by summer 2016 the intention is to have a stakeholder consortium and strategy to take the technology to the next phase.

Field trials in early 2016 and will be followed by a Validation Workshop hosted by HR Wallingford in early April (tbc) to which all 'Interest Group' members will be invited.

i Exposures: (Experimental Testing of Semantically enriched and Fused IOT data streams for the evaluation of marine environmental processes and risks)

ii Sensing, monitoring and actuating on the UNderwater world through a federated Research InfraStructure Extending the Future Internet, http://fp7-sunrise.eu/