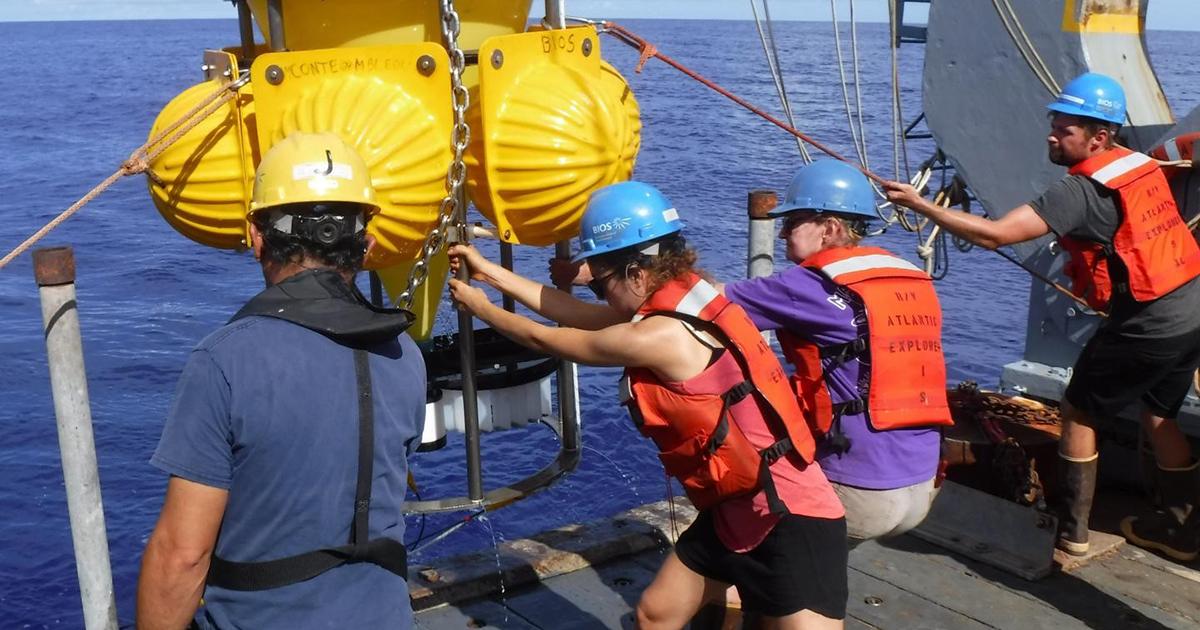 In early October 2016, tropical storm Nicole formed in the middle of the Atlantic Ocean. It roamed for six days, reaching Category 4 hurricane status with powerful 140 miles per hour winds, before hitting the tiny island of Bermuda as a Category 3.

Hurricanes like Nicole can cause significant damage to human structures on land and can often permanently alter landscapes. But these powerful storms also affect the ocean.

A new study of Hurricane Nicole by researchers at the Marine Biological Laboratory in Woods Hole, Massachusetts, and the Bermuda Institute of Ocean Sciences shows that Nicole had a significant effect on the ocean's carbon cycle and deep-sea ecosystems.

The results, published in Geophysical Research Letters, demonstrate the first direct evidence that hurricanes affect the ocean's biological pump, a process in which living organisms transfer carbon from the surface to deeper ocean layers and the seafloor.

"The availability of long-term, nearly continuous observing programs like those near Bermuda gives us the ability to study sudden and extreme events against an understanding of 'normal' conditions," said Hedy Edmonds, a program director in NSF's Division of Ocean Sciences, which funded the research.