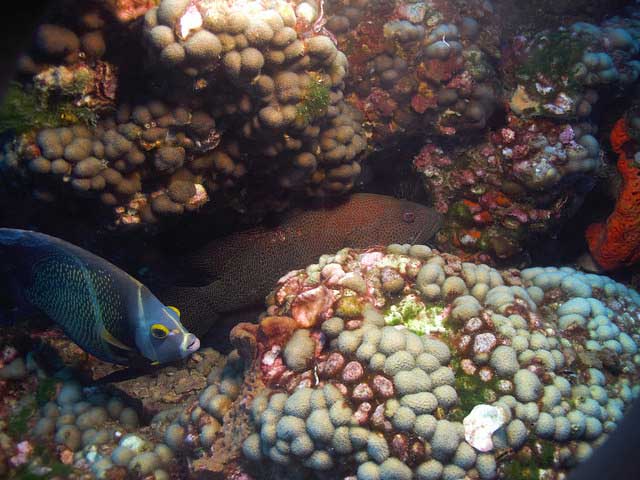 CORPUS CHRISTI, Texas — The Gulf of Mexico remains resilient five years after the explosion of the Deepwater Horizon caused the second largest oil disaster in world history. Scientists at the Harte Research Institute (HRI) for Gulf of Mexico Studies at Texas A&M University-Corpus Christi are leading a historic effort to study the spill’s impact from the deepest waters of the Gulf of Mexico to the people who live on its shores.

“There’s never been more research on the Gulf of Mexico than there is now,” McKinney said. “The Gulf has not received the kind of funding for research that we see on the Atlantic and Pacific coasts. But today, what we are learning from the Gulf will have applications all over the world.”

McKinney compared the Gulf’s resiliency after the Deepwater Horizon to a rubber band, snapping back into place after a test of its strength. Many of the Gulf’s most iconic species, like crabs, shrimp and oysters, have shown no lasting effects from the spill, McKinney said. But he warned that coastal residents should not take that quick rebound for granted. The Deepwater Horizon spill in 2010 was just one of many challenges testing the resiliency of the Gulf of Mexico. Factors like climate change, habitat loss and ocean acidification continue to threaten the long-term health and productivity of the ecosystem.

“The true measure of the health of the Gulf of Mexico is how well it can bounce back.” McKinney said. “The spill was a tremendous test of that resiliency, and five years later it seems the Gulf has passed. But questions remain about the impact of the spill on long-lived species like turtles, marine mammals, cold-water corals and the deep Gulf ecosystem. If you continue to stretch a rubber band to its limit, you’re losing some of that elasticity and making it weaker. That is the concern we must have for the Gulf.”

Looking forward, the oil spill has created opportunities for an unprecedented research on both the long-term impact of major oil spills and the environmental health of the Gulf of Mexico.

HRI was recently named as the lead organization of one of Texas’ two research Centers of Excellence, funded by oil spill fines set aside by the federal RESTORE Act. Created to serve as a hub of study into the effects of man-made and natural disasters to help guide future science and restoration efforts, the Texas OneGulf Center of Excellence will join similar efforts in Louisiana, Mississippi, Alabama and Florida.

Texas OneGulf brings together experts from a variety of disciplines and state institutions, McKinney said, including traditional biological and physical sciences, human health and socioeconomics to provide a holistic picture of the spill’s impacts. All are leaders in their respective areas of research.

“Because of our unique, multi-disciplinary approach, HRI is involved in more aspects of the spill than any other institute in the Gulf,” McKinney said.

The center’s goals include creating a network of academic experts that can be called upon to respond to future Gulf-related disasters, such as oil spills or hurricanes, to ensure the best science is available for the emergency response and long-term research. Texas OneGulf will also integrate two of the largest and most powerful scientific databases now operating in the Gulf, the Gulf of Mexico Research Initiative Information and Data Cooperative (GRIIDC) and the Gulf of Mexico Coastal Ocean Observing System (GCOOS), to ensure that information is available to anyone, the public, scientists, emergency responders and public officials. Using that resource, Texas OneGulf scientists will initiate GulfHealth Metrics, a program to continually assess the health and productivity of the Gulf of Mexico.

HRI researchers have also been taking a first-time look at how oil impacts the deepest parts of the Gulf of Mexico. Research led by Dr. Paul Montagna, HRI’s Endowed Chair for Ecosystems and Modeling, found initial damage and losses suffered by the communities of tiny marine animals living on the sea floor. Because the deep sea and the sea floor are colder than the rest of the Gulf, that ecosystem could take decades longer to recover. As drilling moves father offshore and attempts to tap deeper oil reserves increase, it becomes more important to understand how spills impact these hidden communities on the soft, muddy bottom that make up the base of the Gulf’s food chain.

To learn what the future may hold for areas affected by the Deepwater Horizon spill, HRI scientists will travel to Mexico this summer, teaming with local scientists to look for residual impacts from the 1979 Ixtoc spill in Mexico’s Bay of Campeche, the third largest oil spill in history after Deepwater Horizon.

Almost no research was done immediately after the blowout of the well at Ixtoc. Dr. Wes Tunnell, HRI Associate Director and Endowed Chair for Biodiversity and Conservation Science, has long followed the impacts from the Ixtoc spill, and continues to lead this research initiative today.

The summer’s research will cover coastal areas, fisheries and deep-sea regions affected by the catastrophe, as well as the social and economic consequences of the spill.

“This is as in indicator of what the effects of Deepwater Horizon may look like 30 years from now,” McKinney said.

HRI also will team with UNAM-Sisal, a leading Mexican marine research institute, to carry out a three-year biodiversity study of the southern Gulf of Mexico.