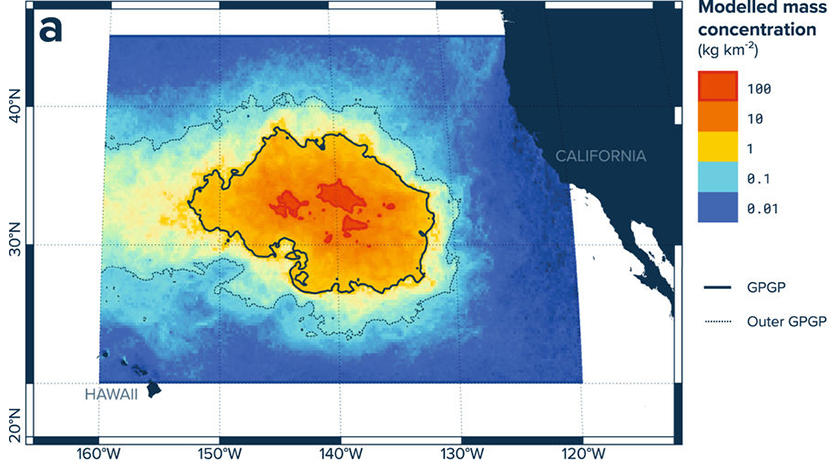 1.8 trillion pieces of plastic weighing 80,000 metric tons are currently afloat in an area known as the Great Pacific Garbage Patch - and it is rapidly getting worse. These are the main conclusions of a three-year mapping effort conducted by an international team of scientists affiliated with The Ocean Cleanup Foundation, six universities and an aerial sensor company.

Their findings were published 22 March 2018 in the journal Scientific Reports.

The Great Pacific Garbage Patch (GPGP), located halfway between Hawaii and California, is the largest accumulation zone for ocean plastics on Earth. Conventionally, researchers have used single, fine-meshed nets, typically less than a meter in size, in an attempt to quantify the problem. However, this method yields high uncertainty because of the small surface area that is covered. Additionally, these methods could not measure the magnitude of the problem to its fullest extent, because all sampling nets - small and large - were unable to capture objects greater than the size of the net.

In order to analyze the full extent of the GPGP, the team conducted the most comprehensive sampling effort of the GPGP to date by crossing the debris field with 30 vessels simultaneously, supplemented by two aircraft surveys. Although most vessels were equipped with standard surface sampling nets, the fleet's mothership RV Ocean Starr also trawled two six-meter-wide devices, which allowed the team to sample medium to large-sized objects.

To increase the surface area surveyed, and quantify the largest pieces of plastic - objects that include discarded fishing nets several meters in size - a C-130 Hercules aircraft was fitted with advanced sensors to collect multispectral imagery and 3D scans of the ocean garbage. The fleet collected a total of 1.2 million plastic samples, while the aerial sensors scanned more than 300 km2 of ocean surface. 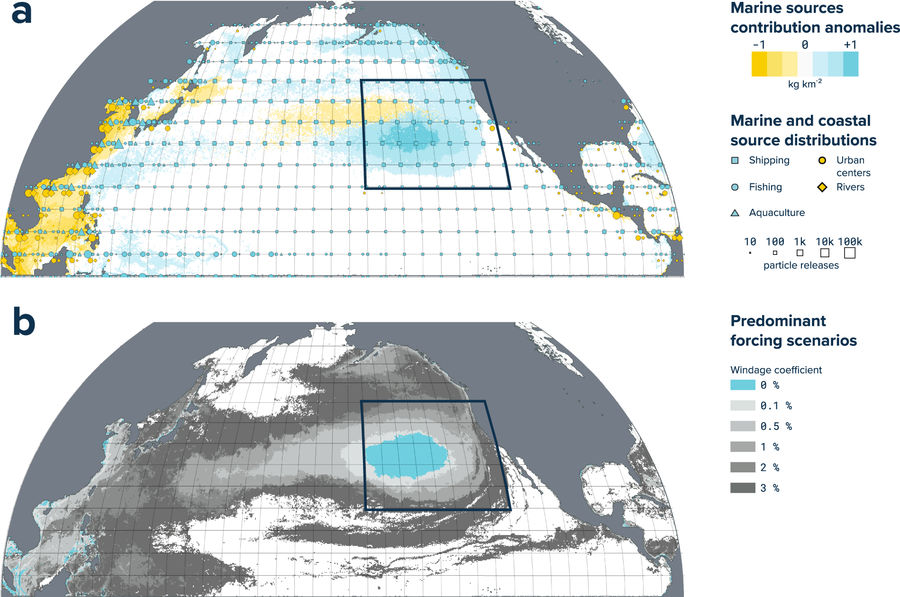 The results, published in Scientific Reports, reveal that the GPGP, defined as the area with more than 10 kg of plastic per km2, measures 1.6 million square kilometers, three times the size of continental France. Accumulated in this area are 1.8 trillion pieces of plastic, weighing 80.000 metric tons, the equivalent of 500 Jumbo Jets. These figures are four to sixteen times higher than previous estimates. 92% of the mass is represented by larger objects; while only 8% of the mass is contained in microplastics, defined as pieces smaller than 5 mm in size.

“We were surprised by the amount of large plastic objects we encountered", said Dr. Julia Reisser, Chief Scientist of the expeditions. "We used to think most of the debris consists of small fragments, but this new analysis shines a new light on the scope of the debris.”

By comparing the amount of microplastics with historical measurements of the GPGP, the team found that plastic pollution levels within the GPGP have been growing exponentially since measurements began in the 1970s. Laurent Lebreton, lead author of the study, explains: “Although it is not possible to draw any firm conclusions on the persistency of plastic pollution in the GPGP yet, this plastic accumulation rate inside the GPGP, which was greater than in the surrounding waters, indicates that the inflow of plastic into the patch continues to exceed the outflow.”

Boyan Slat, Founder of The Ocean Cleanup and co-author of the study, elaborated on the relevance of the findings for his organization’s cleanup plans: “To be able to solve a problem, we believe it is essential to first understand it. These results provide us with key data to develop and test our cleanup technology, but it also underlines the urgency of dealing with the plastic pollution problem. Since the results indicate that the amount of hazardous microplastics is set to increase more than tenfold if left to fragment, the time to start is now.”