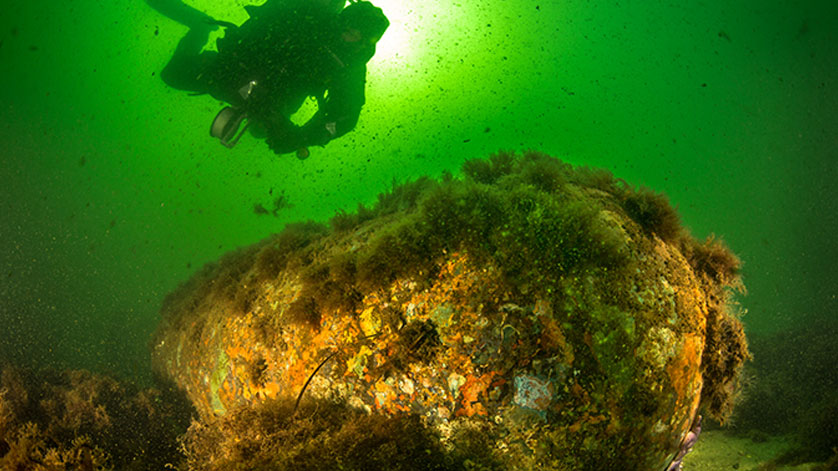 More than 70 years after the end of the Second World War, countless pieces of ammunition from this time are still lying – and corroding – in all oceans.

Once the casings are damaged, the explosives can release toxic substances into the seawater. A new review study, published by scientists from the GEOMAR Helmholtz Centre for Ocean Research Kiel and the Schleswig-Holstein Ministry of the Environment in the journal Frontiers in Marine Science, points to considerable knowledge gaps regarding the spread and effects of these chemicals on marine ecosystems.

The coastal Baltic and North Seas are widely littered with over a million tons of intact and corroding munitions, relict from wars since the early 1900s. Sea mines, aerial bombs, torpedo heads, grenades, and ammunition are all commonly found, some in piles on the seafloor where they were intentionally dumped after the wars, and others scattered throughout from use during wartime.

A new review paper published in the international journal Frontiers in Marine Science describes the scope of the underwater munitions problem not only as a northern European matter, but as a global problem. “In fact, coastal regions of nearly every continent are impacted by underwater munitions”, says lead author Dr. Aaron Beck of the GEOMAR Helmholtz Centre for Ocean Research Kiel. 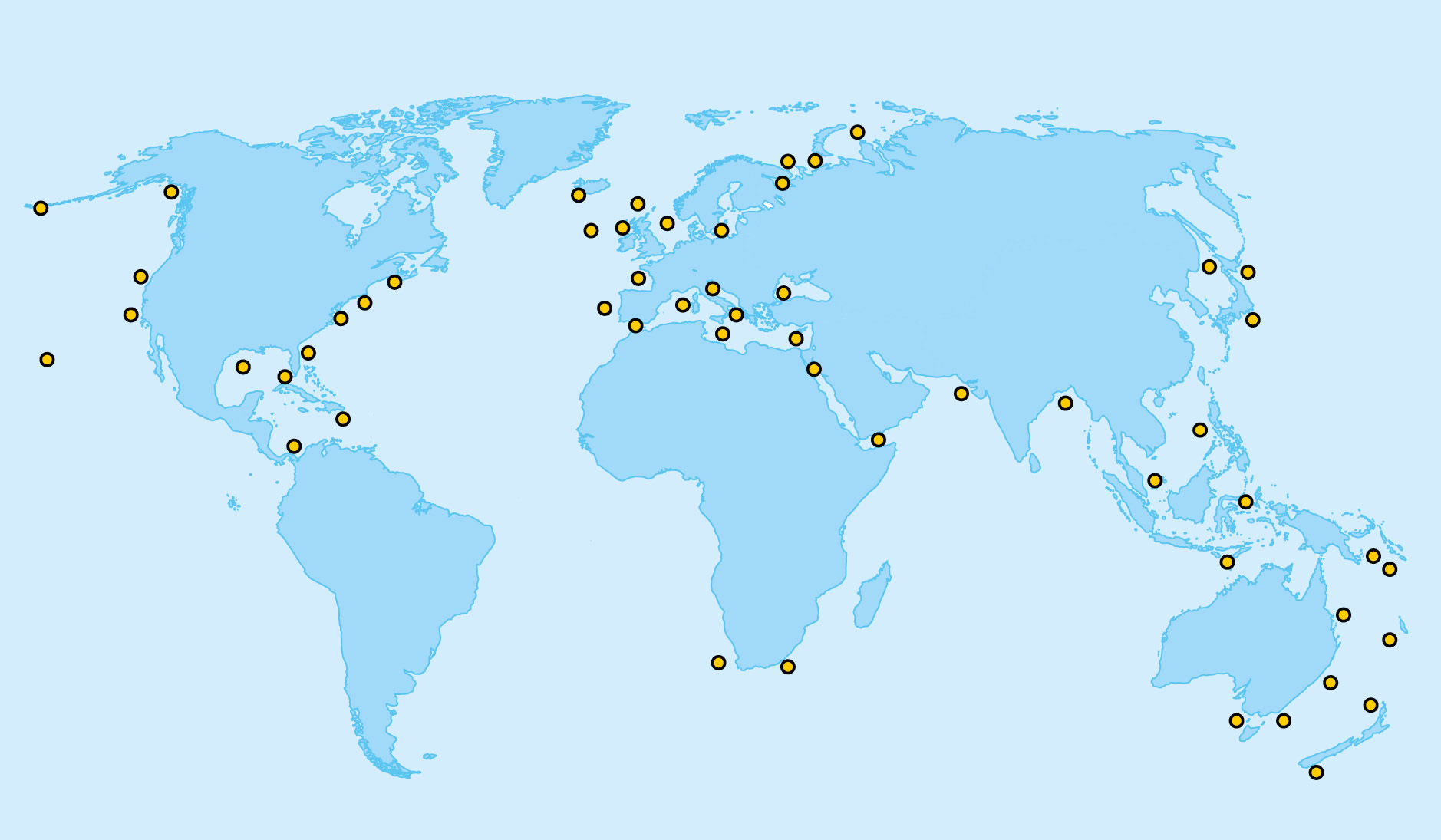 For the study, Dr. Beck and his co-authors from GEOMAR and the Schleswig-Holstein Ministry of Energy, Agriculture, the Environment, Nature and Digitalization have summarized what is known about the biogeochemical behavior and ecological impact of munitions-related chemicals in the marine environment. It has been realized in association with the GEOMAR-led BMBF research project UDEMM: Umweltmonitoring für die DElaboration von Munition im Meer (Environmental monitoring for the delaboration of munitions on the seabed), which includes partners from Kiel University, the Leibniz Institute for Baltic Sea Research Warnemünde, and the Initiative "Sea our Future" of the federal state Schleswig-Holstein.

“Although the underwater munitions problem is widespread globally, it has received surprisingly little attention. The approach thus far has primarily been “out of sight, out of mind,” despite the occasional tragedy when munitions are encountered by beachgoers or fishermen” says Dr. Aaron Beck (GEOMAR), lead author of this paper. In many cases, the precise location, identity, and condition of underwater munitions are not known. However, with increasing shipping traffic and development of offshore infrastructure associated with pipelines, wind farms, and aquaculture, there is increasing urgency to understand and begin cleaning up munitions from the seafloor.

In the many decades since most marine munitions entered the sea, the metal housings and casings have experienced extensive corrosion. Breaches in the munitions housings leads to exposure of the explosives inside, and release of these chemicals to the surrounding water. Explosives compounds are not highly soluble, but they include chemicals which are carcinogenic, and cyto- and genotoxic, and can cause sub-lethal genetic and metabolic effects in marine organisms. The release and ultimate fate of munitions-related chemicals is not well understood but is critical for predicting how underwater munitions may affect marine ecosystems.

Within the framework of the UDEMM project, GEOMAR researchers and their project partners are beginning to fill the knowledge gaps identified in the newly-published review article. The project focuses on a munitions dumpsite in the Baltic Sea near the Kiel Fjord. State-of-the-art geophysical imaging techniques are used by the Deep-Sea Monitoring group led by Prof. Jens Greinert (GEOMAR) to image, identify, and map munitions present on the seafloor. v

Advanced chemical analytical techniques applied by the Marine Biogeochemistry group of Prof. Eric Achterberg (GEOMAR) provide unprecedented insight into the release and dispersion of munitions chemicals at the site, and processes affecting their persistence in the water column. Oceanographic modelling is used by Dr. Ulf Gräwe and his colleagues at the Leibniz Institute for Baltic Sea Research Warnemünde (IOW) to understand physical and chemical processes affecting how munitions-related chemicals are spread from the study site throughout the southwest Baltic Sea. Researchers at the Institute for Toxicology und Pharmacology (Prof. Maser, Kiel University) use mussels as a novel in situ bio-indicator for ecological exposure to munitions-related chemicals released at the study site.

"In our study, we were able to show that there are still significant knowledge gaps about the global impact of old ammunition on marine ecosystems. We are in the process of closing some of them in the UDEMM project. But the ultimate goal must be to clear the seafloor of ammunition as well. And that's a mammoth task," stresses co-author Prof. Eric Achterberg (GEOMAR).

The Structure of Ocean Ecosystems has be