"Farming" Bacteria to Boost Growth in the Oceans 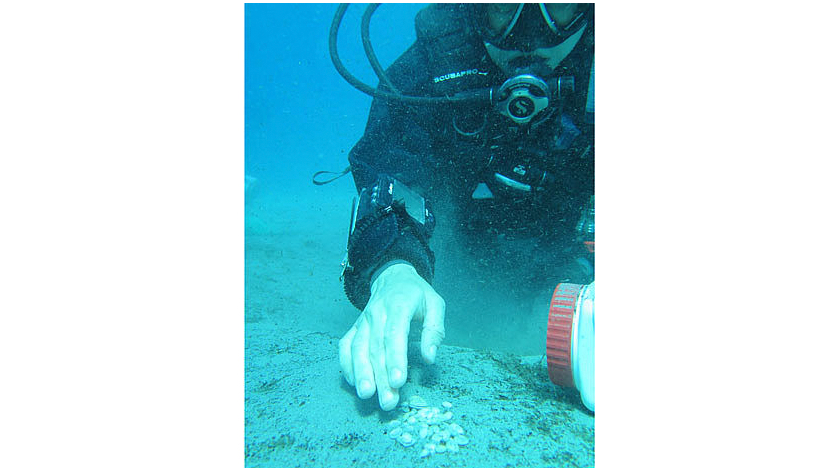 Marine symbiotic bacteria may help to "fertilize" animal growth in the oceans. Microbiologist Jillian Petersen and colleagues from the University of Vienna and the Max Planck Institute for Marine Microbiology have discovered that chemosynthetic bacteria in marine animals can fix nitrogen as well as carbon. This is the first such symbiont known to be capable of nitrogen fixation.

Chemosynthetic symbionts are bacteria living inside or on the surface of animals, supplying their host with food that would otherwise be unavailable. It has long been known that these bacteria fix carbon and convert it into organic forms. Microbiologist Jillian Petersen and colleagues from the University of Vienna and the Max Planck Institute for Marine Microbiology now reveal that the same is possible for nitrogen. Chemosynthetic bacteria transform inert nitrogen gas into bioavailable forms. As nitrogen is often the limiting nutrient in the ocean, these bacteria could be fertilizing growth in marine ecosystems.

The ability to fix nitrogen has now been discovered in chemosynthetic symbionts of marine lucinid clams and nematode worms. The symbiotic clams and worms investigated in this study are found in coastal marine waters worldwide. In some regions, the clams are even considered a delicacy. "Chemosynthetic" means the bacteria have the special ability to do primary production in the complete absence of sunlight, using only the energy stored in chemical bonds. This symbiotic primary production is effective enough to provide a food source for both the bacteria and their animal hosts.

Using state-of-the-art DNA sequencing technologies, Petersen and her colleagues discovered all of the genes necessary for nitrogen fixation in the symbionts of these worms and clams. No marine chemosynthetic symbiont was previously known to be capable of nitrogen fixation. "Our finding is especially surprising because these bacteria are probably able to take up nitrogen from their surroundings, and also to recycle nitrogen waste compounds from their hosts", says Petersen. "It seems like they wouldn’t need to fix the stuff." The team therefore also used transcriptomic and proteomic analyses on the clams, and indeed detected expression of the genes for nitrogen fixation. "That indicates that these symbionts are actively fixing nitrogen inside their hosts", Petersen continues. The nitrogen isotope composition of the clams showed typical signatures for biologically fixed nitrogen, further suggesting active nitrogen fixation by the symbionts.

Assistant Professor Jillian Petersen, who researches these symbioses at the University of Vienna, and previously at the Max Planck Institute for Marine Microbiology in Germany, led the team of researchers that made this discovery. The team in Vienna joined forces with institutes around the world including the Max Planck Institute, the University of Montpellier in France, the University of Calgary in Canada, and the Hydra Institute in Italy. "Most of our field work was done at the HYDRA Institute on Elba" according to Ulisse Cardini, a postdoctoral researcher in Petersen’s team and an experienced diver who collected many of the samples by scuba diving. "In addition, our colleagues Nicolas Higgs from the Plymouth University Marine Institute and John Taylor at the Natural History Museum in London generously shared their sample collections with us, so we were able to search for these nitrogen fixation genes in marine clam species from around the world – and we found them. The ability to fix nitrogen is probably widespread in these animal-associated bacteria", says Cardini.

"Nitrogen fixation by chemosynthetic symbionts was overlooked for a long time", says Petersen. "Since their discovery in the deep sea in the late 1970s, we have spent almost four decades researching the symbionts’ role in providing a source of carbon such as sugars for their hosts." However, even marine clams cannot live from sugar alone. This new research raises the possibility that these symbionts may provide the unexpected benefit of a natural source of nitrogen to augment their host’s diet. They could even be fertilizing the surrounding habitat by releasing available nitrogen to the surrounding water. "Our future research aims to answer this question: Do these marine symbiotic bacteria help to 'fertilize' the oceans, too?"