Scientist from Heriot-Watt University are working with an international team to explore the Pacific Ocean and deep-sea nodule mining.

The group recently returned from a 34-day expedition to study deep-sea biodiversity and ecological processes in the western Clarion-Clipperton Zone (CCZ).

The expedition, aboard the UH-operated research vessel Kilo Moana, studied an area in the Pacific Ocean where numerous manganese nodule mining exploration claims are located.

The project is being led by the University of Hawai‘i at Mānoa. 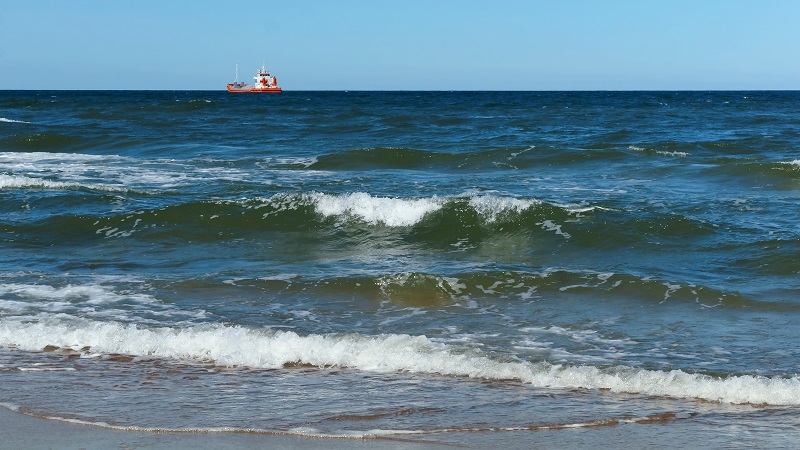 Chief scientist Craig Smith, professor of Oceanography at the university said: “The diversity of life in these seafloor areas is really amazing. We found at least ten species of giant sea cucumbers, a huge squid worm never seen before in the Pacific Ocean, and all kinds of sponges and other animals with really neat adaptations, such as sea cucumbers with long tails that allow them to sail along the seafloor.”

More than one million square kilometers of the abyssal Pacific seafloor have been identified for possible seafloor nodule mining. Manganese nodules are a potential source of copper, nickel, cobalt, iron, manganese and rare earth elements — metals used in electrical systems and for electronics like rechargeable batteries and touch screens.

Deep-sea nodule mining is expected to result in the destruction of marine life and seabed habitats over large areas; this destruction has the potential to occur within sites directly mined as well as in adjoining areas impacted by sediment plumes created by mining activities.

The abyssal plains cover 70 percent of the global seabed and are the biggest habitat on earth’s surface.

These seafloor habitats remain among the most poorly studied on the planet because they are remote and require specialist equipment to study. Yet they may harbor an extraordinary diversity of organisms ranging from giant sea cucumbers to novel bacteria.

The research cruise, dubbed the DeepCCZ Expedition, was the first to study the wealth of organisms on seafloor plains and seamounts in areas currently designated as “no-mining areas” in the western CCZ.

A major goal is to determine whether these protected areas are adequate to conserve the biodiversity in the region from the destructive activities of seafloor mining.

More than 100 species of large animals were collected or videotaped at the seafloor, many of which appear to be newly discovered species.

In addition to the ROV, the expedition used a broad suite of new deep-sea technologies to study the biodiversity and ecology of abyssal organisms ranging from bacteria to meter-long fish.

Mediterranean Seamounts, a Hotspot of Bi

New Insights into The Linkage Between St

Seafloor Drilling Reveals Secrets of the