Explorers Reach the Deepest Point in the Red Sea 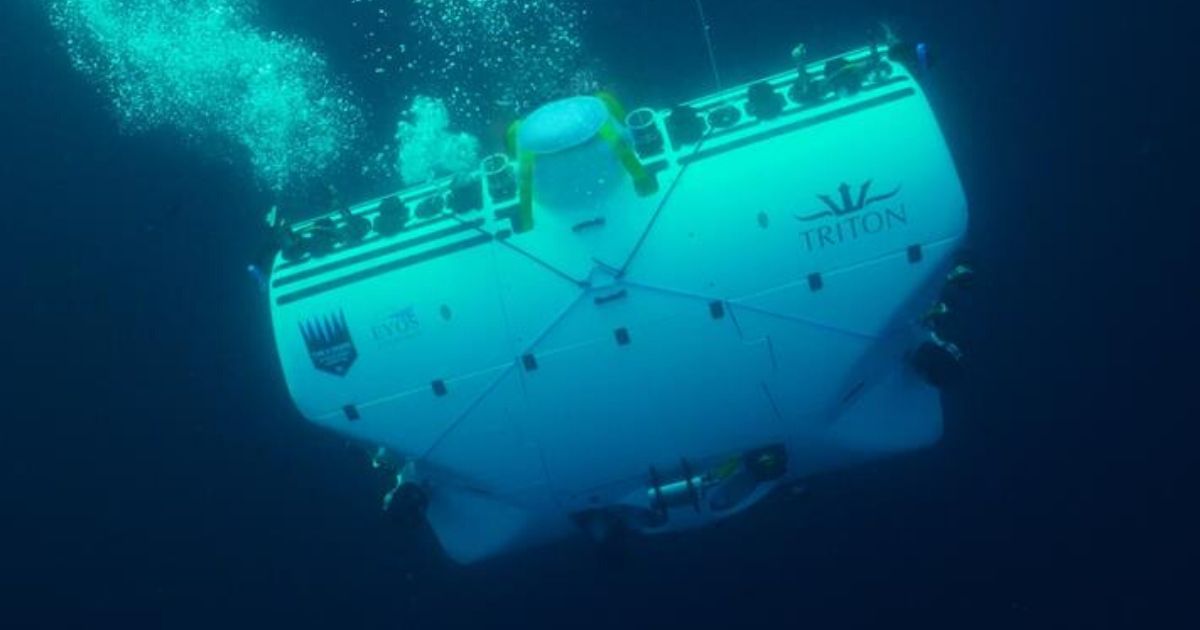 After successfully diving to the deepest point in the Mediterranean Sea, the Calypso Deep, in mid-February, Victor Vescovo and the Caladan Oceanic crew sailed through the Suez Canal and into the Red Sea.

In cooperation with KAUST, Caladan made multiple manned dives into the little-explored Red Sea and—for the first time—to its deepest point: the Suakin Trough. The team also dove the shallower but scientifically important Kebrit Deep, 250 miles to the north. 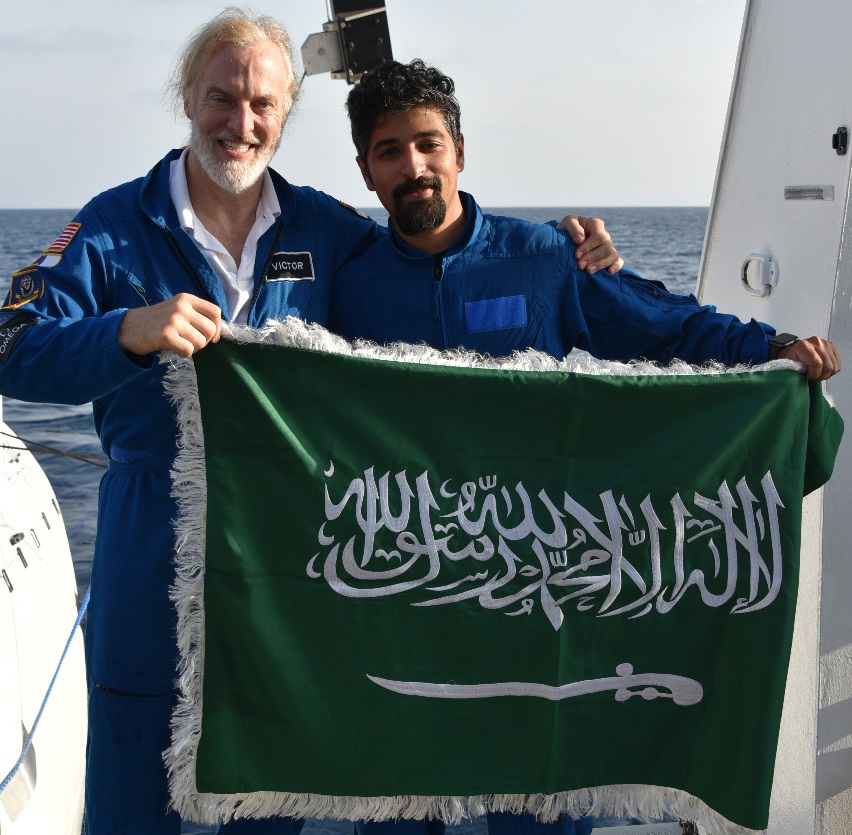 Explorer Victor Vescovo (left) and Mohammed A. Aljahdli (right), an engineer from the University's Coastal and Marine Resources Core Lab, were the first to descend to the bottom of the Red Sea's Suakin Trough. File photo.

Utilizing the state-of-the-art full ocean depth submersible DSV Limiting Factor from Triton Submarines, Vescovo dove two deeps: the Suakin Trough (at 2,777 m/9,111 ft) and the Kebrit Deep (at 1,470 m/4,823 ft), making him the first person in history to physically reach the points in the Red Sea. Accompanying Vescovo for the first dive at the Kebrit Deep was Dr. Alan Jamieson from Newcastle University, who acted as an observer for the five-hour mission.

Mohammed A. Aljahdli, a young engineer from Thuwal, Saudi Arabia, and a member of the KAUST Coastal and Marine Resources Core Lab, accompanied Vescovo on the first descent to the bottom of the Suakin Trough and the entire Red Sea. EYOS Expeditions executed the logistics and liaisons for the complex international expedition.

The Suakin Trough and Kebrit Deep exhibit remarkably unique characteristics, as both have "brine lakes" on the seafloor that are significantly different in character than the seawater above them. The feature creates distinct "shorelines" underwater between the regular seawater on top and the ultra-dense brine pools that settle in the centers of the Deeps.

The pools at these locations are approximately 10 meters deep on average. Mineral- and sponge-encrusted "chimneys" were observed dotting the "shorelines" of the Kebrit Deep, although none appeared active. The team also dived into the caldera of an extinct underwater volcano in the Suakin Trough to study its unique geology.

"It was wonderful to join a young Saudi Arabian national to the bottom of the Red Sea in a manned submersible—for the first time in history," Vescovo said. "We also believe this will make him the deepest-diving Saudi of all time. As we continue this year's expedition into the Indian and Pacific Oceans, we hope to explore as many new areas as possible with this, the deepest diving system on the planet, and investigate the 90 percent of the ocean that remains unexplored.”

"We are so excited about the collaboration between Caladan Oceanic and KAUST and even more proud that our very own Mohammed Aljahdali is the first Saudi to reach the deepest point in the Red Sea," said Justin Mynar, executive director of the KAUST Core Labs and Research Infrastructure, adding that the Red Sea is virtually unexplored and is a major research priority for KAUST.

"In order to protect this important resource, we need to understand it, and partnering with Victor [Vescovo] has given us the opportunity to observe and sample the deepest and most inaccessible regions like never before," Mynar noted.

The next phase in the 2020 Caladan Oceanic Expeditions is in partnership with the Nekton organization in the Indian Ocean to explore the Seychelles and Maldives for Nekton's "First Descent" program. For more details on the month-long expedition, click here.