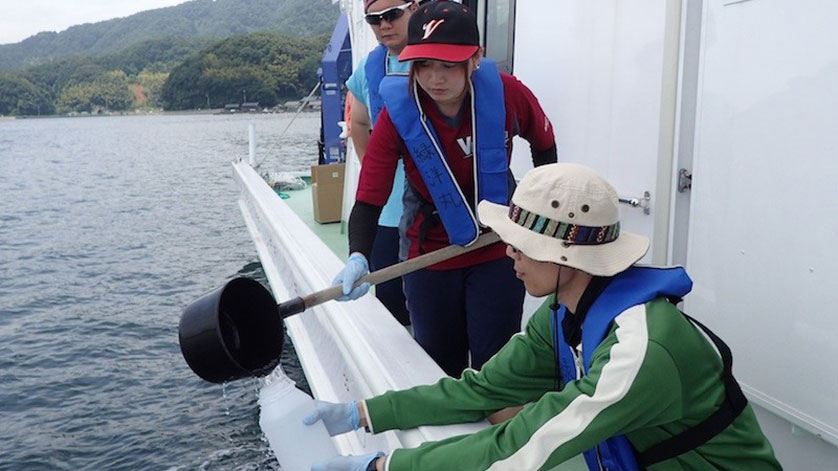 A Japanese research group has used a new technology that identifies multiple fish species populating local areas by analyzing DNA samples from seawater, and proved that this method is accurate and more effective than visual observation.

Until recently, marine surveys of fish species relied on diving or capturing methods that classified fish based on appearance. In addition to requiring a lot of manpower, these methods also depend upon specialist knowledge for fish classification. A new solution to the survey issue has recently drawn attention: environmental DNA metabarcoding, a method which can simultaneously detect multiple species. This method identifies the fish species through collection and analysis of DNA released by fish in seawater (environmental DNA, or eDNA). Until now, researchers could only gain limited confirmation of the effectiveness of this method because it had only been proven in areas with limited numbers of fish species. In places, such as the Japan coast, home to many different fish species, data collected using traditional methods is limited. As the results could not be compared with previous data, the effectiveness of eDNA metabarcoding remained unconfirmed.

This research group used eDNA metabarcoding in Maizuru bay, Kyoto prefecture. After just one day of field surveys applying this method, they were able to detect 128 species of fish from the seawater samples. Over 60% of the species observed during 140 visual surveys spanning 14 years were included in these 128 varieties. Excluding fish varieties who only migrated to Maizuru bay in certain years, this rose to nearly an 80% match. They also detected fish species that could not be confirmed by visual observation. Researchers believe that this method is the first time they have been able to detect certain varieties of fish larvae that are hard to identify through visual observation.

These findings show that even in areas with many different fish species, eDNA metabarcoding enables researchers to survey fish in multiple areas during a short time period. This method has potential applications for monitoring the invasion of foreign species across large areas, surveys of expanding fish distribution, and use in hard to access areas such as the deep sea, subterranean lakes, dangerous polluted waters, and protected areas where collecting specimens is prohibited. The findings were published on January 12 in Scientific Reports.