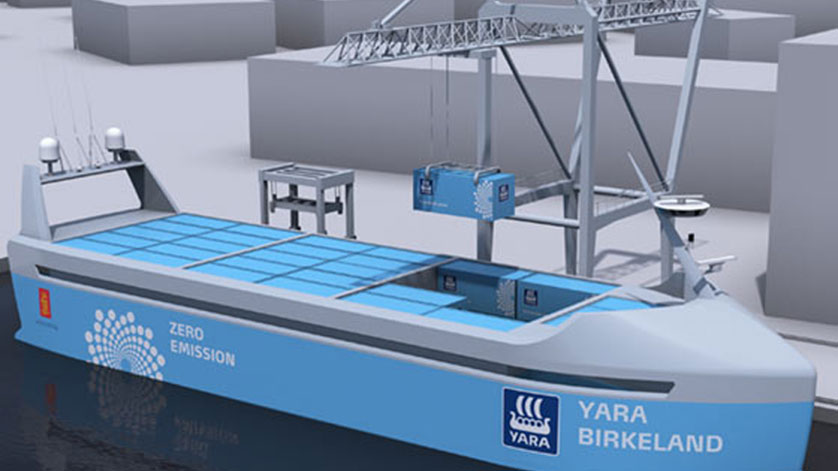 On September 28, 2017, the demonstration of a model of the world's first autonomous and electric container vessel - Yara Birkeland – will take place in an indoor ocean basin laboratory in Trondheim, Norway.

The model, which will be demonstrated in the 80-meter long SINTEF Ocean laboratory, is 6 meters long and weighs 2.4 tonnes. At the launch, the design of the vessel will be revealed for the first time.

The project has received a lot of attention since Yara and Kongsberg first announced the news of the vessel in May 2017.

Yara Birkeland is nothing short of a maritime revolution, with Norway in front. Yara collaborates with KONGSBERG on technology, Marin Teknikk on design, SINTEF Ocean on construction and testing of the ship model, DNV GL for certification and Norwegian maritime authorities to adapt legislation and regulations.

YARA Birkeland will initially operate as a manned vessel, moving to remote operation in 2019 and expected to be capable of performing fully autonomous operations from 2020. The new zero-emission vessel will be a game-changer for global maritime transport contributing to meet the UN sustainability goals.

At the demonstration, CEO of Yara Svein Tore Holsether and CEO of KONGSBERG Geir Håøy will be represented, as well as CEO of SINTEF Ocean, Vegar Johansen and Senior Researcher Ørnulf.