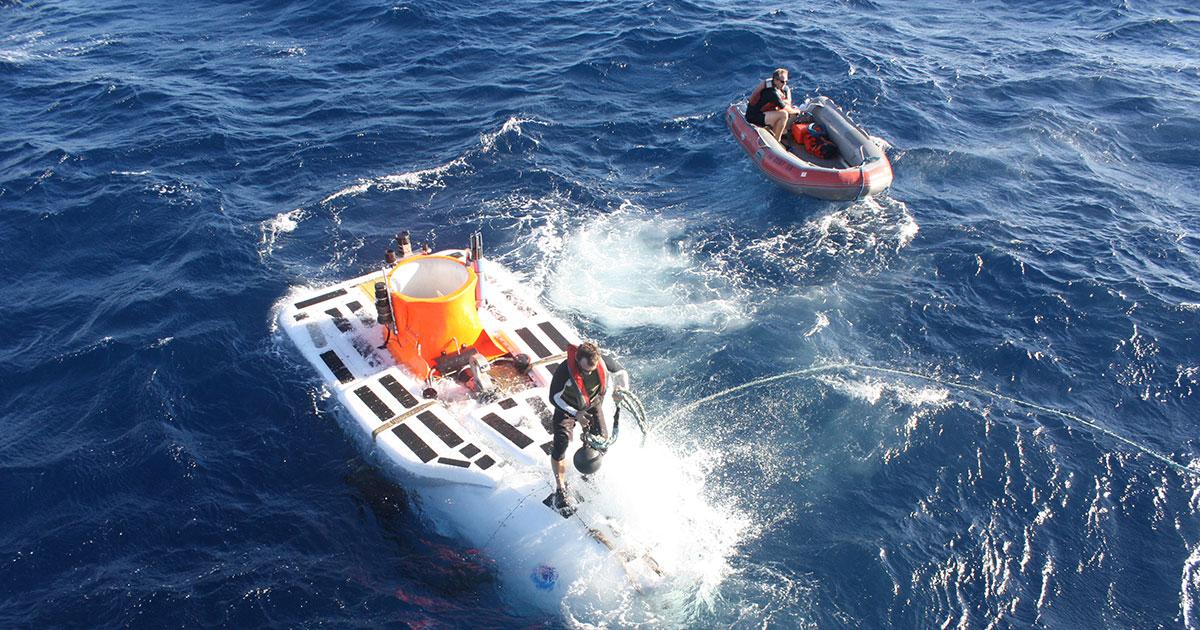 Just beyond where conventional scuba divers can go is an area of the ocean that still is largely unexplored. In waters this deep — about 100 to at least 500 feet below the surface — little to no light breaks through.

Researchers must rely on submersible watercraft or sophisticated diving equipment to be able to study ocean life at these depths, known as the mesophotic zone. These deep areas span the world’s oceans and are home to extensive coral reef communities, though little is known about them because it is so hard to get there.

A collaborative research team from the University of Washington, College of Charleston, University of California Berkeley, University of Hawaii and other institutions has explored the largest known coral reef in the mesophotic zone, located in the Hawaiian Archipelago, through a series of submersible dives. There, they documented life along the coral reef, finding a surprising amount of coral living in areas where light levels are less than 1% of the light available at the surface.

Their findings were published this spring in the journal Limnology and Oceanography. 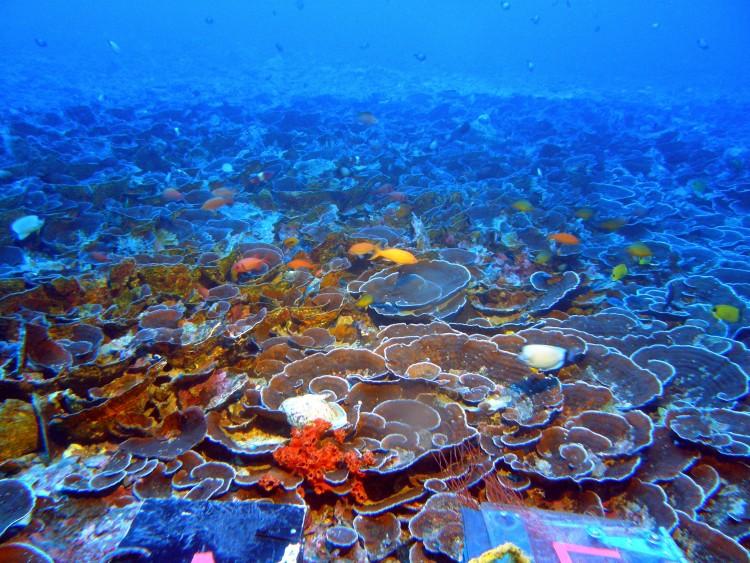 “Because mesophotic corals live close to the limits of what is possible, understanding their physiology will give us clues of the extraordinary strategies corals use to adapt to low-light environments,” said lead author Jacqueline Padilla-Gamiño, an assistant professor in the UW School of Aquatic and Fishery Sciences.

Knowing how these deep coral reefs function is important because they appear to be hotspots for biodiversity, and home to many species found only in those locations, Padilla-Gamiño explained. Additionally, close to half of all corals in the ocean have died in the past 30 years, mostly due to warm water temperatures that stress their bodies, causing them to bleach and eventually die. This has been documented mostly in shallower reefs where more research has occurred. Scientists say that more information about deeper reefs in the mesophotic zone is critical for preserving that habitat.

“Mesophotic reefs in Hawaii are stunning in their sheer size and abundance,” said co-author Heather Spalding at College of Charleston. “Although mesophotic environments are not easily seen, they are still potentially impacted by underwater development, such as cabling and anchoring, and need to be protected for future generations. We are on the tip of the iceberg in terms of understanding what makes these astounding reefs tick.” 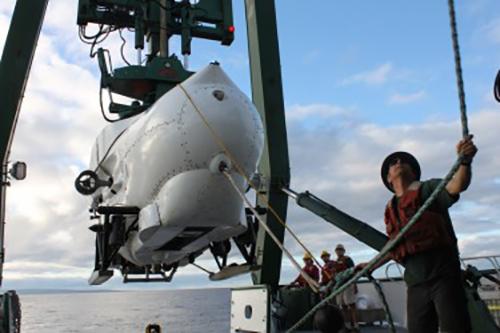 A researcher prepares to lower the submersible on a dive off the coast of Maui, Hawaii. Credit: Hawaii Undersea Research Laboratory

Padilla-Gamiño was on board during two of the team’s eight submersible dives off the coast of Maui that took place from 2010 to 2011. Each dive was a harrowing adventure: Researchers spent up to eight hours in cramped quarters in the submersible that was tossed from the back of a larger boat, then disconnected once the submersible reached the water.

Once in the mesophotic zone, they collected specimens using a robot arm, and captured video footage and photos of life that has rarely been seen by humans.

“It’s a really unbelievable place,” Padilla-Gamiño said. “What is surprising is that, in theory, these corals should not be there because there’s so little light. Now we’re finally understanding how they function to be able to live there.” 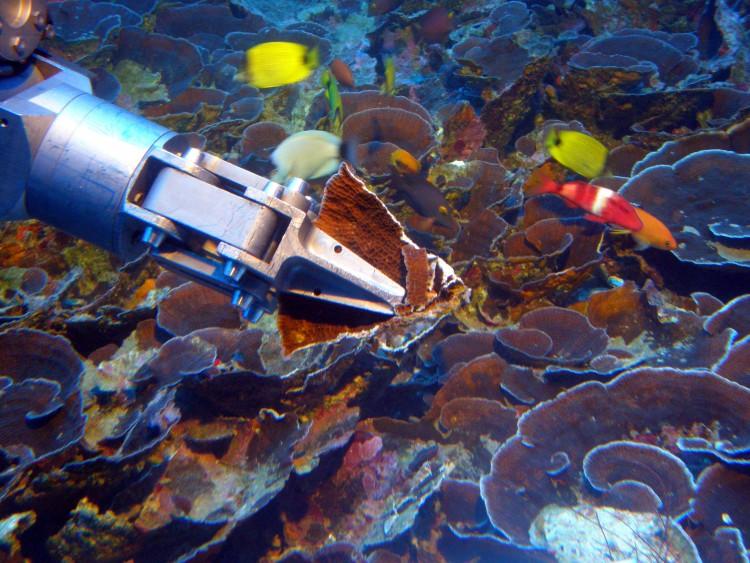 A robot arm attached to the submersible collects coral from the mesophotic zone off the coast of Maui. Credit: Hawaii Undersea Research Laboratory

By collecting coral samples and analyzing their physiology, the researchers found that different corals in the mesophotic zone use different strategies to deal with low amounts of light. For example, some species of corals change the amount of pigments at deeper depths, while other species change the type and size of symbionts, which are microscopic seaweeds living inside the tissue of corals, Padilla-Gamiño explained. These changes allow corals to acquire and maximize the light available to perform photosynthesis and obtain energy.

Additionally, the corals at deeper depths are likely eating other organisms like zooplankton to increase their energy intake and survive under very low light levels. They probably do this by filter feeding, Padilla-Gamiño said, but more research is needed to know for sure.

The researchers hope to collect more live coral samples from the mesophotic zone to be able to study in the lab how the symbionts, and the corals they live inside, function.

“The more we can study this, the more information we can have about how life works. This is a remarkable system with enormous potential for discovery,” Padilla-Gamiño said. “Our studies provide the foundation to explore physiological ﬂexibility, identify novel mechanisms to acquire light and challenge current paradigms on the limitations of photosynthetic organisms like corals living in deeper water.”

Other co-authors are Celia Smith at University of Hawaii at Mānoa; Melissa Roth at UC Berkeley; Lisa Rodrigues at Villanova University; Christina Bradley at Salisbury University; and Robert Bidigare and Ruth Gates at Hawaii Institute of Marine Biology.

The study was funded by the National Oceanic and Atmospheric Administration and the National Science Foundation.