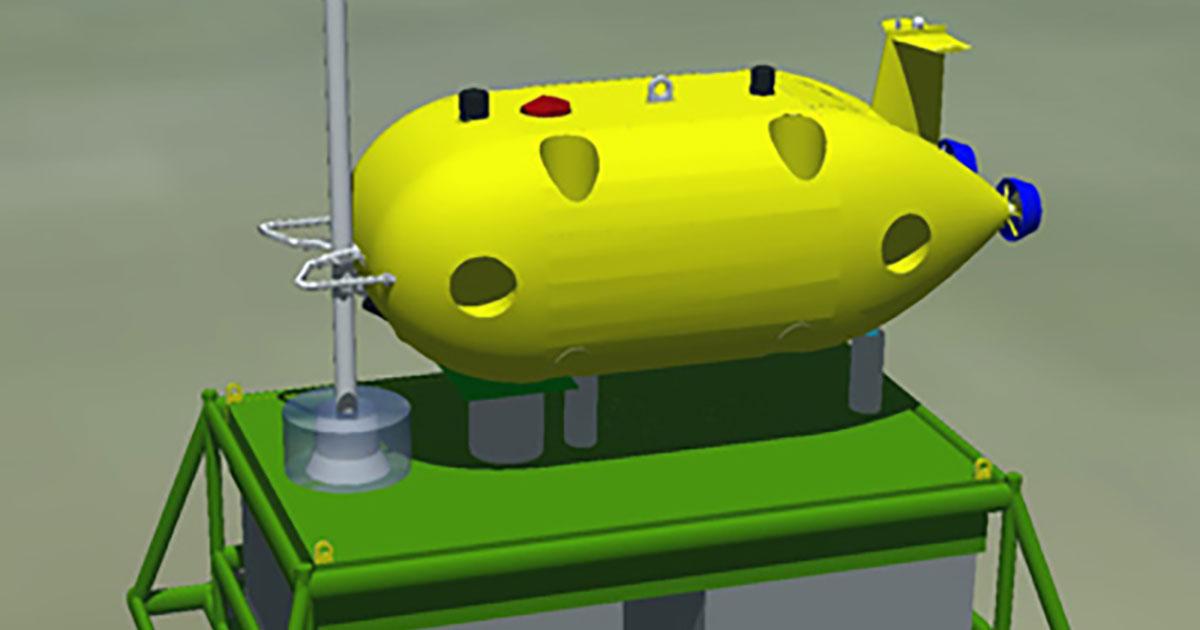 Kawasaki Heavy Industries, Ltd. announces that it has received an order from the Japan Agency for Marine-Earth Science Technology (JAMSTEC) to design and produce the Deep-sea Storage Terminal System, with the objective of establishing technology that realizes extended deployment of AUVs.

The project is ordered under the theme of “Innovative Technology for Exploration of Deep-Sea Resources” initiative of the Cross-ministerial Strategic Innovation Promotion Program (SIP) led by the Japanese government. The purpose of developing the Deep-sea Storage Terminal System is to allow for deep-sea recharging, as well as the communication of exploration data, thereby achieving extended deployment of AUVs.

Kawasaki will be responsible for the entire system design including the AUV-terminal interface, for detail design and producing the Deep-sea Storage Terminal System, and for conducting on-shore and seawater tests before its planned delivery to JAMSTEC in March of 2020.

One factor which led to Kawasaki’s winning of the order was the superiority of its proposed concept for an economically reasonable deep-sea terminal. Other factors were its automated docking and contactless charging technologies for AUVs, which were verified in 2017 in both Japan and Scotland, UK, and other proprietary technologies, including underwater communication technology.

Through this development project, Kawasaki will be working toward the practical application of technology that enables extended deployment of AUVs and improvement of their overall quality, with the objective of constructing a total system uniting the AUVs and the deep-sea terminal. Kawasaki will also aim at commercializing AUVs mainly for subsea pipeline inspections, as well as related devices by FY 2020.