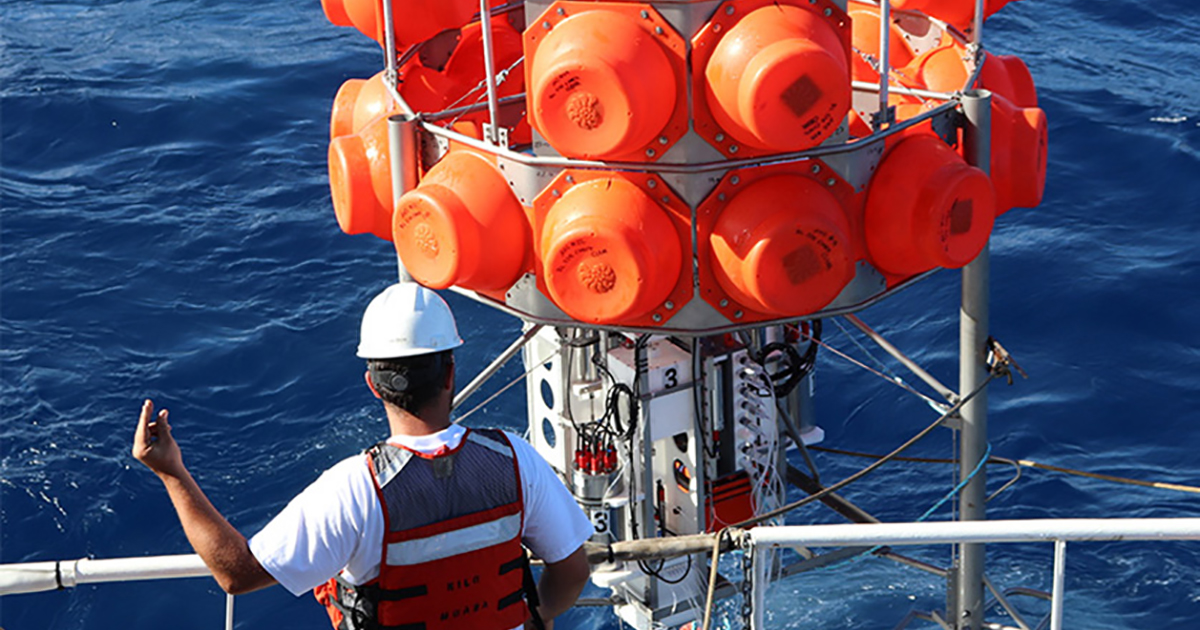 Bacteria living 4000m below the ocean surface in the Clarion-Clipperton Fracture Zone (CCFZ) are consuming carbon dioxide and turning it into biomass, a new study shows.

Until now, scientists believed the main source of biomass on the seafloor was the organic matter that floated down towards the depths: dead fish, plankton and other detritus.

Prof. Andrew K. Sweetman from the Lyell Centre for Earth and Marine Science and Technology at Heriot-Watt University in Edinburgh said: “We have recently made two major findings.

“In contrast to similar studies in the north Atlantic Ocean, we found that bacteria and not seafloor animals were the most important organisms consuming organic detritus that floats down towards the ocean floor.

“We also discovered that benthic bacteria are taking up large amounts of carbon dioxide and assimilating it into their biomass through an unknown process. This was completely unexpected.

“Their biomass then potentially becomes a food source for other animals in the deep sea, so actually what we’ve discovered is a potential alternative food source in the deepest parts of the ocean, where we thought there was none.

“If we upscale our results to the global ocean, our findings reveal that 200 million tonnes of CO2 could be fixed into biomass each year by this process.

“This equates to approximately 10% of the CO2 that the oceans remove each year, so it’s possibly an important part of the deep-sea carbon cycle.

“We found the same activity at multiple study sites separated by hundreds of kilometers, so we can reasonably assume this is happening on the seabed in the eastern CCFZ and possibly across the entire CCFZ.”

The CCFZ is a prime area of interest for future seabed (polymetallic nodule) mining. Sixteen contractors from countries like the UK, Germany, France and Korea have claimed exploration rights in this region, and have begun conducting surveys to gather baseline data on biodiversity and genetic connectivity across their claim areas.

Dr. Sweetman is calling for the International Seabed Authority to ensure contractors in this area will implement carbon cycling monitoring as well as biodiversity and genetic studies.

Sweetman said: “If mining proceeds in the CCFZ, it will significantly disturb the seafloor environment.

“Just four experiments similar to ours have been conducted in situ in the abyssal regions of the oceans; we need to know much more about abyssal seafloor biology and ecology before we even consider mining the region.

“The full-scale mining proposed in the Clarion-Clipperton Fracture Zone could significantly impact benthic ecosystems for decades, perhaps even longer.

“Now that we have shown that novel carbon cycling processes are happening on the seafloor in this region, which may be very significant in terms of the carbon cycle, authorities should insist that hopeful mining contractors study these processes in baseline surveys, impact assessments and monitoring, so that mining-related changes in this important ecosystem process can be identified and tracked.”

The findings were published in the journal Limnology and Oceanography.

Researchers from across Heriot-Watt’s global campuses are focused on Year of the Sea 2018, a calendar of engagement that will span schools, the public, academia, industry collaborators, funders and policymakers.

Keep up-to-date with Year of the Sea across all channels using #yearofsea2018, click here.