Could Your Ballast Water Treatment Be Dangerous to Your Health? 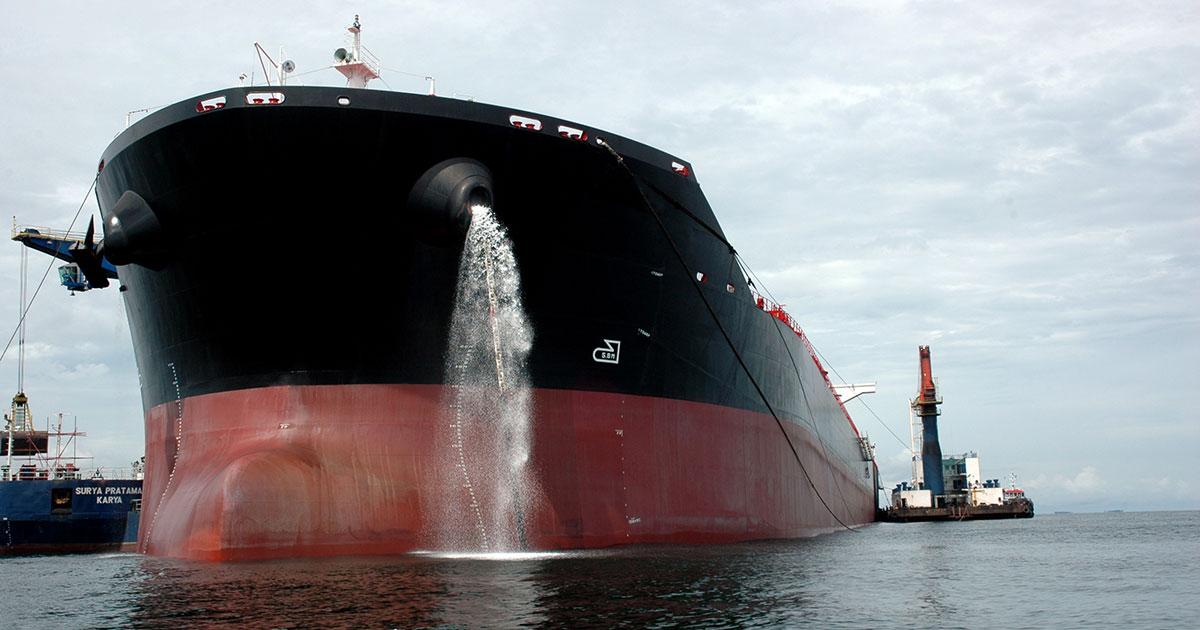 The dangers of chlorine in ballast water treatment

Without the right equipment, ballast water treatment can be a real headache for operators. As well as the expense, there are numerous other considerations – especially regarding the use of chlorine, the most common method of treatment.

One of the biggest problems faced by the shipping industry is the spreading of Invasive Aquatic Species from a ship’s ballast water. Bio-invasion has increased at an alarming rate, such as Golden Mussels, Zebra Mussels, North American Comb Jellyfish, the Cladoceran Water Flea, and the North Pacific Seastar has led to ballast water treatment becoming a hot topic in maritime discussion around the world, leading to an implementation of a ballast water management plan.

The main types of ballast water treatment technologies available in the market are:

Many of these will require the fitting and storage of new equipment. This makes it prohibitively expensive as well as disruptive for ships that are already operating. For this reason, chemical treatments are far more widely used.

Biocides can be easily stored onboard ship and don’t require complicated machinery to apply them. Ozone, for example, is a very powerful oxidizing agent that dissolves in water and reacts with other chemicals that are present to kill organisms.

But chemical treatments come with their own set of problems. Although ozone has been used as a disinfectant for over a hundred years, it’s very unstable and toxic to humans, even in small quantities. In addition to this, it’s a harmful pollutant that damages the atmosphere and the environment when ballast water is pumped out into the sea.

With chlorine being widely adopted as part of a ballast water management plan, we’ll take a look at some of the considerations surrounding this popular treatment.

Chlorine is used extensively for disinfecting drinking water but it’s a very effective and common chemical for treating ballast water too. Like ozone, however, it comes with some significant drawbacks. Because it combines with almost every element, it can form toxins in seawater. In its gas form, it’s so harmful to humans that it was used as a chemical weapon. A painful reminder as to the catastrophic effects of chlorine is one of the most iconic images of the first world war.

This chemical was first used by German forces with the aim to demoralize, injure, and kill entrenched defenders, against whom the indiscriminate and generally very slow-moving or static nature of gas clouds would be most effective. Major Karl von Zingler described the use of chlorine in an attack as an effective but horrible weapon. As little as 1000 ppm is fatal after only a few breaths and the effects will be felt in seconds. After you’ve inhaled chlorine, your eyes and skin will become irritated and you’ll find it difficult to breathe with a tightening chest, stinging throat and persistent cough.

Following chlorine exposure, the most common symptoms are:

Even if the initial exposure isn’t immediately fatal, chlorine causes fluid build-up in the lungs which can lead to pulmonary edema after a few hours and is a cause of cancer in the long-term. Contact with liquid chlorine can cause frostbite – in skin and eyes – and there is no antidote. The effects of exposure are treatable, but this treatment must be fast and effective with hospital care.

Chlorination systems generally apply a dose of about 2 mg/l residual chlorine which is effective for treating ballast tanks and safe for seafarers as long as guidelines are followed correctly. Some solutions, unfortunately, also use Sodium Hypochlorite with a concentration of up to 10 ppm, which can leave a potentially dangerous the gas residue in the tanks after the water is pumped out. The main issues come from exactly that, the residue that’s left behind after the water has been pumped out. Even if a ballast tank appears clear, the sediment or mud can contain dangerous levels of chlorine that’s heavier than air and can’t escape through ventilation.

A 2005 study by the US Navy showed the feasibility of gas bubble formation in sediment and mud. Even with forced ventilation, the gas may not be entirely released due to composition, sediment/mud volume, temperature or a whole range of other conditions.

Chlorine is difficult to detect by sight or smell, so it poses a significant threat to any crew member that enters. Crews may enter a tank which they believe to be clear of gas – even when the tank has been closed for a long period of time. Changes in the atmosphere or movement can now cause the potentially lethal gas to be released. Much like the entrenched troops of WW1, without any appropriate gas detection equipment, the fact may not be realized until it’s too late.

Gas detectors are vital for ballast tanks that have been treated with chlorine and should form part of the ship’s safety management procedures for enclosed and confined spaces. In addition to protecting your crew, failing to equip your vessel with adequate gas detection equipment carries heavy penalties – and detentions and advisories are on the increase.

The IMO clause in SOLAS REGULATION XI-1/7 states that:

‘2 It should be noted that, given a ship’s specific characteristics and operations, additional atmospheric hazards in enclosed spaces may be present that may not be detected by the instrument recommended to be selected by these Guidelines, and in such cases, if known, additional appropriate instruments should be carried.’

Simply put, if there’s a risk of gas being present, your crew need to be equipped with appropriate equipment to detect these gasses.

As well as testing for the standard four gases (Flammable, H2, CO, and O2), the Marine 5 dual-sensor can also monitor chlorine. This means that there’s no need to provide individual gas detectors for different gases – the Marine 5 provides multiple gas detection in one portable device. The range of bespoke gases you can detect with the dual sensor include:

It’s an effective and affordable solution for gas detection, improving safety and efficiency while reducing operating costs. It will also dramatically cut down on calibration gas wastage and allow you to perform on-board bump testing, saving you time and hassle.