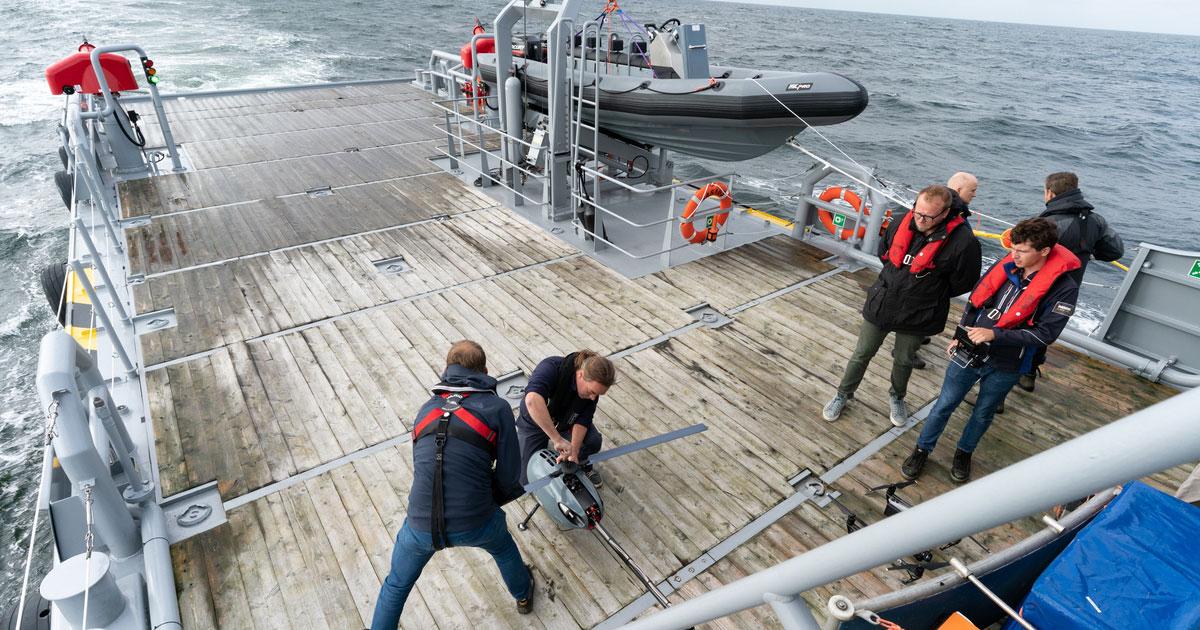 Damen Shipyards Group, in collaboration with Delft Dynamics and Next Ocean, has trialed a new approach to search and rescue in the North Sea. The collaboration involved qualification testing of Delft Dynamics RH3 drone (RH-3 Swift), along with a fast rescue boat launched from a Damen Sea Axe Fast Crew Supply (FCS) Vessel equipped with Next Ocean’s wave and vessel motion predictor.

The goal was to test the limits of drone helicopter operations offshore; a significant project given the notable size of the drone involved. The test was funded by the Dutch Ministry of Defence and support by the Royal Netherlands Navy and the Netherlands Coastguard. 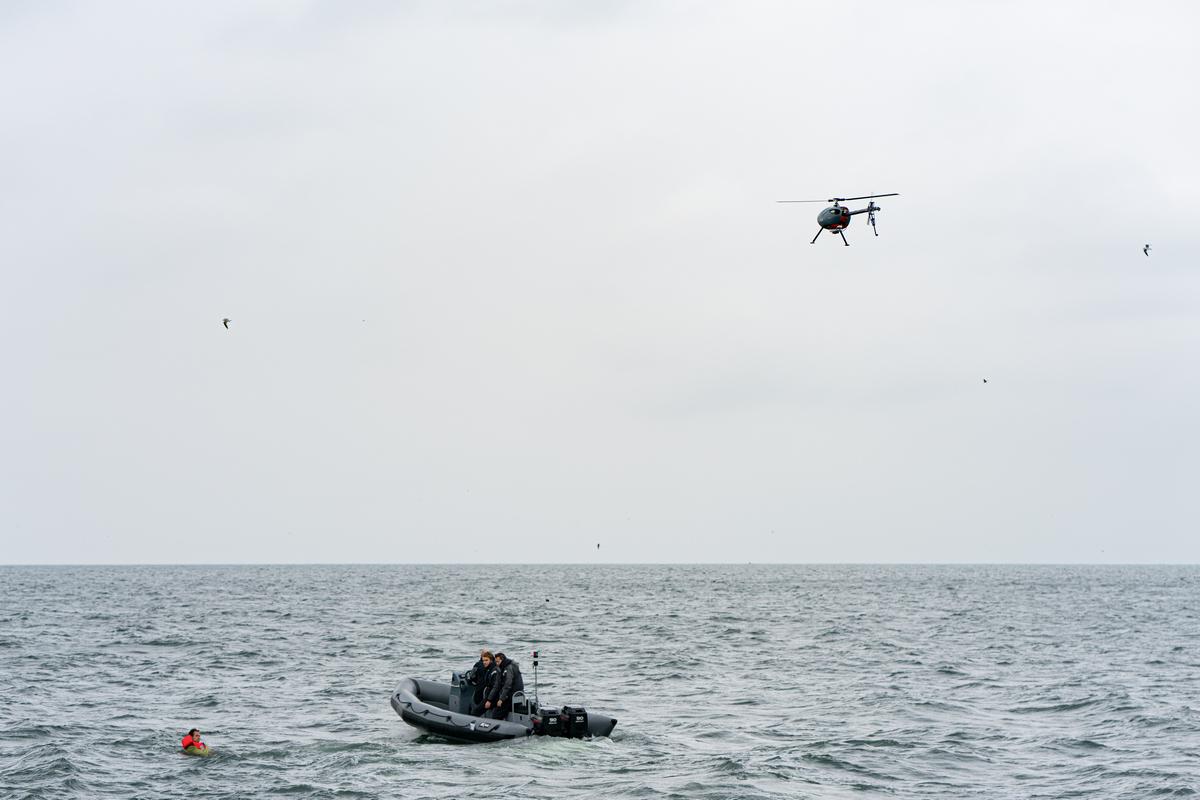 Delft Dynamics is currently working on the next stage in the evolution of its unmanned helicopters, a drone with the capability to carry out observation for durations up to four hours. A logical environment for such capabilities is offshore. Hearing the company’s feasibility study presentation regarding launching such a vehicle from a vessel, Damen came on board the project with the suggestion of adding a fast rescue boat to the process.

The partners foresaw that the most challenging part of the project would be launching and landing the drone and boat in rough seas. At this point Damen called upon the expertise of Next Ocean – the producer of a wave and vessel motion predictor, which Damen had already experienced in tests on one of its Stan Patrol ships. 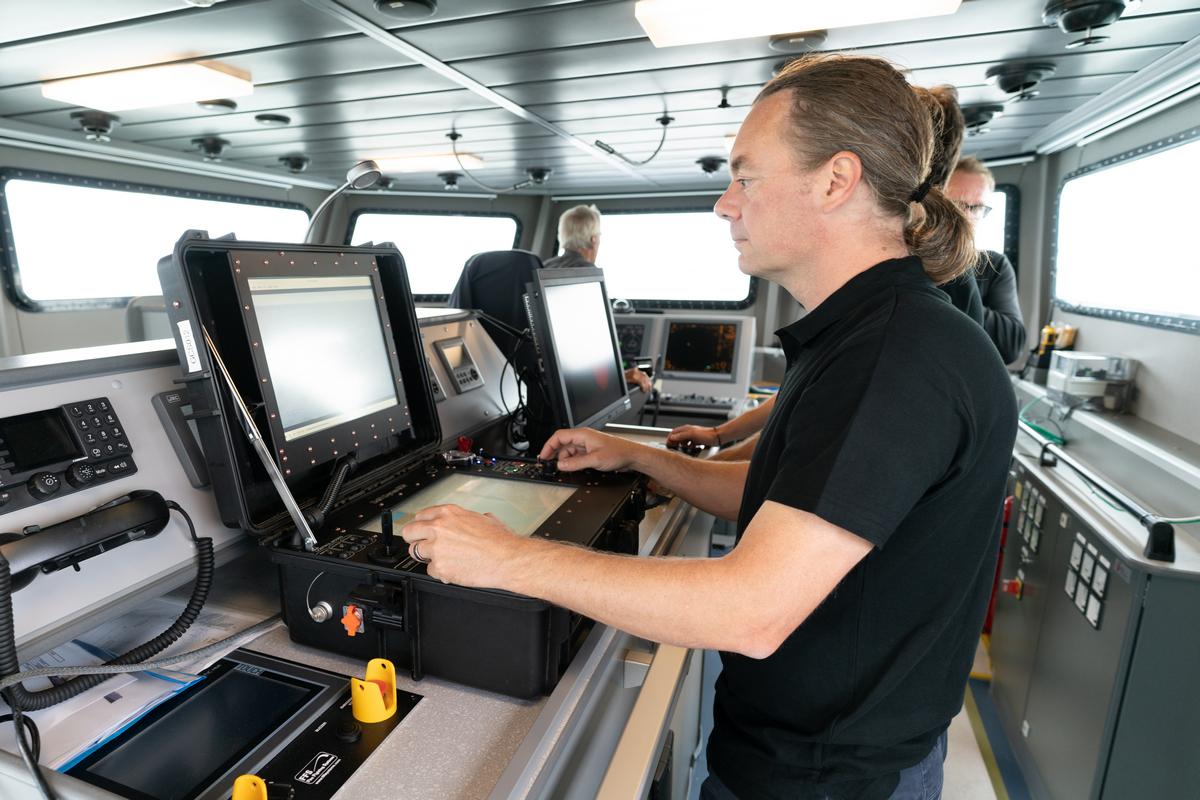 The wave prediction system uses the ship’s radar to map the sea approximately 1 nautical mile around the vessel, enabling the prediction of wave activity accurately for the coming three minutes.

“With this we can predict when there will be a window of opportunity to launch the drone and the rescue craft. Take-off and landing of the drone take just 30 seconds, for example,” explains Albert Rijkens, Damen High Speed Craft Portfolio Manager R&D. “The wave prediction system makes this approach feasible and safe.”

“Performing this test was a tremendous success and demonstrated clearly the feasibility of taking off and landing the drone in rough seas, especially with the excellent sea-keeping behavior of the Damen Sea Axe bow, paving the way for its use in a wide variety of offshore operations, including search and rescue, fishery inspection, border patrol and humanitarian aid missions,” says Delft Dynamics’ COO and Co-Founder Boris Langendoen. 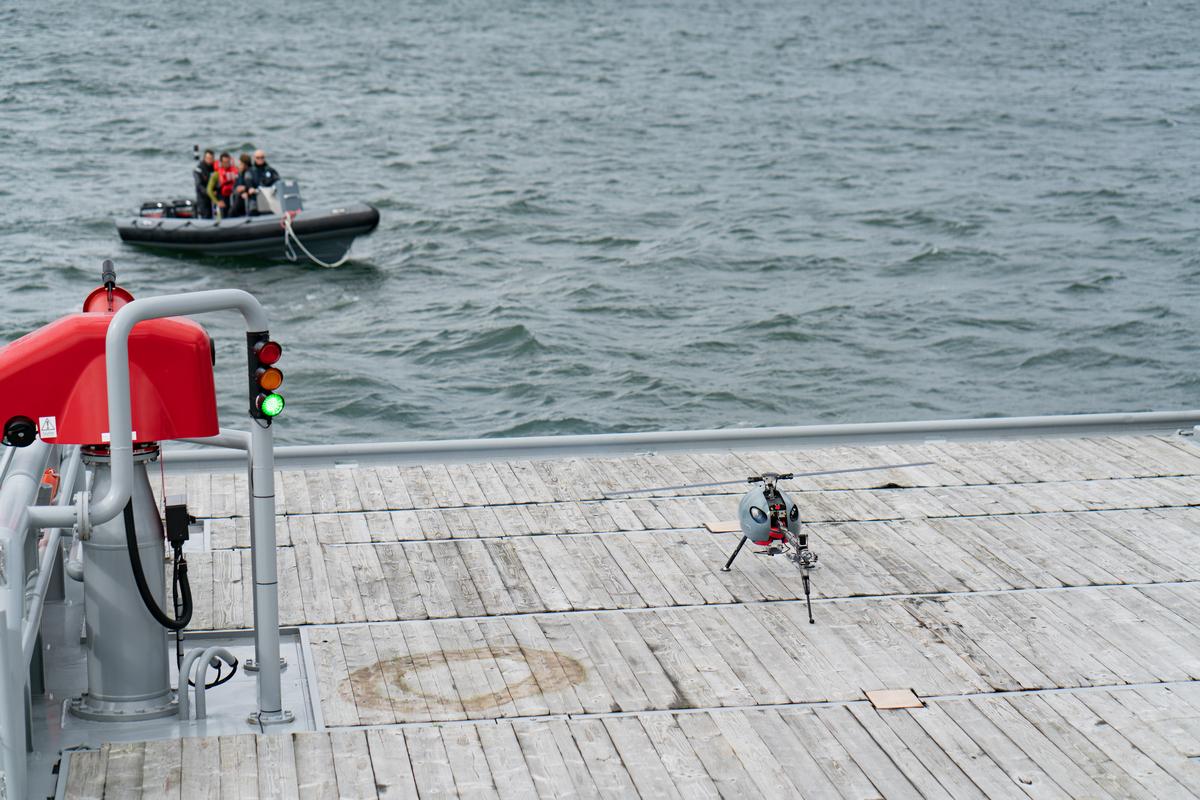 The test also provided additional data for the further development of the Next Ocean wave prediction system, states Karel Roozen, Co-Founder of Next Ocean. “The system is in a state of constant evolution. The more data we collect, the more we can improve on its capabilities. The current version is developed for operations on board dynamically positioned or slowly (up to aprox. 8 knots) moving vessels. Apart from demonstrating the system at low speed, we gathered information during this trial which will help prepare it to operate at up to 25 knots or even higher speeds, paving the way for a whole new set of additional applications.”

This cooperative approach is, according to Albert, the key to innovation. “At Damen we hold the philosophy of ‘collaborate to innovate’. It’s something we have done for years already. Working together with our partners – particularly start-ups with the innovative ideas they are looking to trial – is an excellent way to look at ways in which technology can help our clients make their maritime operations safer, more efficient and more sustainable.”