The award-winning electric ship Brim Explorer has entered service in Tromsø as one of the world’s first hybrid-electric powered aluminum whale watching vessels. 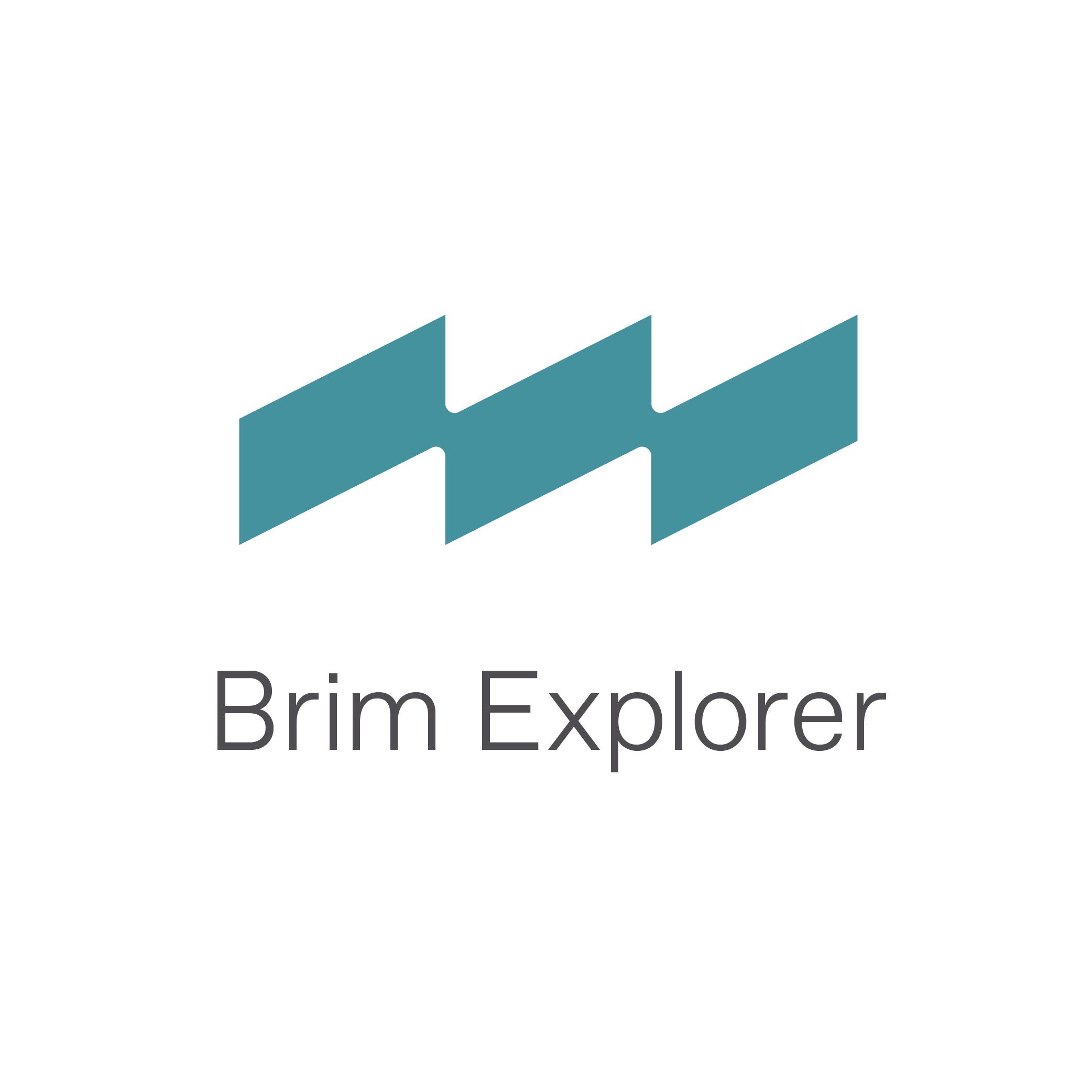 The vessel, built at Maritime Partner shipyard in Ålesund, Norway has been constructed to go beyond even the very latest of environmental requirements. Following a month of tests and the official launch and baptism ceremony, it is now in its home port of Tromsø, offering tourists the voyage of a lifetime.

Hundreds of people gathered to witness the ceremony, taking an opportunity to appreciate the silent operations of the unique hybrid electric vessel, designed specifically to meet growing environmental requirements now and in the future, while allowing tourists to witness the peaceful beauty of the North Norwegian Fjords.

The silent beauty of the region can truly be appreciated when the vessel is propelled by batteries alone, eliminating the noise and vibration of a normal ship engine running on diesel.

“This has been super rewarding even though it has been hard work,” says Brim chief executive and co-founder Agnes Arnadottir, explaining the process of being inspired to build a new generation of boat and convincing backers, yards and suppliers to work on something so novel. “We now know every single part, every nut and bolt, on this ship”.

The duo was responsible for bringing in the NOK 46m (USD 5.2m) financing for a project which he says entailed enlisting a shipyard and suppliers to deliver a uniquely aesthetic design and ultra-clean propulsion system.

“We have had to do things from scratch, including financing the project, using so much innovative design and technology,” he says. “But now we have delivered the first electric ship for northern Norway and now we can start twice daily tours from Tromsø.”

The aluminum hulled vessel with huge windows and observation platforms can take up to 140 passengers out on sustainable whale watching and sightseeing tours powered by a battery system supplied by Corvus Energy, a driveline by Servogear, and system integration by Brunvoll Mar-El.

Investor support for designing a vessel from scratch rather than adapting an existing design has allowed Agnes and Espen to build a vessel that meets their own goals, as well as the tightening societal and regulatory requirements for shipping. 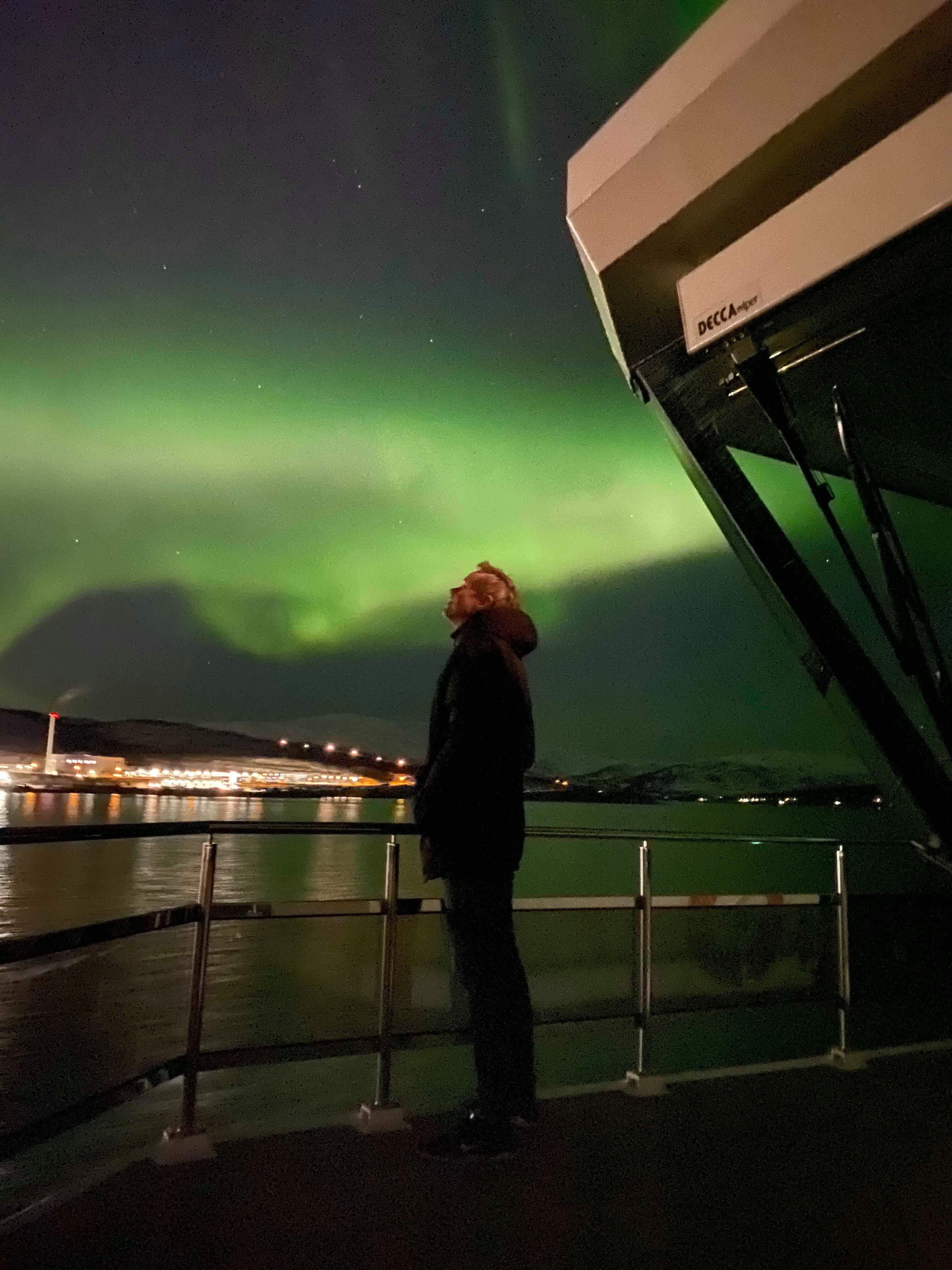 One of the benefits for the vessel design will be the ease with which its batteries can be recharged – the vessel will need only a 400V 124 amp industrial power outlet to recharge.

During the ceremony, Bente Holm, director of VisitNorway, was named as the vessel’s godmother. In her speech she emphasized that “Brim represents a breaking, environmental wave in the tourism in the north. The standard they set represents Tourism 2.0 in Norway and the rest of the world.”

Among the guests at the ceremony and able to witness the capabilities of this new vessel were the Mayor of Tromsø Gunnar Wilhelmsen, environment profile and founder of Bellona Frederic Hauge, as well as friends, family and investors and of course curious onlookers and competitors.

From the shipyard Maritime Partner, CEO Peder Myklebust described the project as “a series of innovation in both hull design and propulsion as well as its characteristic design” and that the great collaboration with Brim made it possible to solve challenges together.

Bellona founder Frederic Hauge explained there is a difference between the talkers and the doers, and that Brim Explorer represents the doers. “Brim is at the forefront in the green maritime industry, an industry that needs to take steps in order to achieve our climate commitments.”

Brim already has a second vessel nearing completion and set to enter service in Spitsbergen on the remote Northern island of Svalbard. This will be the first ultra-clean vessel specifically built to Polar regulations. The vessel will be operated in conjunction with the Norwegian cruise and ferry operator Hurtigruten, allowing passengers and guests from Hurtigruten to enter waters that may be off limits to other cruise goers.

Science-Driven Solutions to Gulf of Mexi

BIRNS Selected by DeepFlight for Connect

Damen Companies Working Together to Prov

Innovating for the Upturn: Expro’s Range