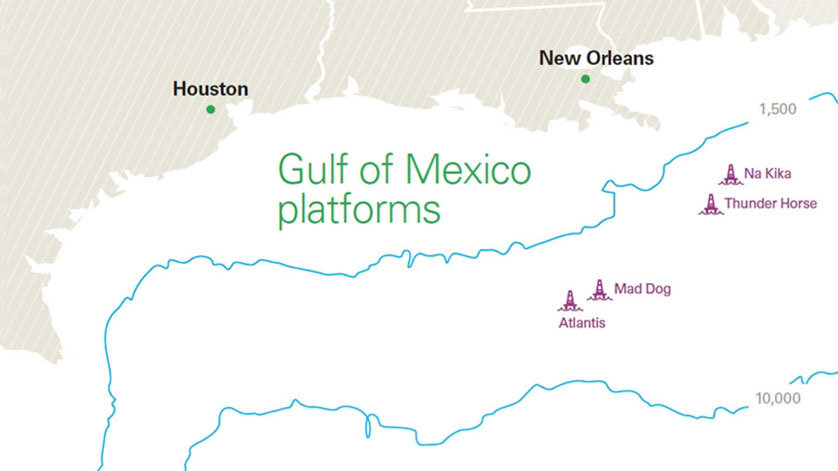 BP has announced a major breakthrough in seismic imaging that has identified more than 200 million barrels of additional resources at BP’s Atlantis field in the deepwater Gulf of Mexico. As a result of this early success, BP now is deploying this technique to fields elsewhere in the Gulf of Mexico as well as in Azerbaijan, Angola, and Trinidad and Tobago.

The innovation has enabled BP to enhance the clarity of images that it collects during seismic surveys, particularly areas below the earth’s surface that complex salt structures previously obscured or distorted. The sharper seismic images mean that BP can drill new development wells in deepwater reservoirs with higher confidence and accuracy.

“This technological breakthrough has essentially allowed our team to find a new oil field within our existing Atlantis field,” said Bernard Looney, chief executive of BP’s global upstream business. “Given the overwhelming success of this project, we are now deploying this technology across BP’s global operations.”

Proprietary algorithms developed by BP’s Subsurface Technical Center were applied on seismic data run at BP’s Center for High Performance Computing, one of the largest supercomputers in the world dedicated to commercial research. The algorithms allowed data that would normally take a year to be analyzed to be processed in only a few weeks, accelerating BP’s development decisions for the field.

“This innovation again shows that BP remains at the forefront of advanced seismic imaging and digital technologies,” said Ahmed Hashmi, BP’s head of upstream technology. “The new technique has produced the best images of this reservoir that we have ever seen.”