Automated Evaluation of Underwater Images as a Global Task 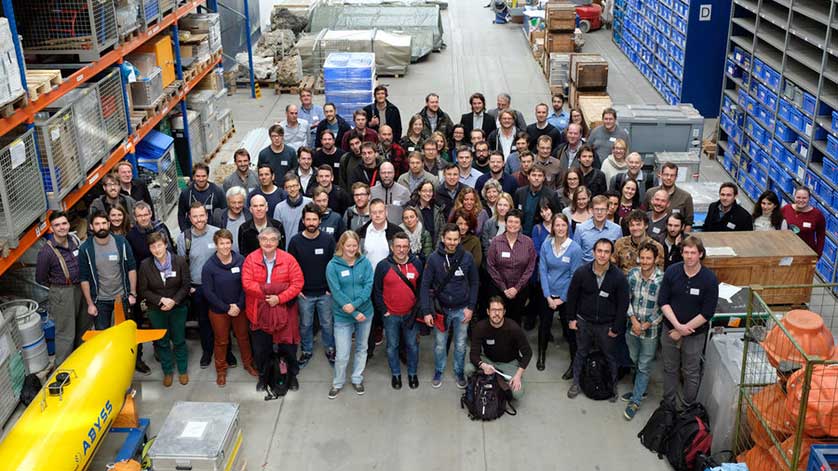 They generally acquire several thousands to ten thousands of images during a single measurement campaign. However, the scientists who use them are not concerned with the aesthetics of previously unknown underwater worlds. Properly evaluated, these images contain information about ecosystems, about geological processes in the seabed, about pollution of the oceans or potential marine resources. 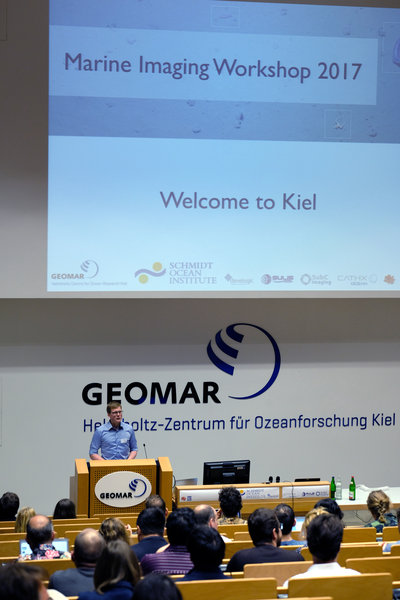 Opening of the MIW on Tuesday. Photo: Jan Steffen, GEOMAR

On February 20-24, 120 experts from 25 nations convened at the GEOMAR Helmholtz Centre for Ocean Research Kiel gathered to discuss the latest trends and developments in underwater imaging and the evaluation of these images at the second international “Marine Imaging Workshop”. “The past three years since the first Marine Imaging Workshop at the National Oceanography Center in Southampton have seen a fast development in this area,” says Dr. Timm Schoening from GEOMAR's research division 2, who organized the workshop, “above all the hardware, like cameras, pressure housings and the equipment carrying the cameras are getting better and better.” The automated evaluation of large numbers of images with the aid of corresponding machine learning software has also been improved, but this area still offers considerable potential for further development.

“The atmosphere during the workshop was very good. The open format with lectures, posters and discussions in small groups has brought together different scientific disciplines and opened new perspectives. There were many interesting suggestions regarding technical, algorithmic and methodological improvements. In essence, it has become clear in the discussions that even the largest marine research institutes cannot cope with the challenges of image evaluation alone. Therefore, the global network formation was an important aspect of the past few days, “summarizes Dr. Schoening.

The next Marine Imaging Workshop is organized by Ocean Networks Canada and is scheduled to take place in Canada in two years.