Arctic Sea Ice Has Been in Decline for Decades, According to a New Scientific Paper 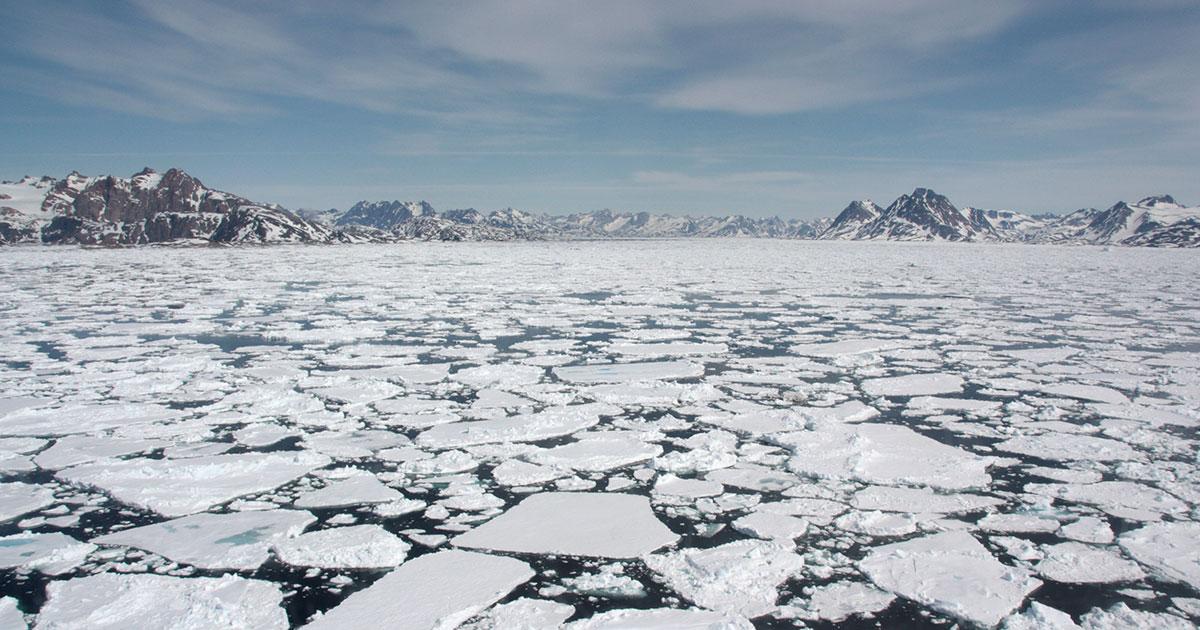 “When you look at the data, there is no denying that our planet is changing rapidly,” said Serreze. “Arctic sea ice loss is one of the most prominent signals of environmental change in the world, and we’ll continue to see this occur as time goes on. As Earth continues to warm, the Arctic will continue to transform.”

The review study was conducted by observing seasonal sea ice extent in the Arctic and Antarctic via satellite passive microwave records from 1978 to 2017. It discusses the drivers behind the downward trend in sea ice extent, variability around sea ice extent, and predictability of ice conditions in the future.

Satellite records have shown a decline in Arctic sea ice extent for all months, with the most drastic loss visible in September and the least during the winter months. This sea ice loss aligns with an upward trend in global average surface air temperatures due to rising concentrations of carbon dioxide and other greenhouse gases in the atmosphere.

The Arctic ice cover is also thinning and this thinning plays a role in the decline of Arctic sea ice extent. Sea ice is categorized by age classes: first-year ice versus multiyear ice. First-year ice forms in a single growth season and a large percentage of it melts away during the summer months. However, some survives and thickens during the next winter, becoming multiyear ice, which is categorized by having survived one melt season or more. So, older ice is generally thicker ice.

Over the past several decades, the Arctic has lost much of its multiyear ice. This is due to both melt and the export of the ice out of the Fram Strait, and it is not being replaced. Thinner first-year ice, which is more vulnerable to melting away in summer than thicker, multiyear ice, comprises a larger percentage of total ice cover than in the past.

As multiyear ice continues to decline and first-year ice makes up a larger percentage of total ice cover, it is more likely that the Arctic will become “seasonally ice free” in the future, though there is debate among scientists on when this will occur. This means there will be a period of time in late summer or early autumn when there is little to no sea ice present in the Arctic.

Variability in sea ice extent in any given month is linked to departures from norms in atmospheric circulation patterns, especially those in summer persisting for greater than one month. This includes both dynamic and thermodynamic components, such as winds, temperature, and snowfall.

Variability is particularly important in the Antarctic. In contrast to the Arctic, the Antarctic trends are much smaller and slightly positive. However, the year to year variation in the ice cover is much greater as is the regional geographic variation, with some regions showing large downward trends and others showing large upward trends. Unlike the Arctic, the Antarctic changes to date are best described by variations in ocean atmospheric and oceanic circulation and are not yet responding to the overall warming trend.

The Arctic is warming twice as fast as the rest of the world, and sea ice loss plays a large role in this. While warmer conditions lead to more melting of sea ice, the loss of sea ice also makes it warmer - a vicious feedback cycle. Some scientists believe this Arctic amplification of temperature change will have impacts on the polar jet stream and mid-latitude weather patterns. It has also been linked to coastal erosion and regional changes in weather patterns, such as increased rain-on-snow events, which could be detrimental to Arctic wildlife.

In addition, as sea ice continues to melt, the Arctic will become more accessible for resource extraction, marine shipping, and tourism, creating a new set of challenges for the region, as well as opportunities. Monitoring and predicting sea ice extent and thickness loss will continue to become more and more valuable as the global economy turns an eye to this ever-changing region.